It has been a long time since all four of us spent an entire weekend here at home...no one working, no one shopping or running errands, no one socializing, no one even going to church. Winter storm Jonas offered us two and a half days to slow down. We did a little housework, drank a lot of coffee, ate too much, kept up with the laundry in case we lost power (we didn't), watched videos, cleaned out a couple of closets...and told snow stories. 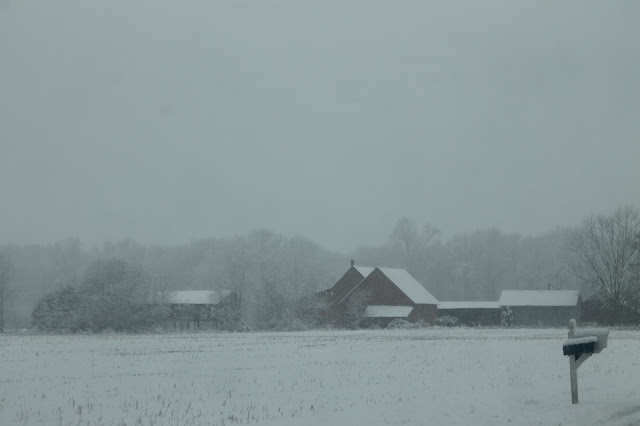 On Sunday afternoon, I asked everyone to share a snow memory.

I went first. Of course, I had to tell two because who can decide? And why tell one story when you can tell two?

I preface mine with the fact that my parents were very protective and if they had had a clue of what we were doing, they'd have both had coronaries. They thought that the church youth were going "sledding" because that's what it was called. But the "sleds" were car hoods that were roped onto the backs of pick-up trucks! Five or six kids would pile on the upside down car hood, and then the driver would drive down a dark, winding country road while we slid around and hung on and had the time of our lives! I didn't know enough to be afraid, and my parents didn't know that the "sleds" were car hoods, and what in the world were the adults in charge thinking? As an adult, I cringe. But oh, did we ever have some fun that night!

My other memory was of a similar incident, only this time Ron and I were married, and we were on the family farm, and the car hood was tied to the back of a tractor driven by Ron's brother. And I was very newly pregnant with my firstborn. (Yikes!) There were young adult brothers and sisters and in-laws and nieces and nephews, and again, we had such fun!

After I finished, Kati said, "Both of your stories are adventurous, Mom!" Which strikes us all as being ironic as I am truly the least adventurous person that I know. (Who was that crazy person?) 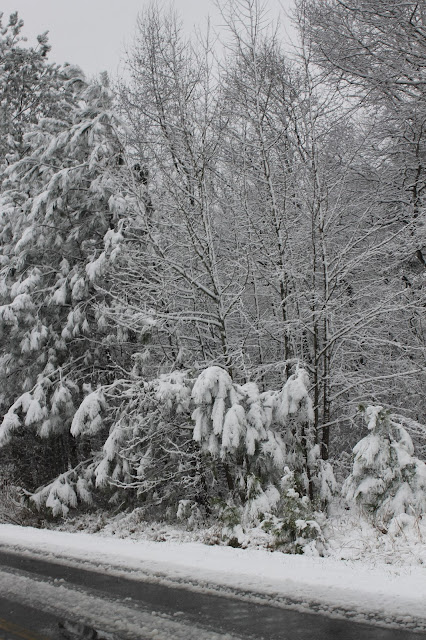 Kati reminisced about childhood snow days when Ryan still lived at home. His good friend Josh would drive over to our house, and Ryan, Kati, and Josh...and Ryan's black Lab, Buster, who loved snow...would walk back to the woods and shake snow from tree limbs on each other's heads and throw snowballs and make snow angels while Buster tried to lick their faces. They would build a snowman if the snow was right.

Bekah remembered a time that Sarah (who was not yet Ryan's wife) came over and she built a row of tiny snowmen on the picnic table. Sarah was also snowed in with us one time, and the power went out and we played charades by candlelight. 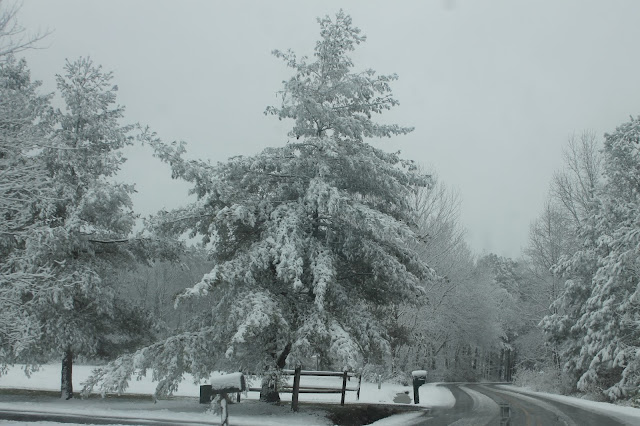 Ron's snow story was the most dramatic! He told of a Christmas Eve that his family was returning home from a family Christmas party. It had begun to snow while they were at the party and several inches of fresh snow had already fallen. His father was driving slowly down the highway, when he said, "That looked like a man!" He turned the car around and went back and, sure enough, there was a man lying in the median of the highway! Dad got out of the car, telling Ron's oldest brother to come with him. Ron joined them (he was a preteen at the time) and the three of them approached the man. He was alive and so grateful that they had stopped. He had been walking to the motel across the road where he worked as a night auditor and had fallen in the snow. Being a very large man, he was unable to get up. They helped him to his feet, made sure that he was okay, and on he went to work. 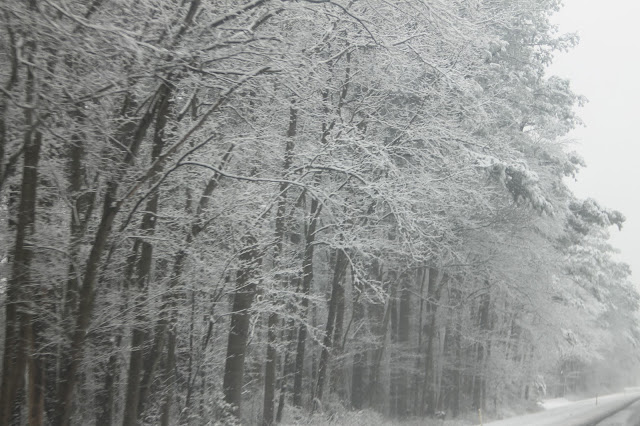 What are your snow memories (dramatic or otherwise)?

Posted by Cheryl
Labels: at home, stories from home