Time for a January Chat

January is a month for settling in, hunkering down, and getting organized. And maybe for having a little fun too! These are all parts of our January so far . . .


It has been a cold January thus far, and hot soup has been on the menu a lot. Last week, it was cream cheese chicken soup, vegetable beef soup, and, a new favorite, sausage/kale/white bean soup. There is something comforting about a pot of soup simmering on the stove, don't you think? 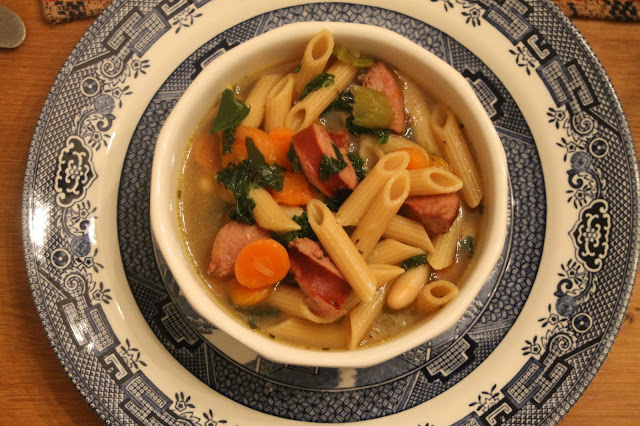 This is probably going to sound silly, but one of the best things I did for our winter last year was lights! Yes, lights. We left a Christmas tree, decorated only with white lights, on the sun porch until well into February. We burned candles. Kati had some fairy lights in her bedroom, timed to come on just before her alarm rang in the morning. My favorite: I purchased a battery-operated candle with a timer and placed it in a lantern on the living room mantle. Every night, the candle lit up at 6 pm and turned itself off at 10. I can't tell you how much cheer that candle-on-a-timer brought to me! It was like a cozy little hug each evening when it came on! 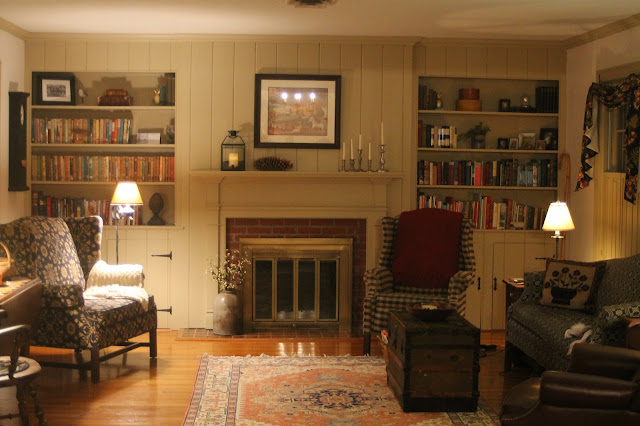 We all want some restful winter evenings after the busyness of December, but if we're not mindful, we'll revert to our default of night after night of Netflix and DVDs. We have purposefully planned our winter calendar to include a couple of "project nights" per week. (We've also scheduled in some fun activities. Fridays are carryout and movie nights. Saturday nights are game nights. Wednesday nights are known as "Wild Card Wednesday" meaning you do want strikes your fancy!)

Our first project of the year is re-configuring the library closet. We're taking out the clothing rod since the room isn't serving as a bedroom any more. (It would be easy to put back in if we ever need another bedroom.) Ron is going to add another shelf, allowing room for more office/school storage. The filing cabinet will be in this closet, as well as a plastic drawer unit holding craft and office supplies. Ron is running an outlet in the closet so that we can plug in the shredder. We'll also keep puzzles and games here because the grands often play in this room.

So far, we have emptied the closet (which means the contents are strewn all over the house . . . yikes!), Ron has removed the rod and cut the hole for the outlet. Next up: install new shelf and apply a coat (or three) of fresh white paint to cover the pink!

A friend (former homeschool mom whose children are grown) asked if I wanted to take a peek at some books that she was clearing from their attic.

Also me (a few seconds later, to myself): What was I thinking? Haven't we culled our own bookshelves several times over the past few years? How much room do we have for more books?

Bekah and I left Liz's house with twelve boxes of books. Indeed we did.

And a box of dress-ups.

~ We have found room for more books on our own shelves. Some are in the library, some are in the girls' own collections, and the motherlode of Landmark books ended up here. (Honestly, they have been here and then moved to the other side and then moved back. I think they're staying here. Does hauling books and moving them from shelf to shelf to shelf count as excercise?) 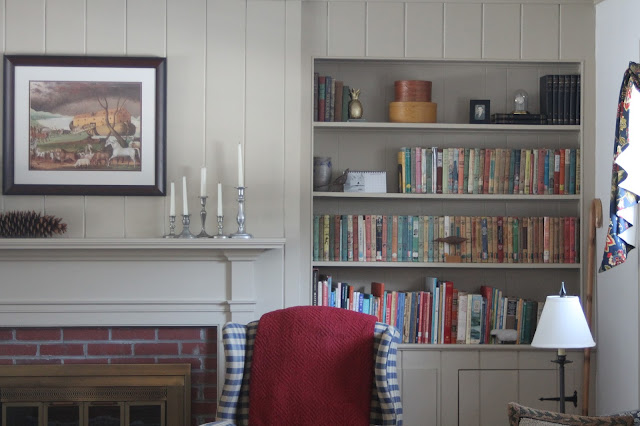 ~ Both families have come to get books for their own homes . . . and we had a fun fashion show! 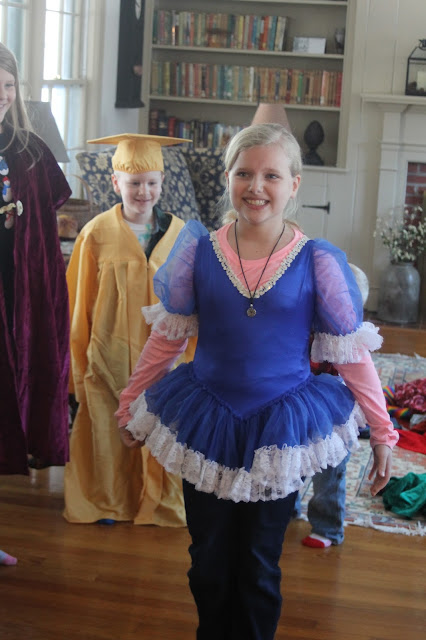 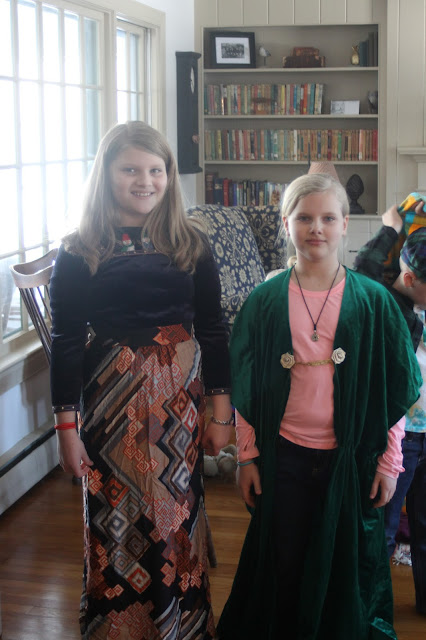 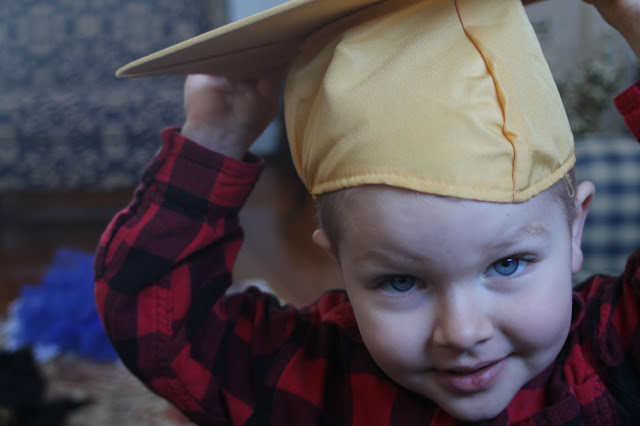 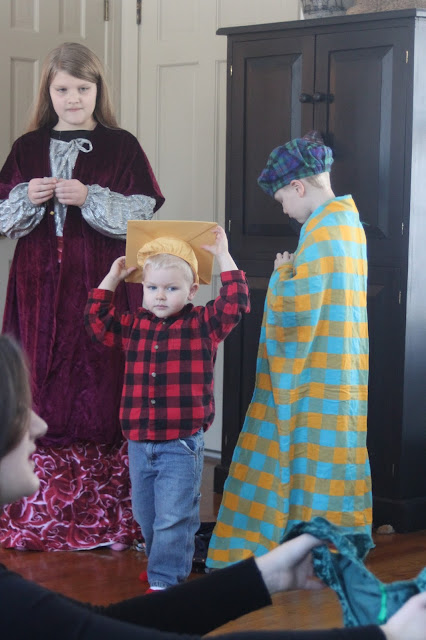 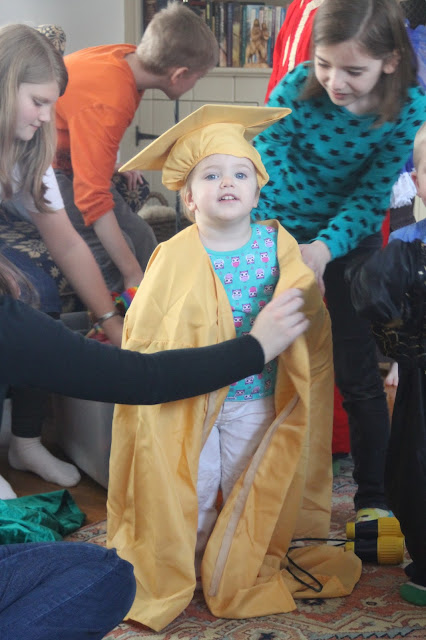 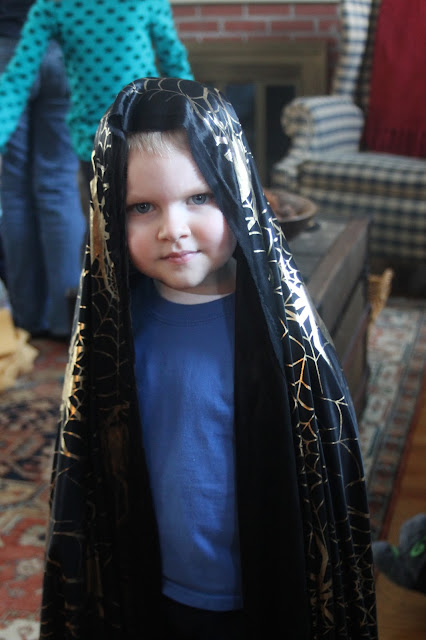 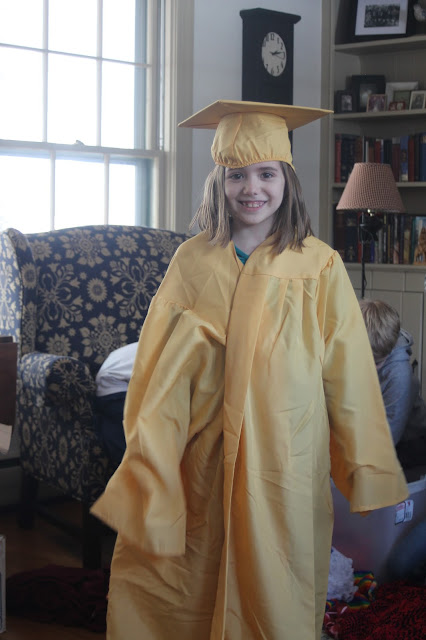 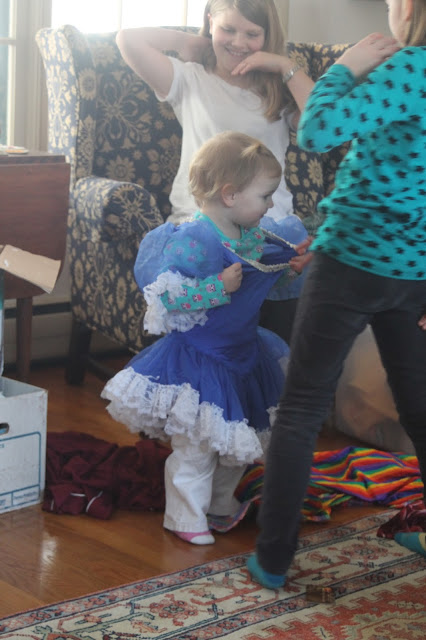 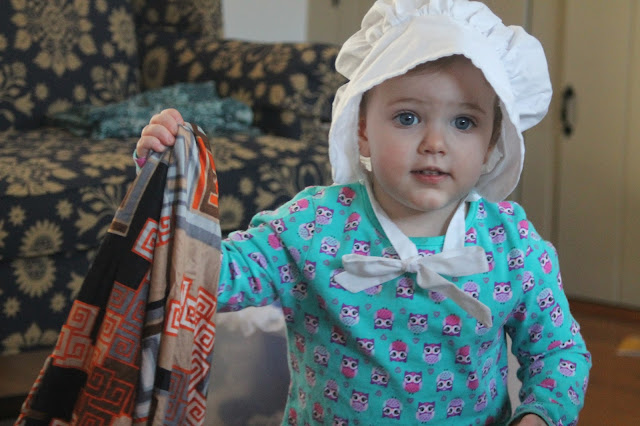 There was even fun to be had in the dress-up box! To Macie, it was a "bubble bath." To Paul, it was a "car." Here, they were sharing it. (I think each one was wishing the other cousin was not in the box, but their parents' good training was evident as they tolerated one another. ~smile~) 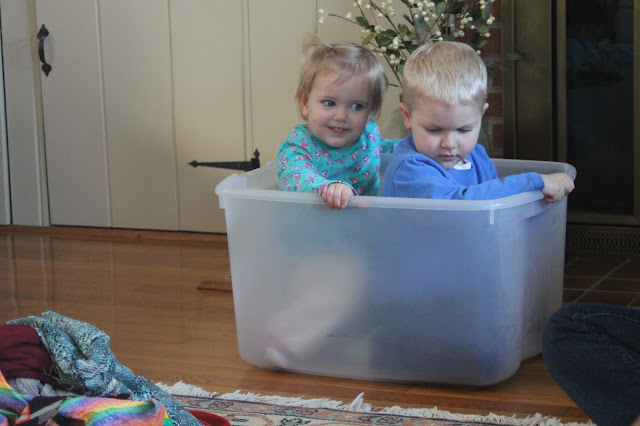 
So what has your January been like so far? Do you work at creating a cozy atmosphere? Do you like soup as much as we do? (Do you ever get tired of it? I don't.) Do you have any projects in the works?