When I went to the beach a couple of weeks ago with my three daughters and the five nearby grands, I wasn't really thinking of Donna's photo challenge; I was simply trying to capture some candid shots of the children. I changed out my standard lens (18-55 mm...the one I always use because I didn't even know how to change the lens until recently!) for the longer one (80-200 mm) in order to be stealthy. I snapped photo after photo, with the grands playing happily, oblivious to the fact that they were being photographed.

As I downloaded the photos later that day, I was thrilled to see that I had indeed captured some wonderful, natural poses. It was then that I knew that I had some photos I could use for this month's challenge, "Portraits."

(All photos were taken with my Canon Rebel T3.)

Alaine (3) was perfectly content to sit at the water's edge with her pail and shovel, digging and digging. (She did eventually join the other children in the water, but mostly she dug.)

I edited this photo in PicMonkey, increasing the contrast and shadows. The sky was overcast much of the time that we were there, so I needed to add some contrast without taking away the "feel" of the day. 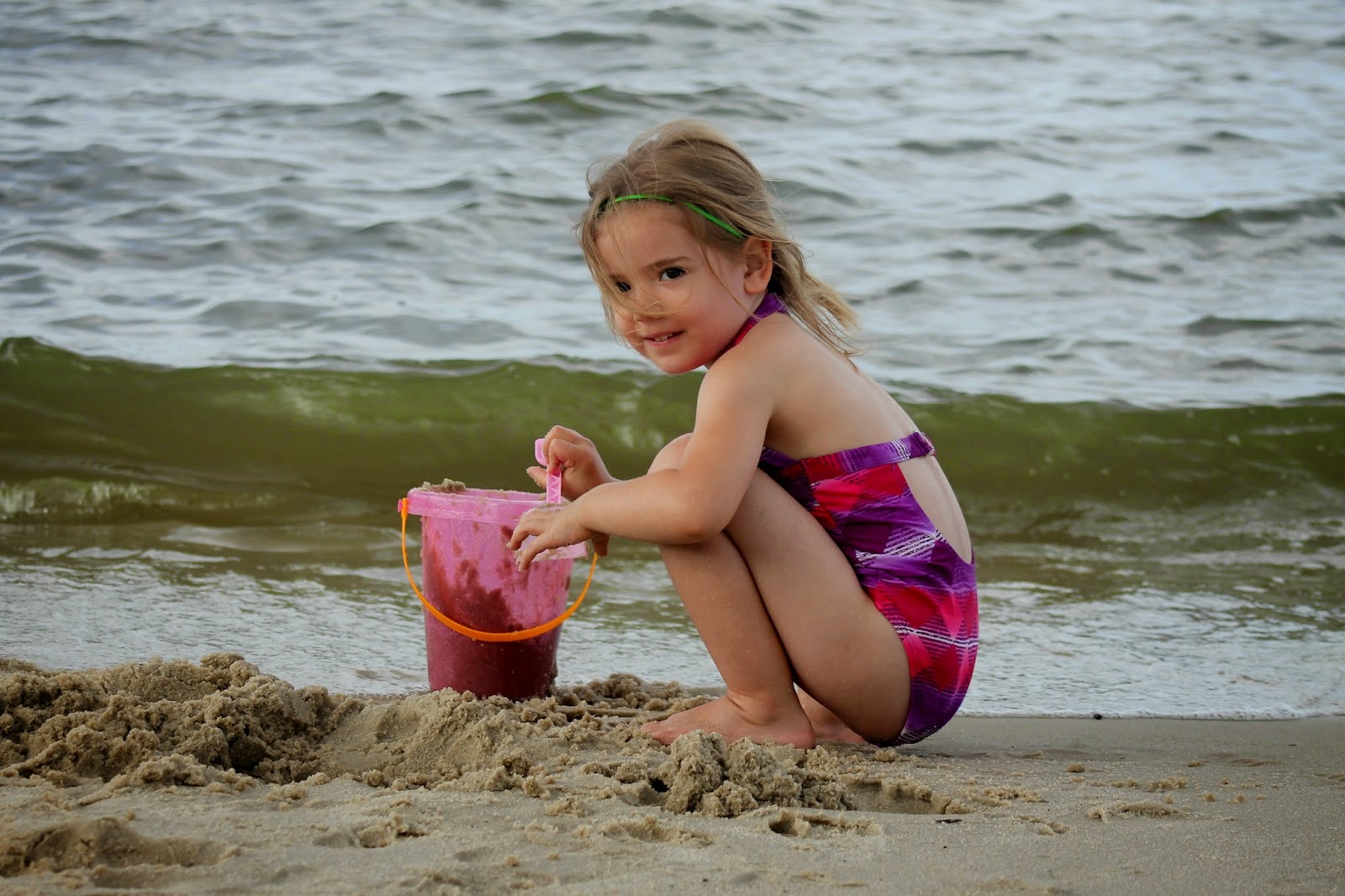 For Ben (5), it was not a "sit by the water's edge" kind of day! Lots of running and jumping and boogie boarding and splashing was more Ben's style, and all that activity required an energy boost in the form of a snack break.

Again, I went to PicMonkey to increase the contrast and shadows. 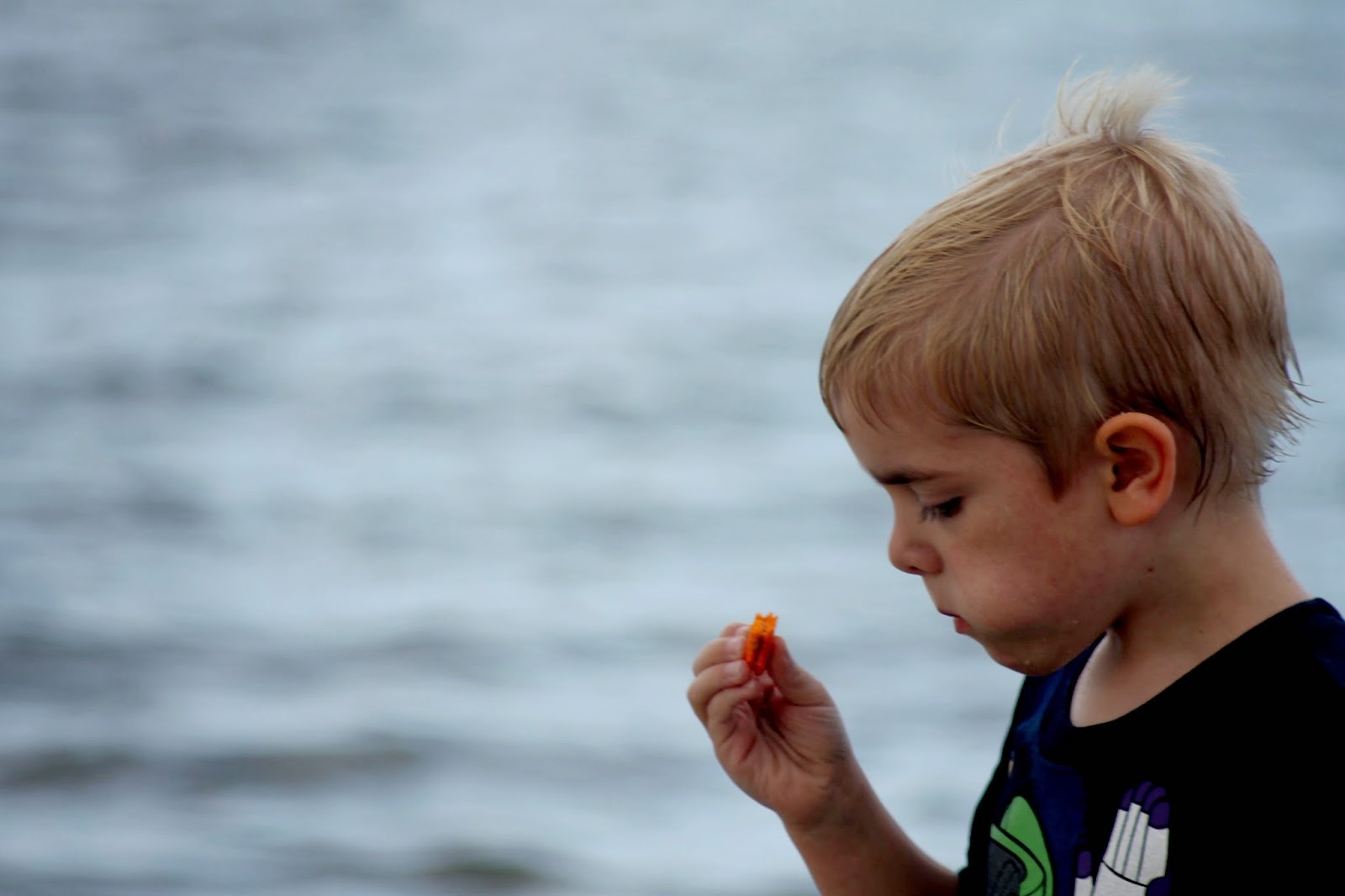 This is one of my favorite shots of the day! It is hard to capture Owen (almost 8) just being Owen, but that's what I have here. Wind-tousled hair, happy smile, Owen through and through.

Again, off I went to PicMonkey to increase contrast and shadows. (Now that I have learned to change lenses, maybe I'll learn to experiment with differences in editing too. Some of us take a long time to get out of that box!) 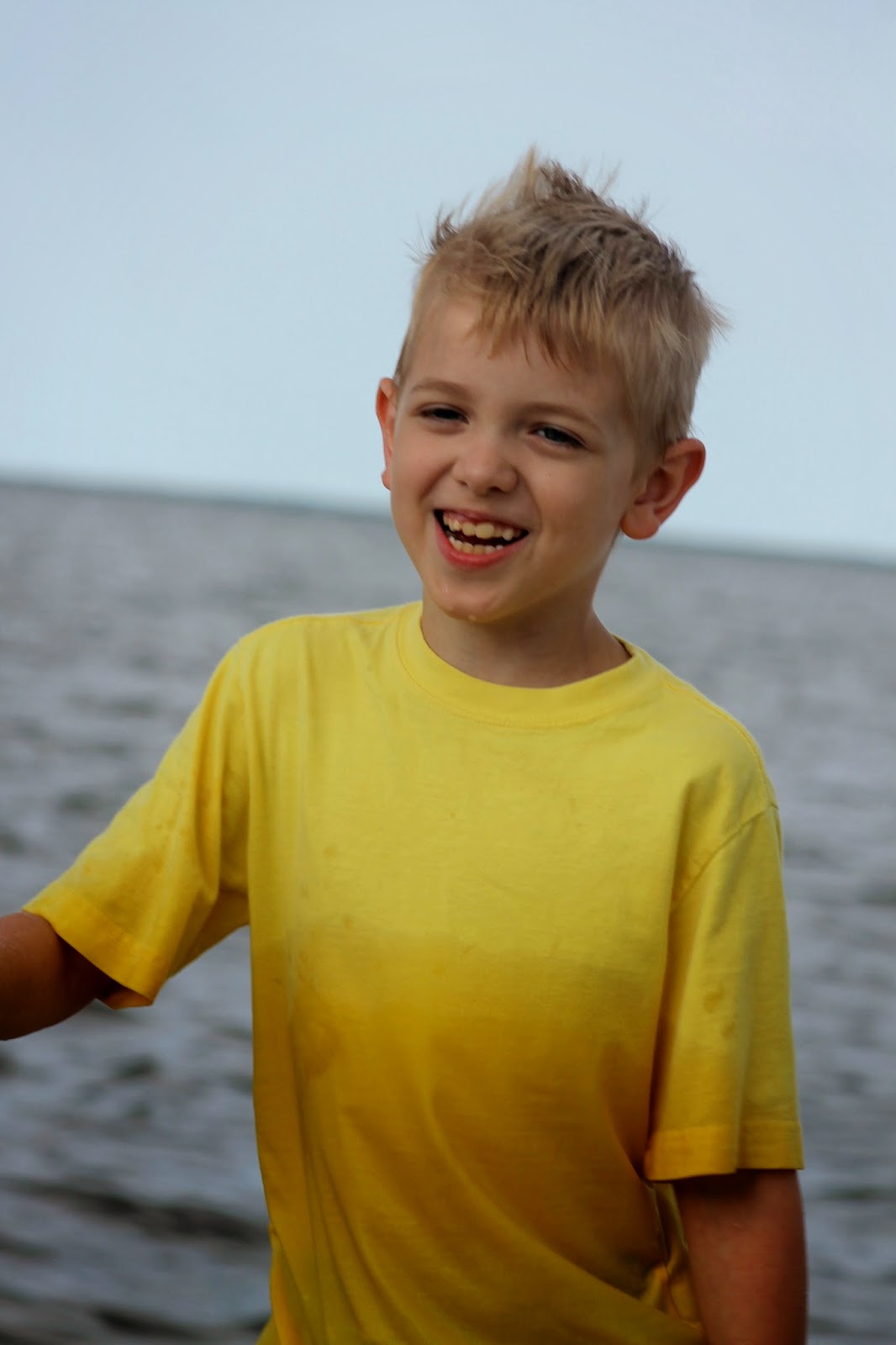 Thank you, Donna, for another great challenge...and for slowly, slowly getting me out of that box!

Click the button below to see how others have met the challenge!

Posted by Cheryl
Labels: away from home, grands, photo challenge