When we count up all of the extra activities, the holidays, and the birthdays, we really don't have that many "normal" summer Sundays. And since we need ("need"...ha!) to fit our summer favorites into our Sunday afternoon meals, it takes careful planning.

Yesterday was the day for steamed shrimp. I made corn chowder (that will be this week's Savoring Summer recipe), Kristin made homemade Hawaiian bread and a Caesar salad. Good summer eating. 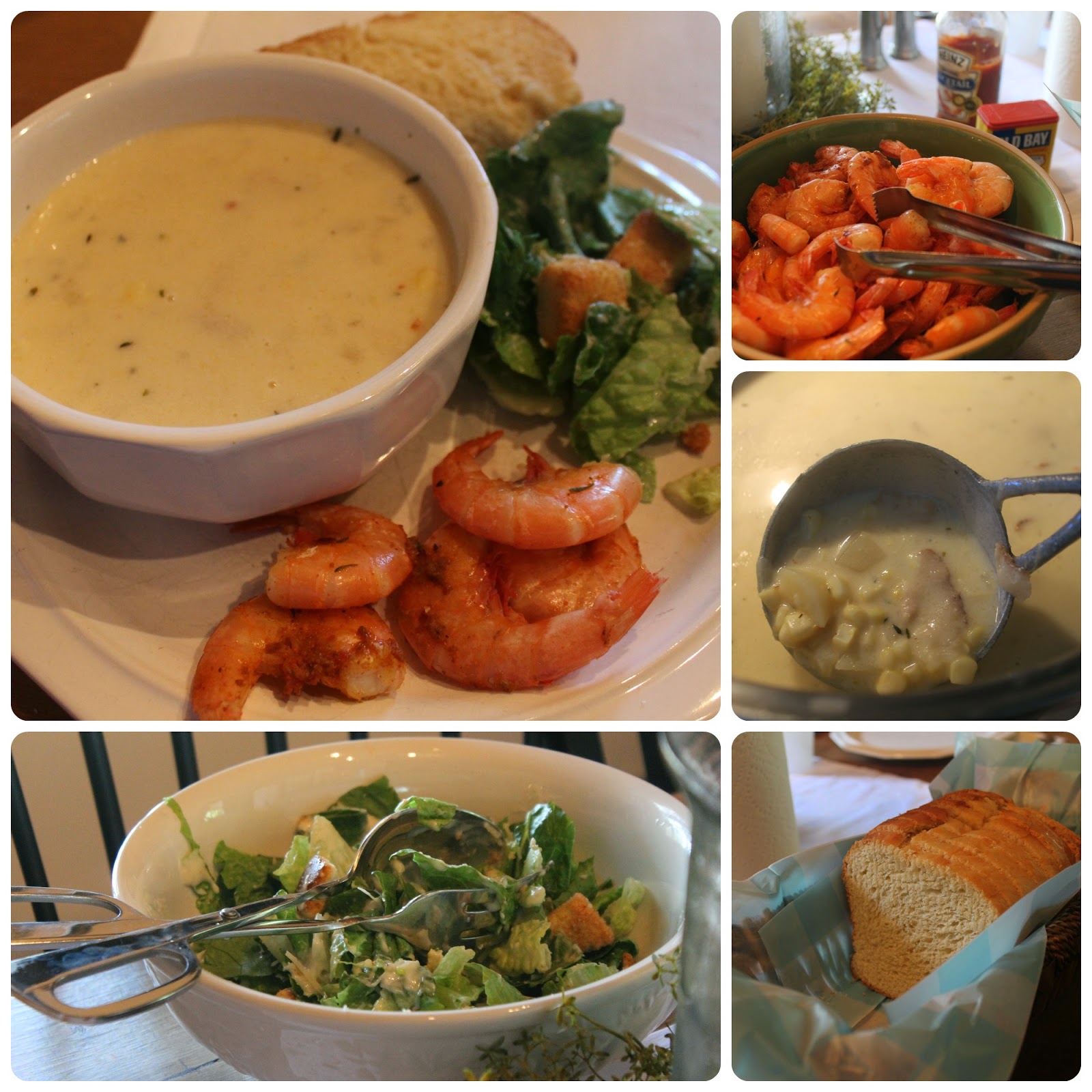 And then there was the Six-Hour Cake.

Do you think I am kidding? Oh no I am not.

Bekah had been wanting to make a cake that she saw in Martha's American Food cookbook, so when we planned Sunday's menu, we put Bekah in charge of dessert. At 3:00 on Saturday afternoon, she began to make the cake. And at 9:30 pm, she was cleaning up the dishes. To be fair, she did take a break to eat dinner and to take a bath, but she also took a l-o-o-o-o-n-g time to make that cake.

Yes, Bekah is slow. (She takes after her mom.) But she is also precise, and she's a rule-follower, and she wanted to follow Martha's instructions exactly. Exactly.

So when the instructions called for the chocolate to be "finely chopped," she finely chopped. I suggested that the chocolate would melt even if it were not so finely chopped, she said that she wanted to do what Martha said. And when the instructions said that the heat proof bowl should be placed above the simmering water, but not touching it (Really, Martha?! What will that hurt? It's not like you'd be setting it directly on the burner!)...well, let's just say that I had to convince here that a double boiler would do the trick nicely. Mostly though, I let her alone to do it her way (ahem...make that Martha's way) because that's how she'll learn.

(Am I the only one who thinks that Martha is a bit uptight? Cooking is not rocket science!)

At one point, Bekah sighed and said, "I don't think that Martha has to chop all this chocolate herself!" ~smile~

At Ron's suggestion, we took the Six-Hour Cake out to the patio. We have been blessed with so many fair weather Sundays this year! On a typical July afternoon, we'd not be out here! Our cake would melt and so would we I. 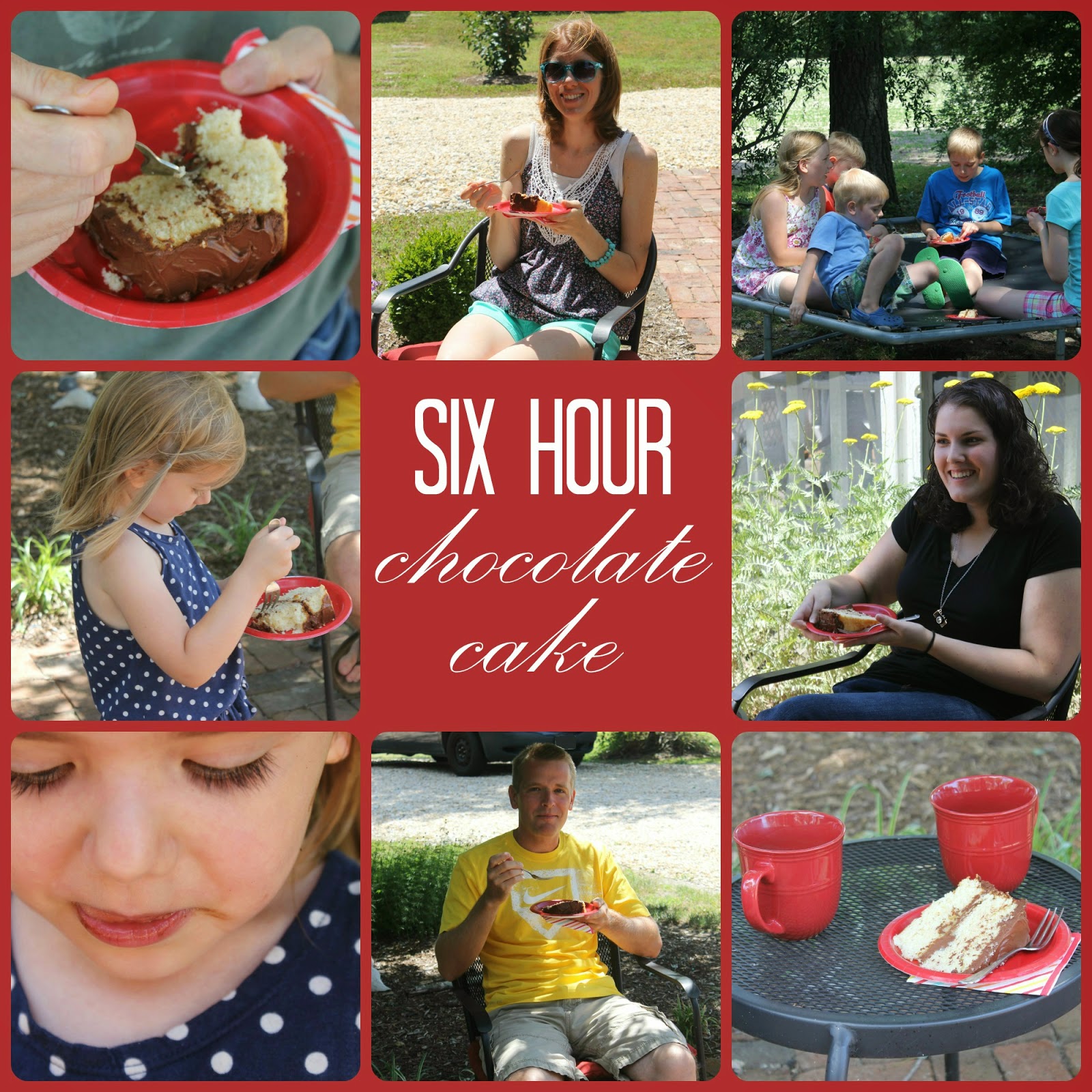 The kids begged Brian to play baseball with them and he complied. They were thrilled! 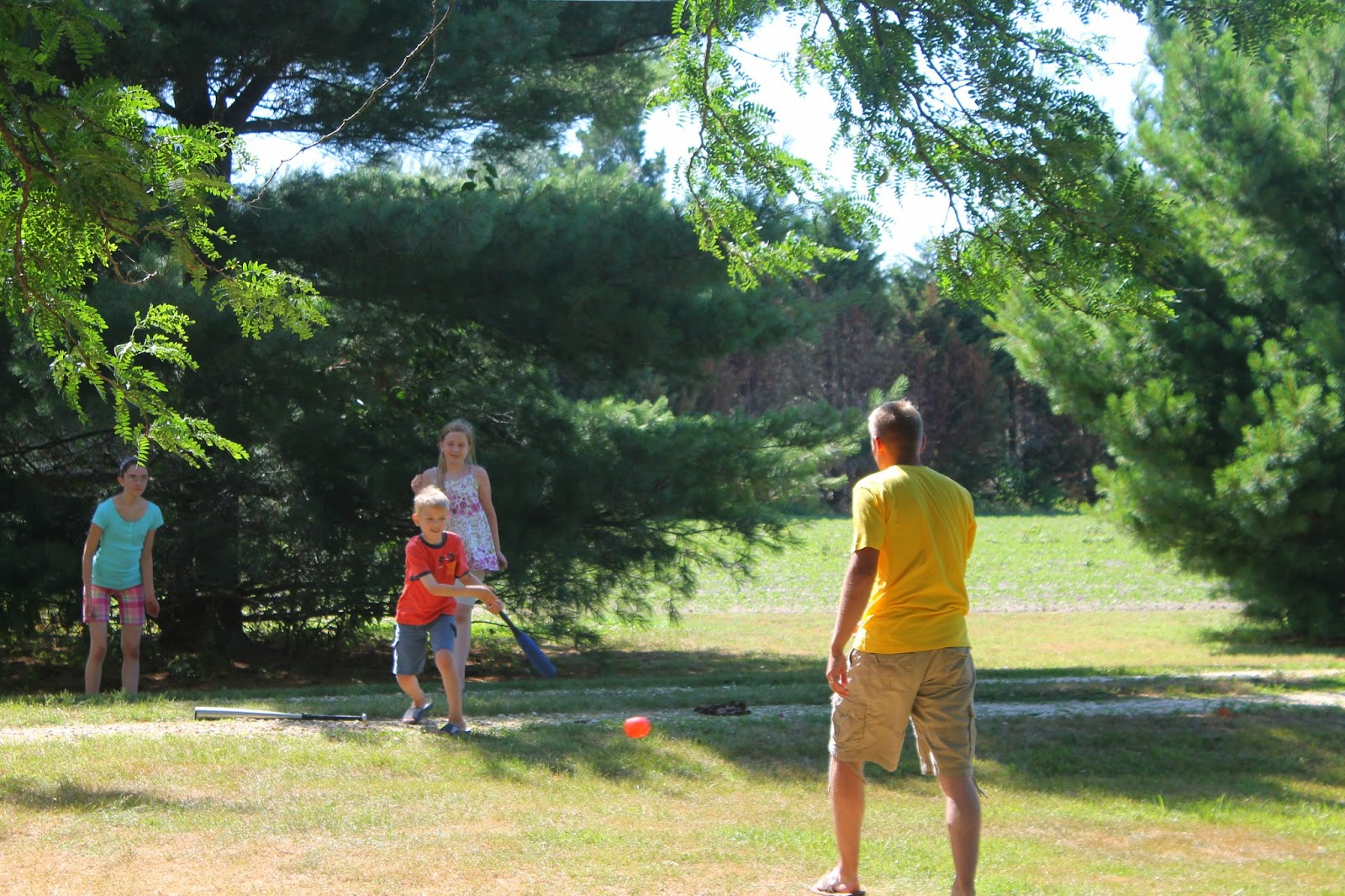 And the rest of us were thrilled to go inside and catch up on photos of the last month of Sundays! 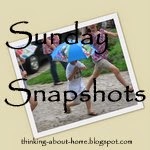