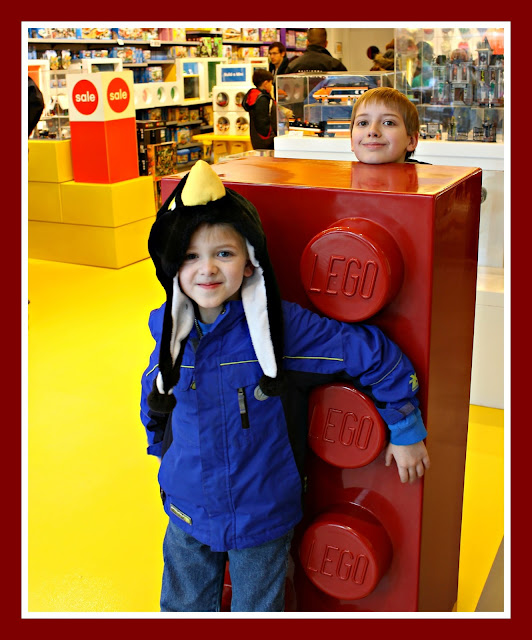 On our mother/daughter shopping trip last fall, Kati and I went into the Lego store.  Knowing that her nephews would be impressed, she called them to tell them where she was.  They were impressed, and Kati spent some time on the phone answering questions about what displays she could see.  She took a few pictures of the back wall of the store, a wall of bins and more bins of loose Lego bricks.  When the boys saw these pictures, they were further impressed.

In December, Ron and I decided that we'd take Gavin and Owen to the big city to visit the Lego store.  We normally reserve a Special Day for one child only, but this Special Day would require a road trip, and both Gavin (10) and Owen (6) love Legos.  So on Christmas day, I whispered our plan to each of them, and they both agreed!

On a bright, cold Saturday morning, Kristin brought the boys to our meeting place, they climbed into the van, and we were off on our Special Day adventure. 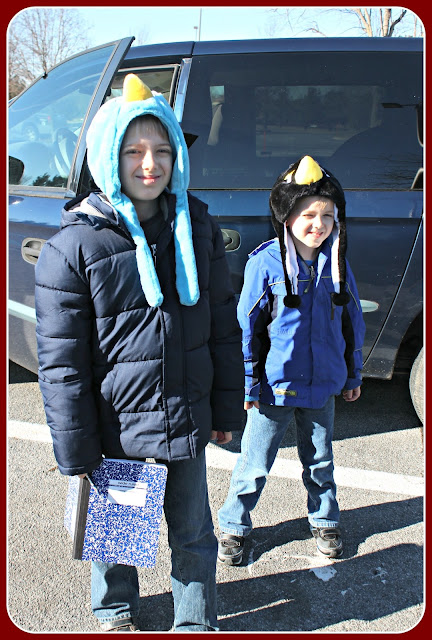 Gavin came equipped with his "car notebook" that he uses to draw pictures and comics when he's riding.  He also likes to talk when he's riding. ~wink~   Owen, on the other hand, was content to take in the scenery and join in the conversation now and then.

At one point, Gavin said, "I know Owen must be bored.  He isn't doing anything."

We told the boys that they could choose the place for lunch.  Can you guess where we ate? 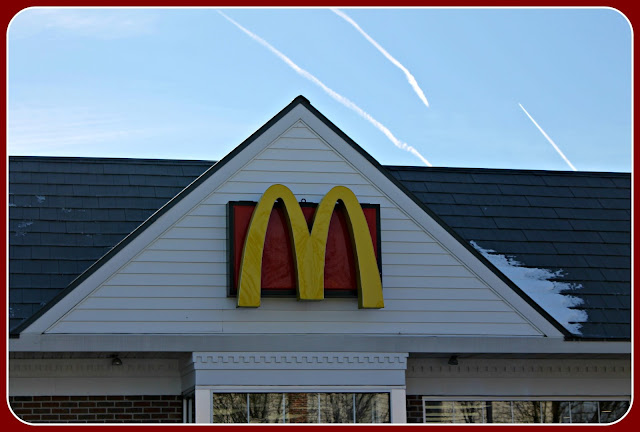 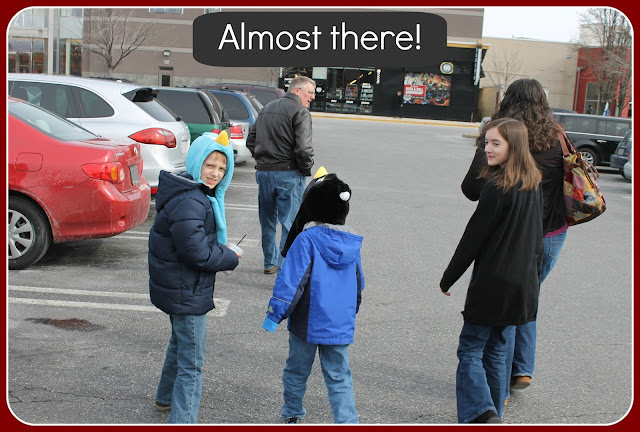 Soon after lunch, we arrived at the mall.  As we traipsed past store after store, they asked, "Are we almost there?"

And then when the store was in sight, they slowed their pace, almost as if they were in awe. 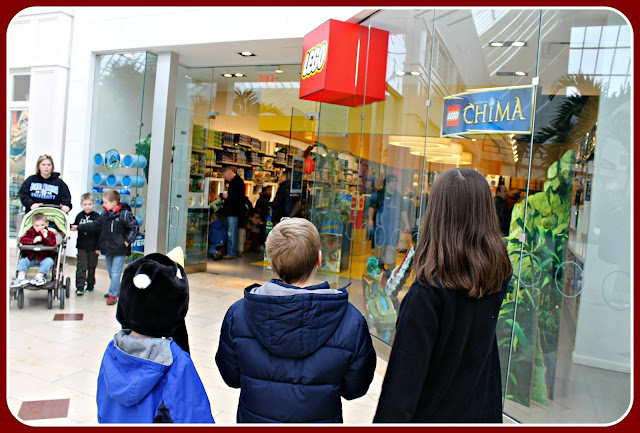 They paused for a photo in front of the store... 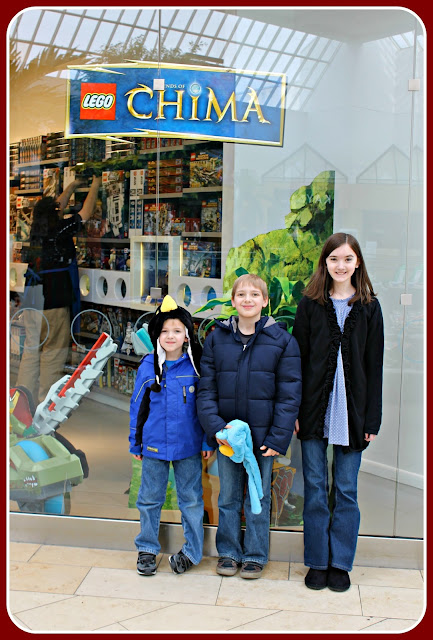 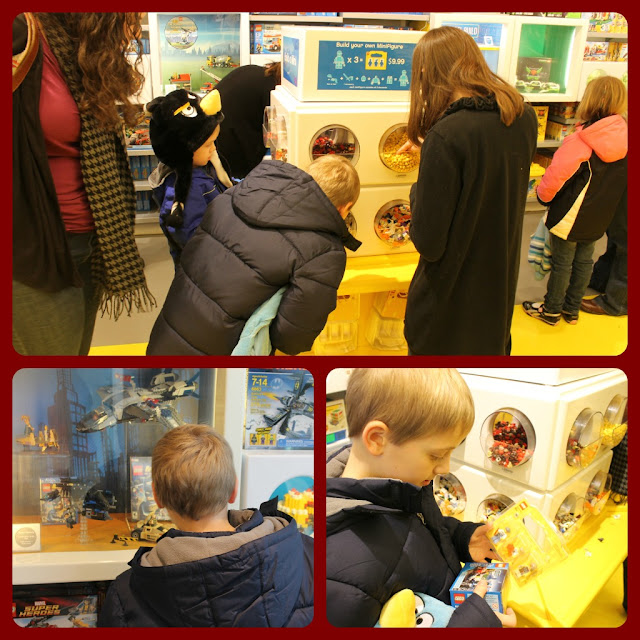 Ron pointed out this set that he would choose if he were making a purchase.  ~smile~ 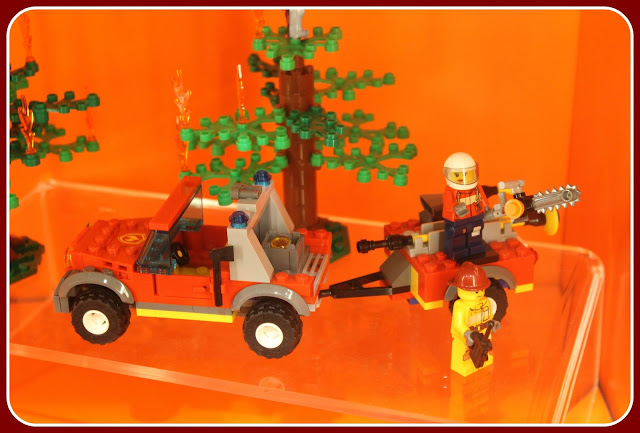 At this point, my camera battery lost its charge.  (Palm to forehead.  Quiet sobbing.)

So I will tell you that we spent a rather long time in the Lego store, although Gavin later said that it seemed to go soooo fast.  Then we took a little walk to Starbucks so that Kati and I could get Fraps.  (Hey, why should the kids have all the fun?)  And right outside of Starbucks, a Boy Scout troop was having a pinewood derby, so the boys enjoyed watching some of the races.  (See...isn't it a good thing that we wanted those Fraps?)  On our way back through the mall, we passed an artist who was sketching some ocean landscapes and the kids stopped to watch him for a while.

But the grand finale of our mall trip was yet to come!

While Kati and Bekah went to the restroom, the boys saw an escalator across the food court and said that they wished that they could ride it.  Papa agreed to accompany them, and off they went.

(Yes, we had SMALL TOWN emblazoned on our foreheads.)

Returning from the restroom, Bekah discovered that Gavin and Owen had ridden the escalator without her!  So we suggested that they all ride the escalator in the Forever 21 store through which we had entered the mall.

All three rode the escalator up to the second floor and back down, waving at us as they descended, much as if they were on an amusement park ride.  (SMALL TOWN.)  And again, they rode up and down.  (Yep.)  It was a thrill for them...and it was a thrill for us, watching three children so delighted with such a simple thing.  We were smiling as much as they were.

Back in the van, Legos were unwrapped and play commenced.  Then the scheming began.  Plans for the boys to spend the night at our house so that they could all play with their new Legos and with Bekah's old Legos (which are really her older brother Ryan's Legos, housed here until he wants them for his children).  We had not planned for an overnight, because Gavin usually prefers his own bed at night.  But his change of mind and a quick call to his parents for permission extended the Lego fun into the night and the next morning. 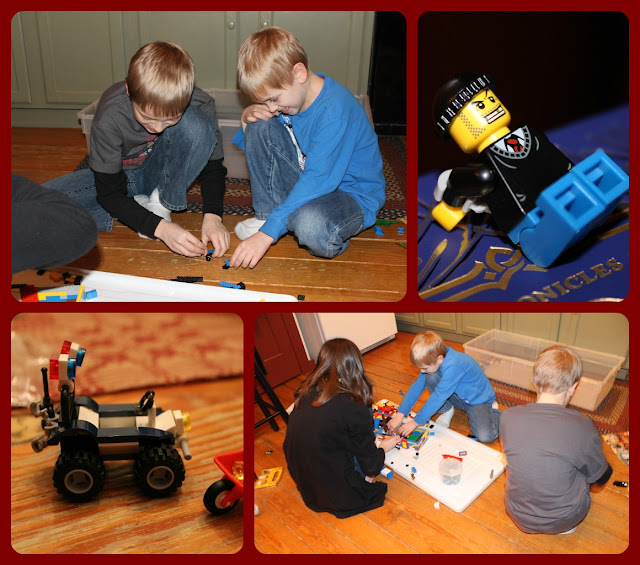 That particular week, we were spending Sunday afternoon at Kristin and Brian's house, so we loaded up all of the boys' treasures after church and drove them home.  When they arrived, they were excited to show all of their things to their family.  Little brother Ben (4) watched, and then whispered to his mama, "I want a bag of stuff."

Stay tuned later in the week for Part 4 of my Special Day posts, in which Ben gets "a bag of stuff."
Posted by Cheryl
Labels: at home, away from home, grands, stories from home