A Lesson Via Stray Cats

A little over a year ago, we noticed a black and white cat lurking about our property. We are unable to have an indoor cat because the girls have guinea pigs (it's never a good thing for one pet to eat another), but after seeing the cat for a number of days, we decided that we should feed it.

At first, we put the bowl of cat food at the edge of the yard, very near the soy bean field where the cat hid, but whenever a human would come to deliver the food, the cat ran for cover. It would eventually creep up to eat our offerings, but only long after said human(s) would return to the house (and peer out of a window). Gradually, we moved the bowl closer and closer until we placed it on the step to the back deck. Still, Puss would sneak up to eat, but the mere turning of a door handle would send it running to some hidden place. This went on for months.

At some point, a solid black cat began appearing at Puss's food bowl, also partaking of the nightly kitty repast. This cat was dubbed Pinky because she was wearing a faded pink collar. (I will digress here to tell you that I later discovered that the faded pink collar was in reality a flea collar. In my defense, I only saw her at night and through a window...and it really did look pink!) Pinky, too, was frightened of us, and so now we were feeding two cats that we couldn't even get near, let alone touch.

One evening, as I was on the riding lawn mower (good place to think), I was considering how sad it was that these kitties did not know that we had everything that they needed. We had food and water, places for shelter, and all the affection a kitty could want. Yet they ran from us, did not trust us, were even afraid of us. And all the while we just wanted to love them.

As I pondered these thoughts, my heart was stirred. Ah, doesn't our Heavenly Father long to be all that we'll ever need? And yet we sometimes run from Him, we refuse to trust Him. And all the while He wants to lavish His love on us. I thought of those poignant words of Jesus, "O Jerusalem, Jerusalem...how often would I have gathered thy children together, as a hen doth gather her brood under her wings, and ye would not!"

Lord, help me to run to You, to trust You, to hide under Your wings.

He shall cover thee with his feathers, and under his wings shalt thou trust. (Psalm 91:4a)
Posted by Cheryl 2 comments:

A Lesson in Abundance

This morning, I read the account in the book of Mark where Jesus fed the multitude with seven loaves of bread and a few fish. After everyone was fed there were seven baskets full of leftovers! What abundance!

As I pondered, my mind went to our homeschool adventure. I began homeschooling my older children with a lot of apprehension about whether I was equipped for the task of educating them. The reason we decided to homeschool was strictly for spiritual protection for them…and we obeyed God because we knew that He was calling us to do that. I could not have possibly known the abundant blessings that would be ours in this way of life! God not only fed my children “lunch” (that spiritual undergirding that we so desired), but also put into our “basket of leftovers” such things as:

We may have thought that we were sacrificing many things in order to obey the call to homeschool. But God, in His abundance, has given us blessing upon blessing!

In and out of our home last week...

Kati took a photography class and oodles of pictures. 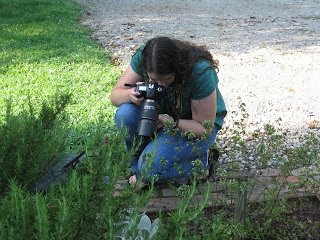 Bekah discovered this kit and made oodles of cards and envelopes. 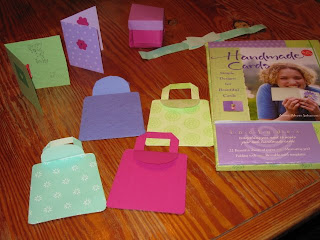 I stitched together oodles of quilt squares. 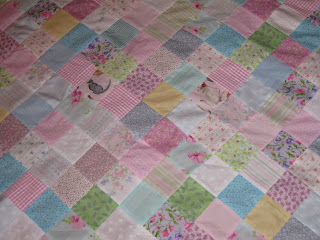 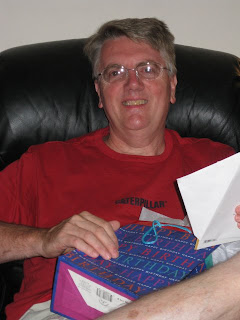 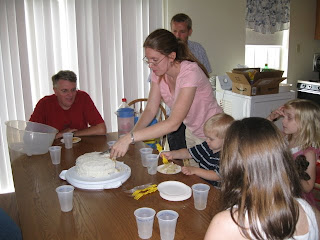 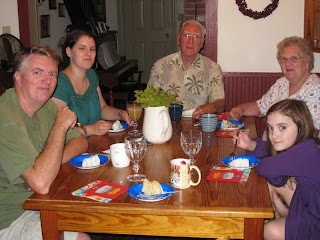 ...it is your idea to get into the cardboard box with your grandchildren and your youngest daughter... 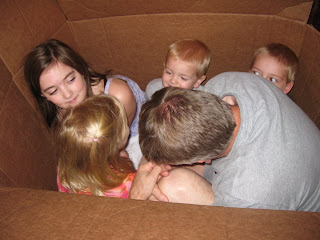 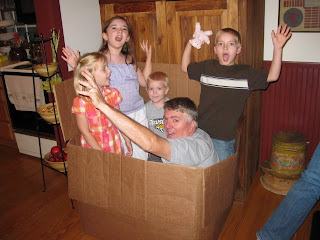 I am grateful for the time we had. Fifteen hours together. We packed in everything we could.

We hugged.
We talked (a lot!).
We celebrated a few birthdays.
We laughed.
We talked some more and laughed some more.
We learned about the new park where Ryan will be working soon.
We slept (a little!).
We had breakfast together.
We bid good-bye...again, as he left with a dear friend to travel to the wedding of another dear friend.
And then it was time for the tears.
And for Ron and I to travel back over the years to the time and place when Ryan was a little blonde-haired boy who loved teddy bears and dug foxholes and hid his broccoli and was a daily part of our world.

Does it ever get easier? To say good-bye to your "baby" as he makes his way halfway across the country where his home is now, knowing that in a few weeks he and Sarah and the little girls will be moving even further away?

Well, today is a new day, and I will choose to take comfort in the fact that "the steps of a good man are ordered by the Lord." I truly would not want Ryan and "his girls" to be anywhere that is not in the hollow of His hand.

"His mercies are new every morning. Great is Thy faithfulness. "

I am a lover of hymns...the deep, rich words, the stirring melodies move my heart. Lately a phrase from an old hymn keeps singing in my thoughts,

Oh, that I may live on that higher, nobler plane. I'm afraid that, too often, I am taken with the temporal, the immediate, the here and now. Of course, living in this world requires attention to the mundane, but I don't want to live there.

I believe that it is possible to take the mundane and offer it to Him as a higher and nobler thing. The preparation of a meal, the reading of a story, the stacks of clean laundry, the offer of a listening ear, even grocery shopping (eek!)...I think that these things, when offered from a servant's heart, when presented as unto the Lord, are high and noble.

Today, Lord, help me to focus on the Heavenly, though I may dwell among the earthly.

"If ye then be risen with Christ, seek those things which are above, where Christ sitteth on the right hand of God. Set your affection on things above, not on things on the earth. For ye are dead, and your life is hid with Christ in God." Colossians 3:1-3
Posted by Cheryl 2 comments: