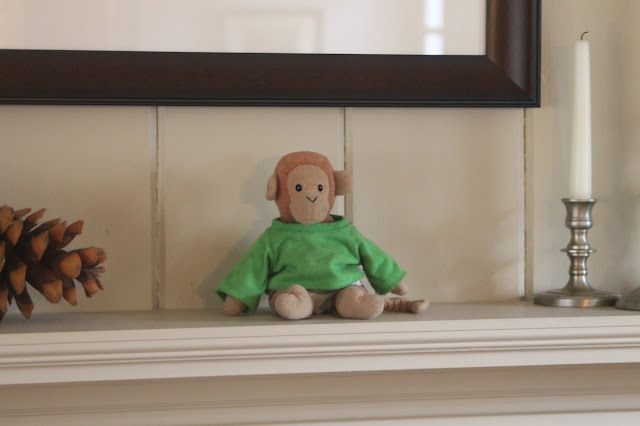 Seven of the grands slept over. (The next-to-youngest stayed until his bedtime, so that makes eight for the evening.)

Party favors. Tacos. Games and conversation. Ice cream. Air mattresses and sleeping bags everywhere. Coffee. (What? Yes, Aunt Kati offered coffee to anyone who wanted to try it. #trainthemwhiletheyreyoung) A movie (The Little Rascals). Movie candy. Hiding in one another's sleeping bags while the occupants were out of the room brushing their teeth. Surprise! (Or not.) One grand hiding in the kitchen and scaring Aunt Kati when she came to get a drink of water (to the delight of all). Stories and whispers and giggles and then everyone was asleep before midnight. 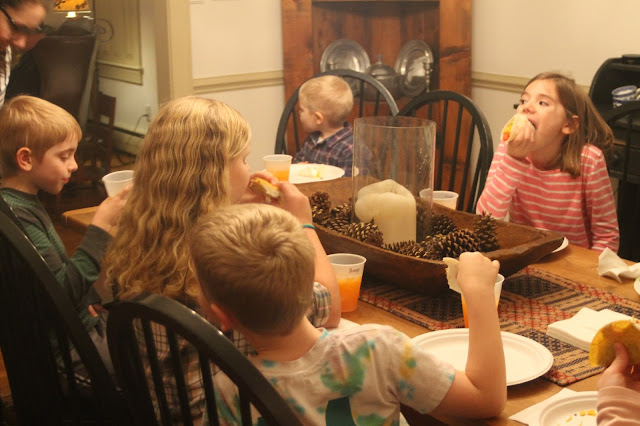 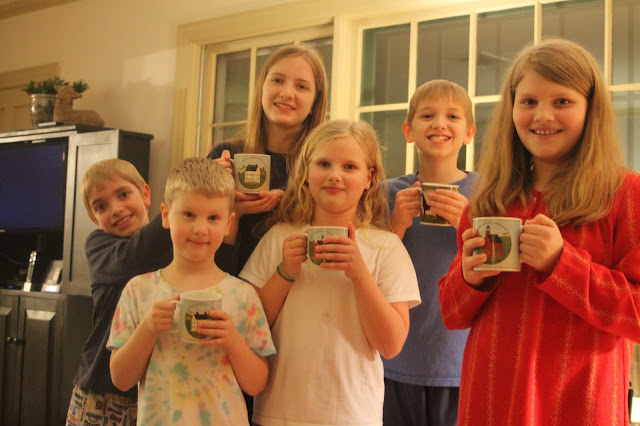 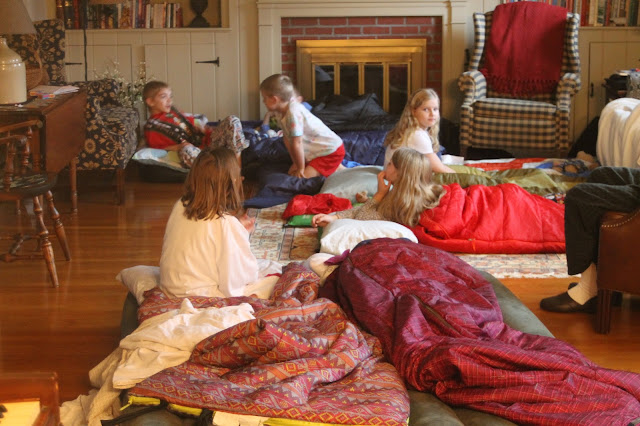 Fruit for pre-breakfast while Papa chatted and bleary-eyed Gran sipped her first cup of coffee. Papa's pancakes for breakfast, chocolate chip or pecan. More conversation. (Although this group is rather quiet in public, they are very verbal!) And then they went into the library for a while . . . and came out with an original play! A play with characters and plot and costumes. Papa, Aunt Kati, Aunt Bekah, and I were the audience and we were very impressed! And when their parents came to pick them up in the afternoon, there was an encore performance. 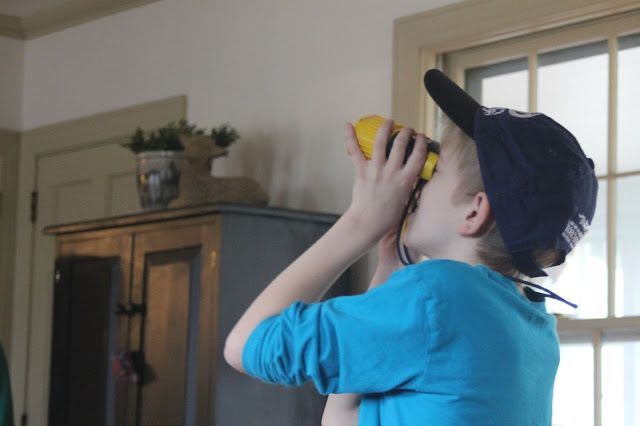 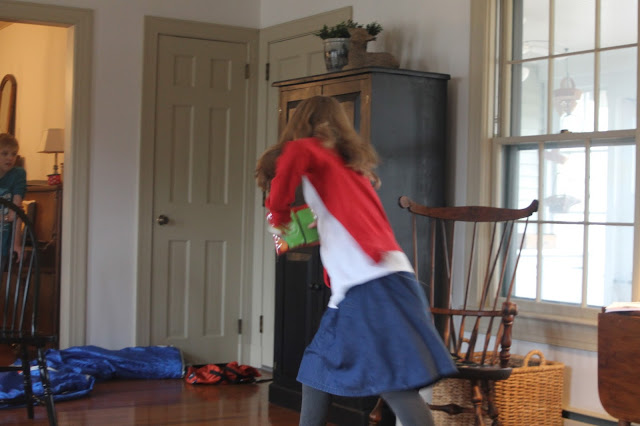 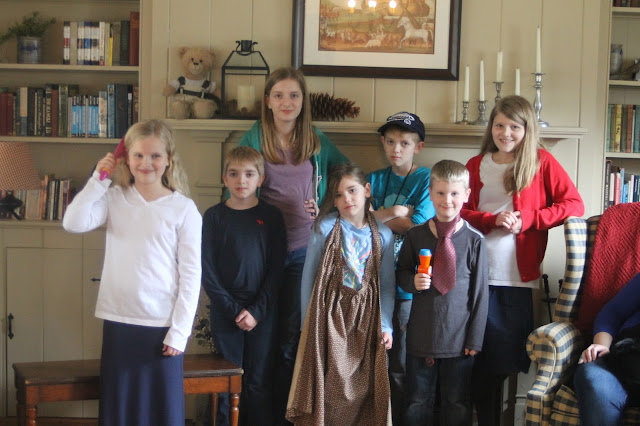 I am so grateful for this time spent together. Now plans are in the works for a true summer sleepover! (James 4:15 . . . "if the Lord wills, we shall live and do this or that.")