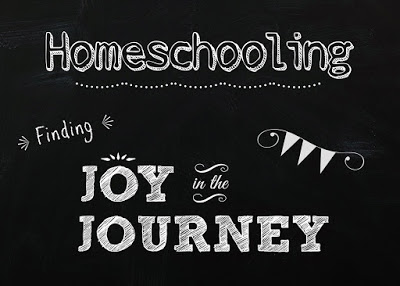 A few weeks ago, we took our final "Senior Trip," a tradition in our homeschool that started out rather unintentionally, but became something of a rite of passage for each of our high schoolers.


Here is how our Senior Trip tradition began:

The summer before Kristin, our oldest child, was a senior, we decided to take a family vacation to Niagara Falls. It is something that we had been wanting to do for a while. But we suddenly realized that this particular year (1997) should be the year because who knew if we'd have the opportunity  to travel together after Kristin graduated?

So two years later as Ryan was heading into his senior year, we asked him if there was anywhere that he would like to go. He chose a trip to Skyline Drive, Luray Caverns, and Monticello, the home of Thomas Jefferson.

Between Kati's junior and senior year, she spent the whole summer living with Ryan and his family in northern California. They traveled some while she was there, including a camping trip to Crater Lake in Oregon. Even though we did not share this experience with her, we considered it her senior trip!

And now, of course, Bekah is a senior!

When you are the baby of the family (and that family has an age span of nearly 21 years!), there are  plenty of things that your older siblings have done that you have not!

You've never been to an amusement park, Bekah? Are you sure?

Remember the time we went to the Museum of Natural History? Oh, you've never been there?

So when it came time for Bekah to choose a senior trip, she wanted to stay closer to home and grab some of the experiences that she had only heard about! And she didn't want day trips. She wanted to hang out in the big city (cities) and fill the days. We were going to visit museums . . . as many as we could do in three days!

On Day One, we visited the National Aquarium in Baltimore, located on the beautiful Baltimore Harbor. When we arrived, we were surprised to learn that we qualified for "Maryland Mornings," a limited time offer in which Maryland residents who purchase their tickets before noon on Monday through Friday receive a substantial discount. Yay! 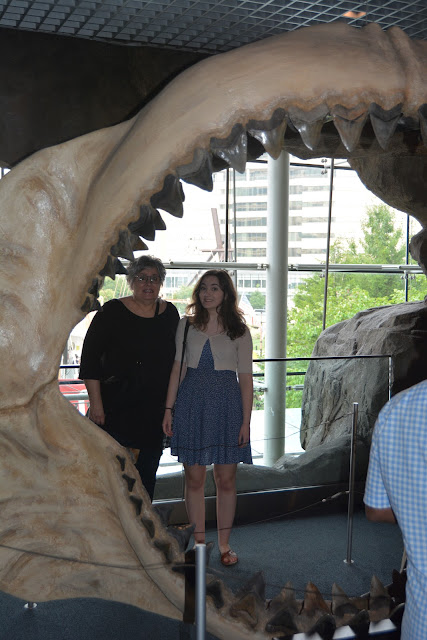 We spent our day exploring exhibits of a tropical rain forest, coral reefs, and "extreme" creatures of Australia. We saw jelly fish, puffins, a sea turtle, and rays. We watched a dolphin training demonstration. We all loved the multi-story shark tank where you see several species of sharks (and other fish) swimming up close! 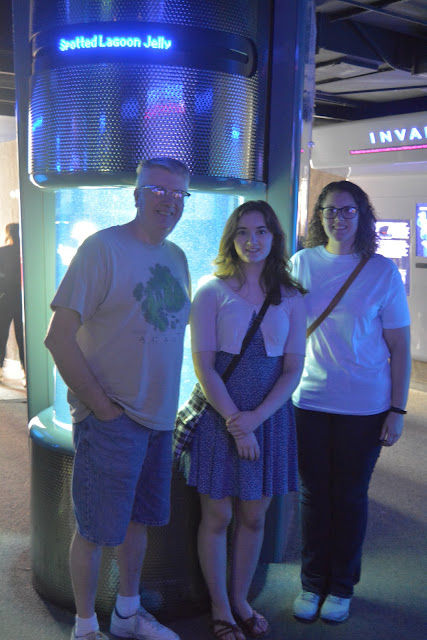 After we left the Aquarium, we meandered across the foot bridge over to a large Barnes and Noble . . . not for the books, I'm afraid, but for some cold, liquid (and caffeinated) refreshment at their Starbucks cafe! 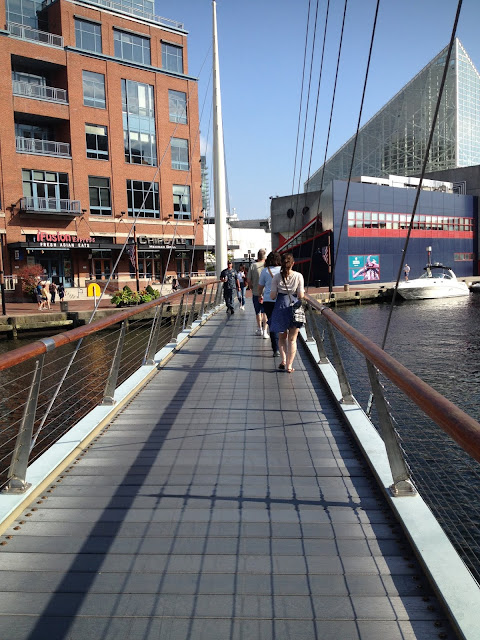 On Day Two, we went into Washington, D. C. via the Metro. Bekah had big plans for that day. She wanted to tour three different museums!

We began at the International Spy Museum, this one new to all of us, not just the "baby." We spent several hours learning about the world of espionage through exhibits about disguises, famous spies, codes, and much more. There was also an entire section dedicated to the fictional James Bond. My favorite part of the museum was the gallery called "The Secret History of History" where we learned how spy activity impacted history, from Moses to the Trojan horse, from Harriet Tubman to Elizabeth I. 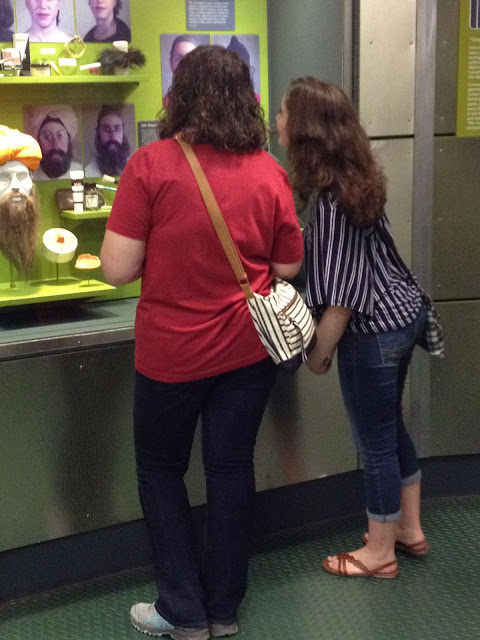 From the International Spy Museum, we went to the Museum of Natural History. Bekah had researched the galleries ahead of time, and had chosen the ones that she wanted to visit. We explored the Mammals exhibit and the Ocean Hall on the first floor. (I am still amazed at how evolution theory is presented as fact in the exhibits at this museum. Perhaps I shouldn't be, but I am. Yet another reason that I am glad that we homeschooled our children!)


Upstairs, we spent some time at the Live Insect Zoo, which made Kati happy! (She loves creepy crawlies.) We made a quick pass by the mummies and the dinosaurs, and we saw the Hope Diamond. The girls had gotten (free) tickets to walk through the Live Butterfly Pavilion, but the time slot they had would have meant that we would miss the last museum on the list for Day Two. We let Bekah make the call and she reluctantly chose to move on. 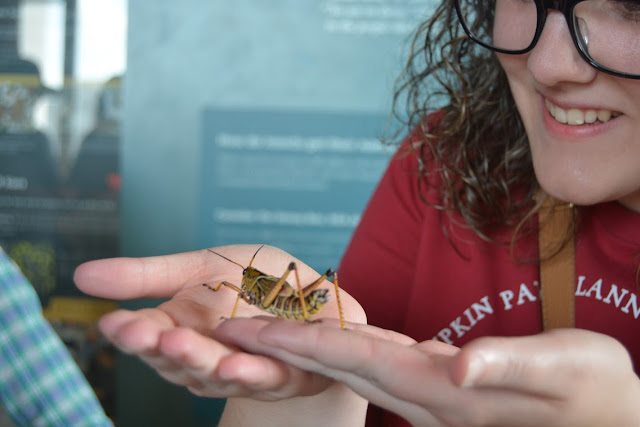 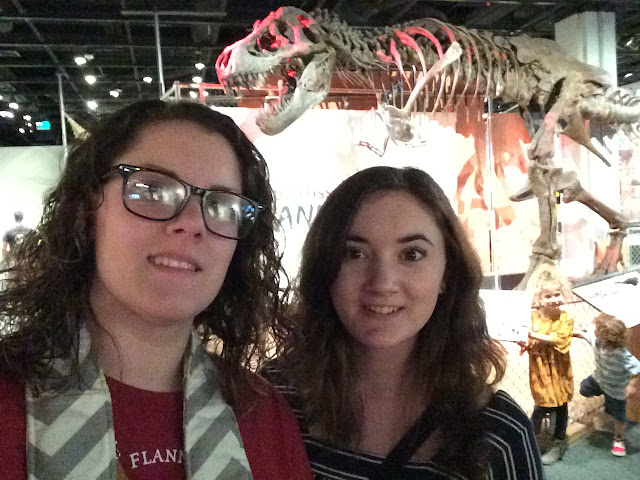 Our last stop of the day was the National Air and Space Museum. Due to limited time, we made sure to prioritize the things we most wanted to see, but we ended up seeing quite a bit! We began with The Wright Brothers & the Invention of the Aerial Age, but we saw The Spirit of St. Louis and we  visited galleries on Early Flight, How Things Fly, Sea-Air Operations, World War II Aviation, and the Great War in the Air. 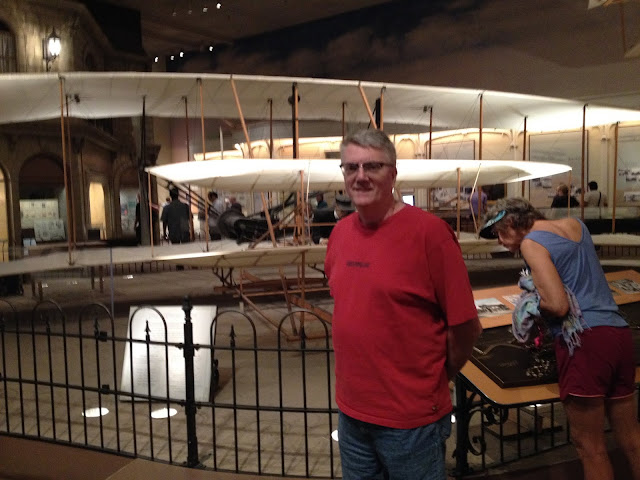 While looking at the WWII planes, Bekah asked me a question about one of the planes. While I struggled over an answer, she said, "No. I'll ask Dad." 🤣

Day Three took us back into DC. Our first stop (which also ended up being our last) was the United States Holocaust Memorial Museum. Ron and I had been to the museum before, but this was a first visit for both Kati and Bekah.

There is so much that could be said about this museum. It is incredibly, incredibly moving . . . from beginning to end. It mind-boggling to see the rather rapid evolution from tolerance to persecution to  absolutely unspeakable horror. It was a somber visit. Much to learn, much to ponder.

One of the most meaningful parts of the museum for me was the little theatre area on the second floor where you can watch a video of Holocaust survivors sharing their own stories. (You can actually see some of these interviews . . . and more . . .  ~here~. Heartbreaking and inspiring.)

We had planned to visit the Museum of the Bible on this trip, but we spent a great deal of time at the Holocaust Museum and we had hoped to leave the city before rush hour. We made a quick decision to return for a day trip sometime this spring.

Although our first "senior trip" was a happy accident, these became a meaningful part of our children's high school experience. Senior trips were something to look forward to. They were a rite of passage. They were meaningful times to spend together as a family. And they were times to make happy memories.

A senior trip was another way of finding joy in the homeschool journey!