The Persistent Candle and the Polite Piñata

Because Kati often requests Mexican food for her birthday meal

we chose a Mexican theme for our November birthday celebration! 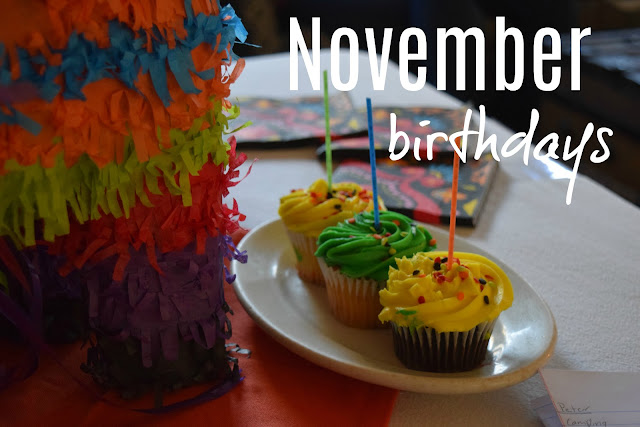 It was a lovely day of celebrating our November birthday people: Paul, Peter, and Kati! Family gathered, tacos, games, a sweet guest, Choco Tacos for dessert, lots of baby holding . . . all the makings of a festive afternoon! 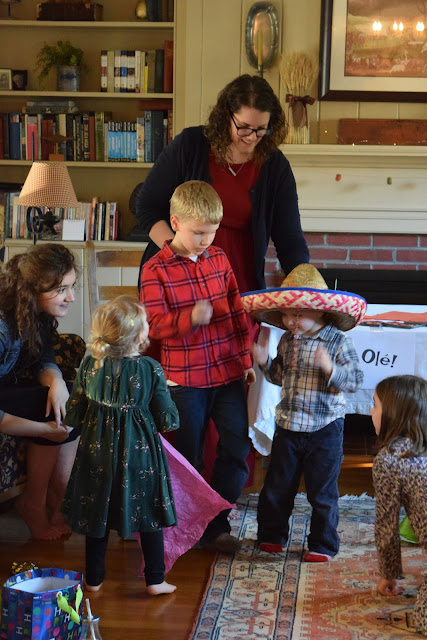 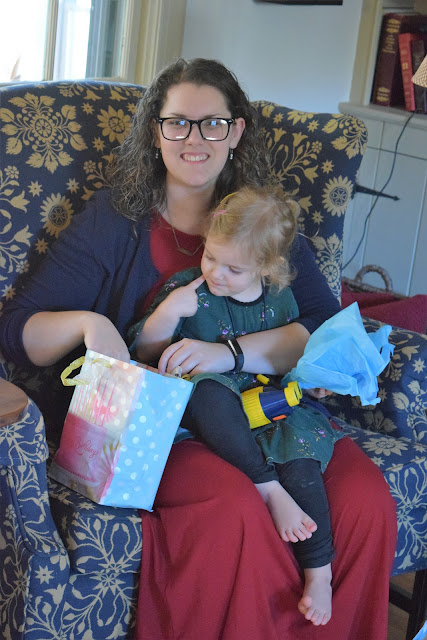 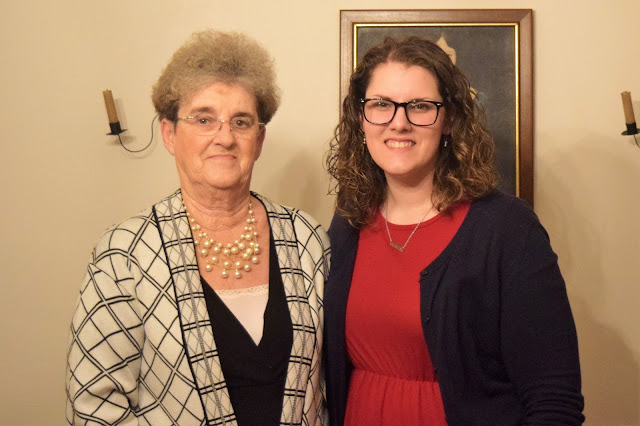 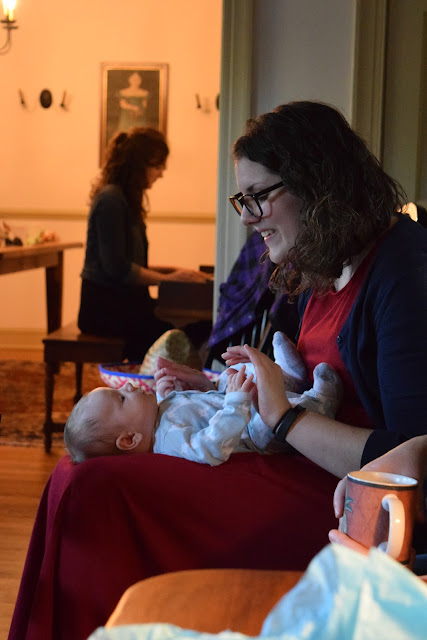 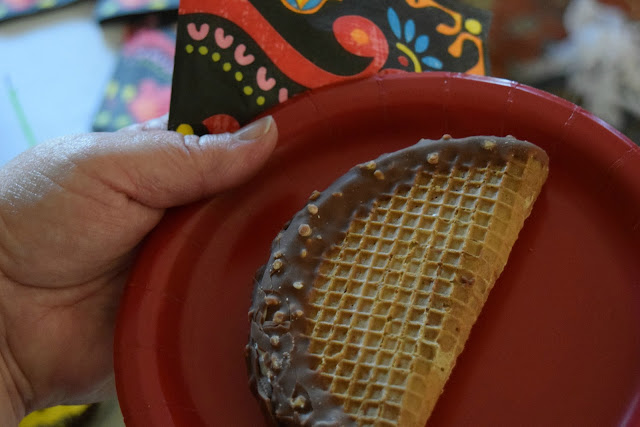 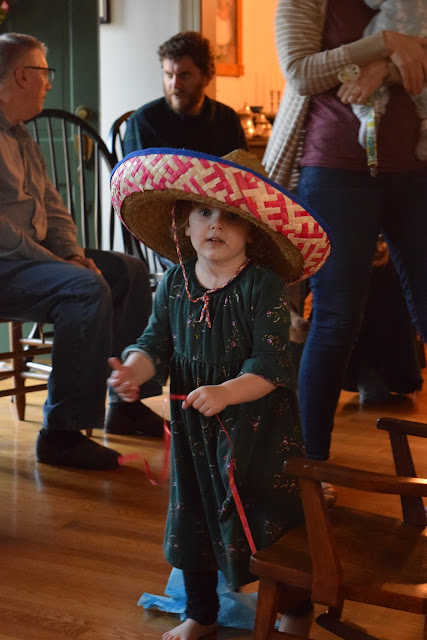 Then there was the candle that wouldn't extinguish! CrAzY, because I assure you that they were not trick candles. Kati's and Peter's blew out on the first try. Paul's, however, just wouldn't give up. 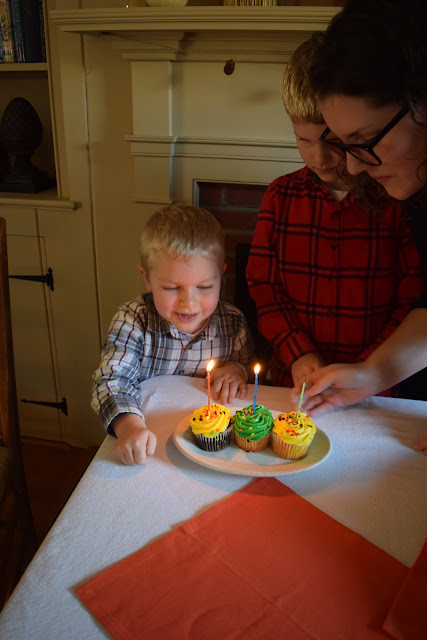 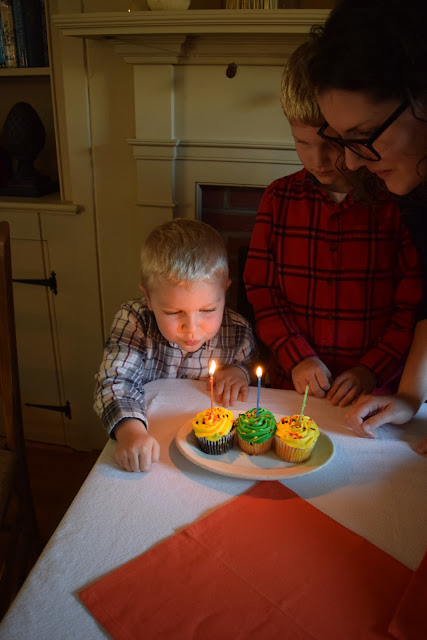 And then there was the piñata.

I had bought a pull string piñata instead of the traditional whack-with-a-stick variety. (Only one of the cascading ribbons opens the trap door to the candy.)

First, each of the birthday peeps had a turn to pull a string. 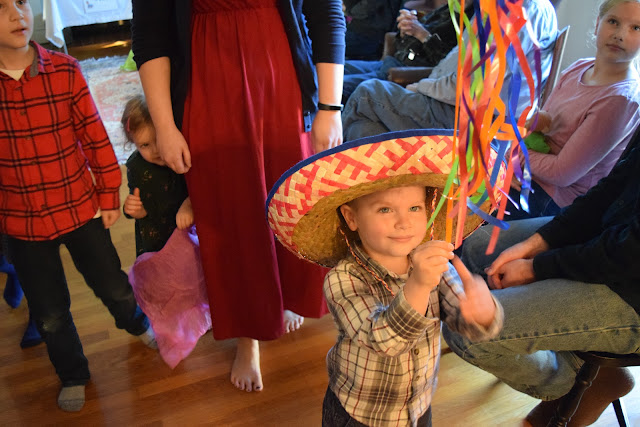 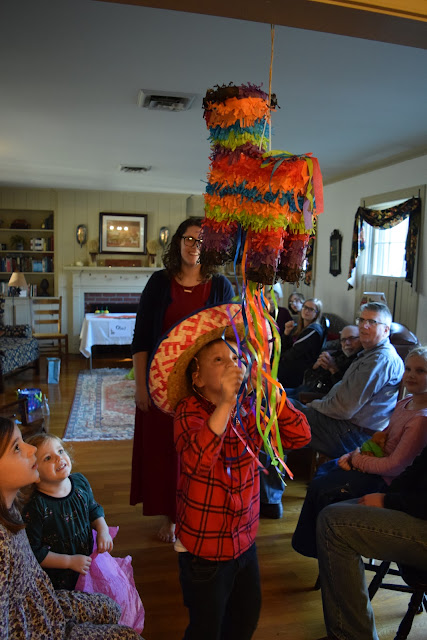 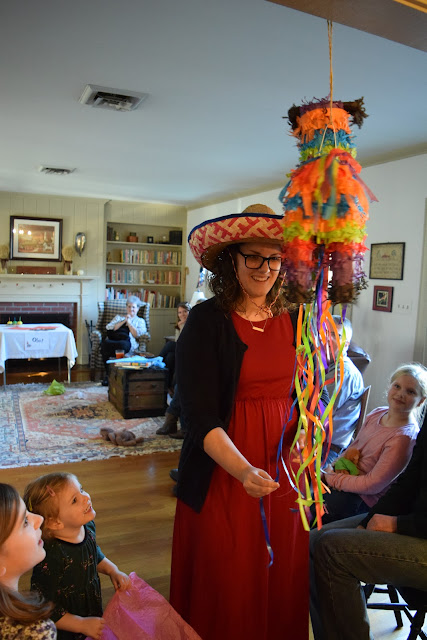 No candy yet. So we let the others take a turn, from youngest to oldest.

Still no candy! The suspense is mounting! 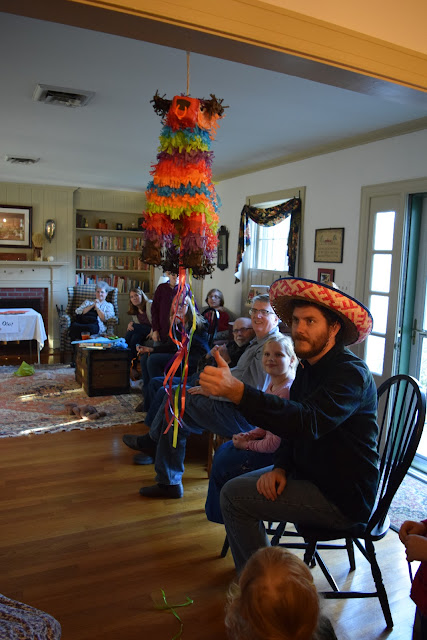 and the trap door began to open, but also the hanger became dislodged and the whole thing crashed to the floor!

He picked it up and started to dump out the candy.

But do you see what is happening? 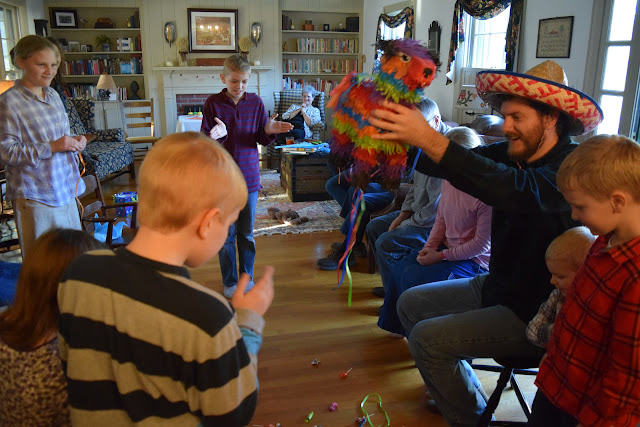 The kids all just stood around watching the candy scatter over the floor. 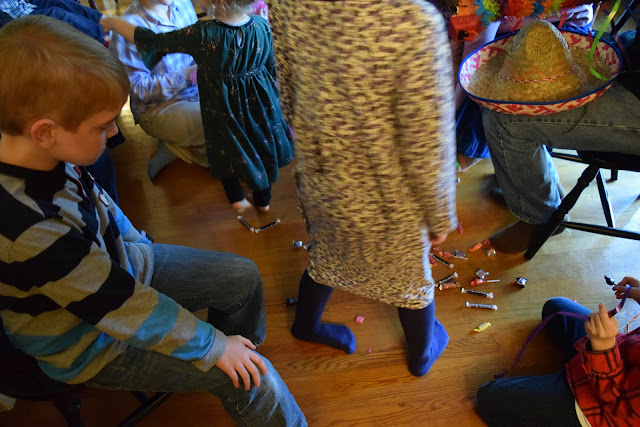 They started picking up a few pieces. 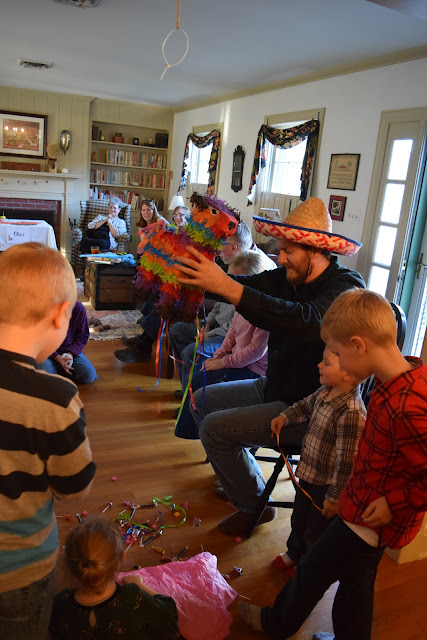 It was the most polite piñata scramble ever! 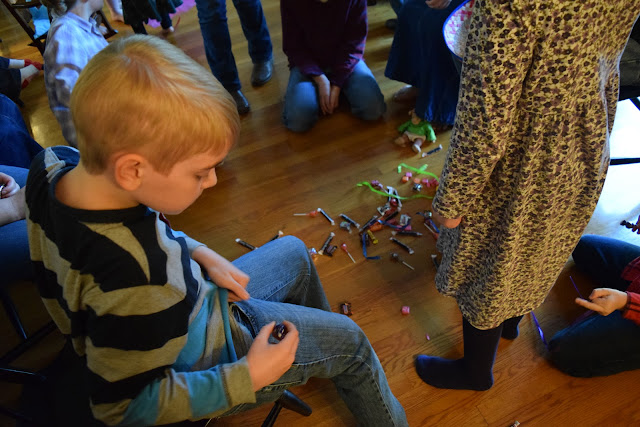 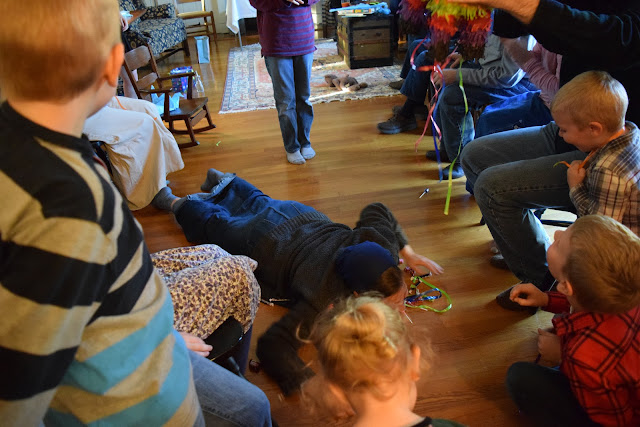 P.S. There was even candy left over! It will be recycled as Grandy.