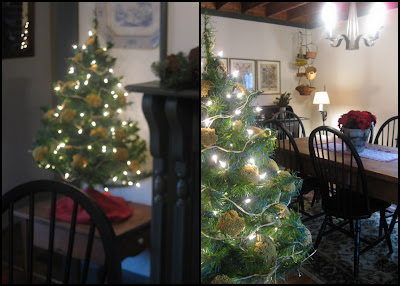 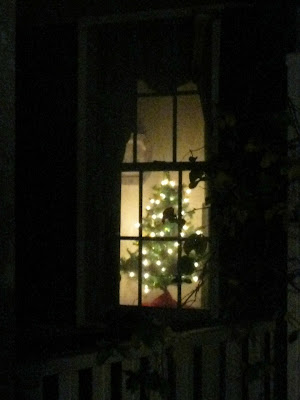 Ron told me that this is the view that he sees when he gets home from work at the end of the day.  It is a welcoming window to him.  It says that the long day is over.  It says now you are home.  It says it is Christmas inside.
So now each year as we decorate the little dining room tree, I think of it as Ron's tree, a part of his welcoming window.
Posted by Cheryl