The Bathroom: A Year Later {And Hiding Ugly Stuff}

I kind of left you hanging out in the bathroom.
No, not literally.  But last May, I decided to show you the "after" pictures of our newly remodeled bathroom when the major work was completed, but before some of the finishing touches were in place.
The unfinished business was:
And thirteen months later, it's all done. 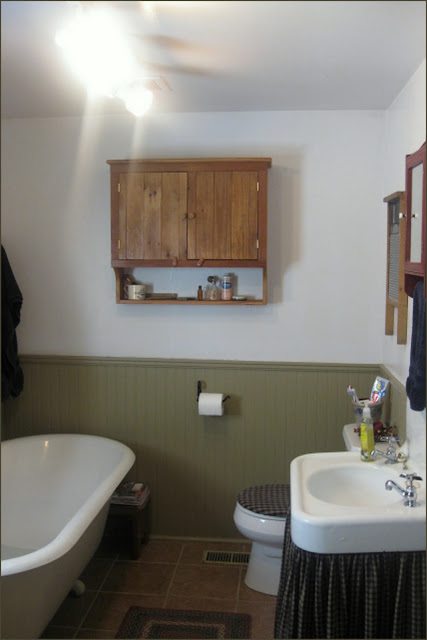 The first thing on the list was actually the first thing completed.  I already had the fabric when I posted the "afters," but had chosen to make the vanity skirt and lid cover before the curtain.  I decided to make a valance, and this simple project was finished in an afternoon. 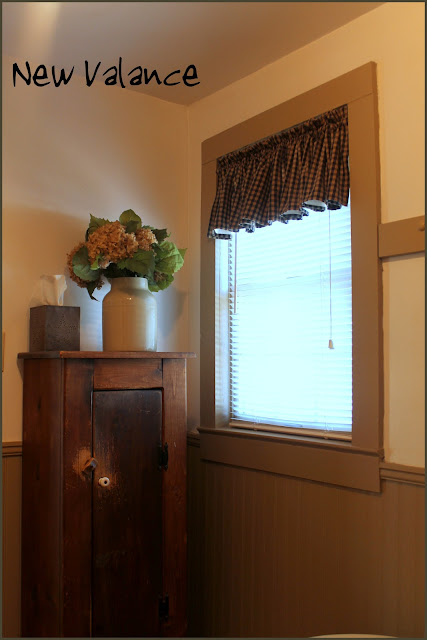 The second thing was a bit more complicated.  I had an idea of what I wanted, but finding it was no easy task.  Lowe's and Home Depot just don't carry colonial farmhouse-y style toilet paper holders.  Online shopping was the way to go, and we finally found this wrought iron holder in a price we could both live with. 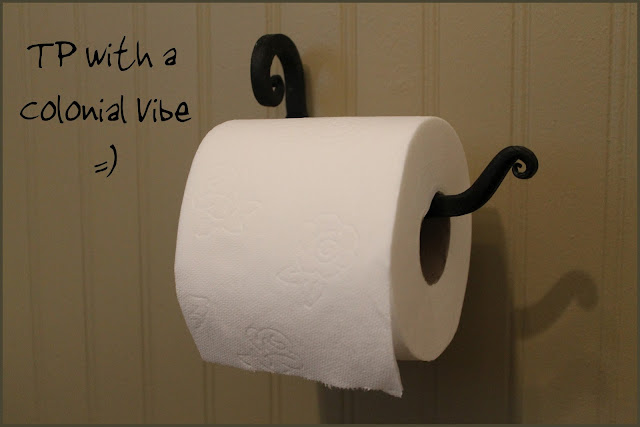 The last component was even more of a challenge.  I needed something to put on that plain wall.  The bathroom is pretty small and I thought that too many small pieces would be gobby.  But what kind of large piece would fill the wall and look bathroom-ish, without dominating the space?
When I saw this antique cabinet, I knew my search was over.  Well not exactly.  I did have to convince Ron to make a similar one (pretty easy).  And then he did have to work it into his project list (not so easy).  But in April, just before we plunged into the kitchen remodel, he finished the cabinet and hung it on the wall...and I quickly filled it! 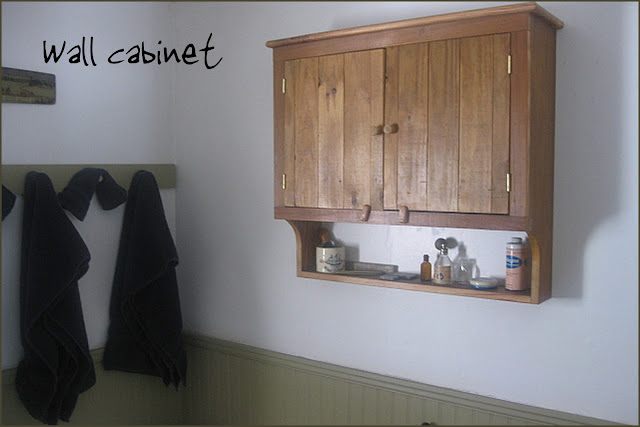 It is the perfect thing for that wall!  The scale is right for the space  But even more importantly, it hides ugly stuff!
I've told you that one of my main principles of storage is to do just that...hide ugly stuff.   Anytime I can find an attractive container, cabinet, or basket in which to hide stuff, that is what I'm going to do.  This bathroom cabinet holds tons of beauty products and frees up some space in my small laundry room.  Yippee! 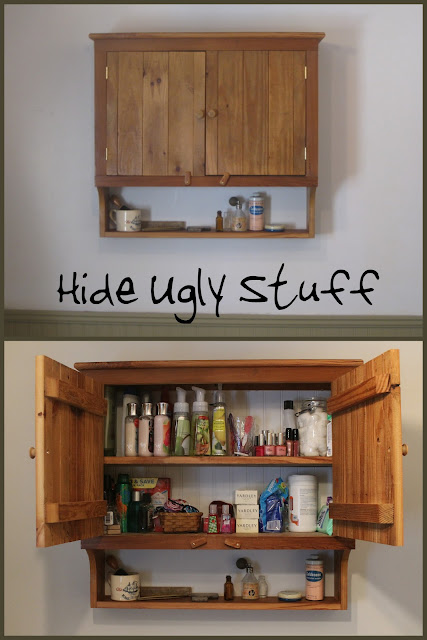 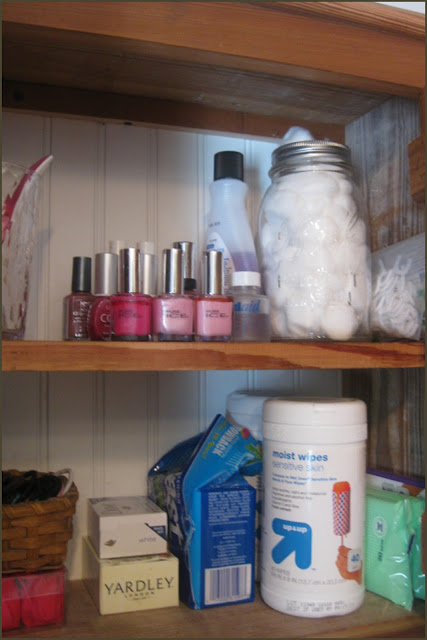 It may have taken nearly a year to get it all together (and I confess that I was getting awfully tired of looking at that bare wall!), but I'm glad that we waited for all the right ingredients.  In the long run, it saves money, and the result is a finished product that makes you happy over the long term.