When it is September, and it is my turn to host our small homeschool co-op, and the hosting mom plans the craft for the day, what do you think I do?  Plan an autumn craft, of course! 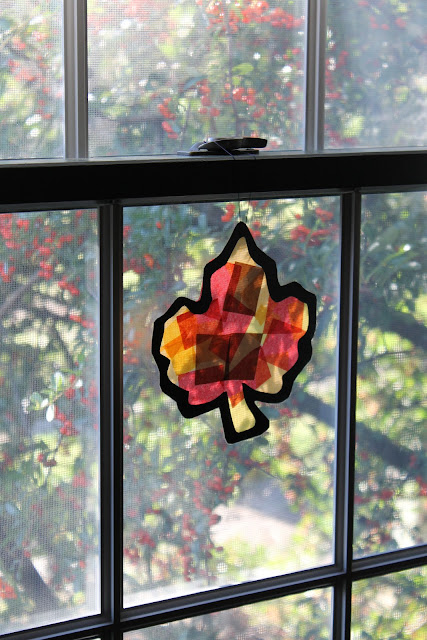 Besides the fact that it shouts autumn, this craft had a few other things going for it.


The week before co-op, I gathered our supplies (black construction paper, colored tissue paper, and contact paper), downloaded the template, and began cutting.  I cut out the black outlines and Bekah cut out the tissue paper pieces while we were watching old episodes of Murder, She Wrote.  Easy, peasy. 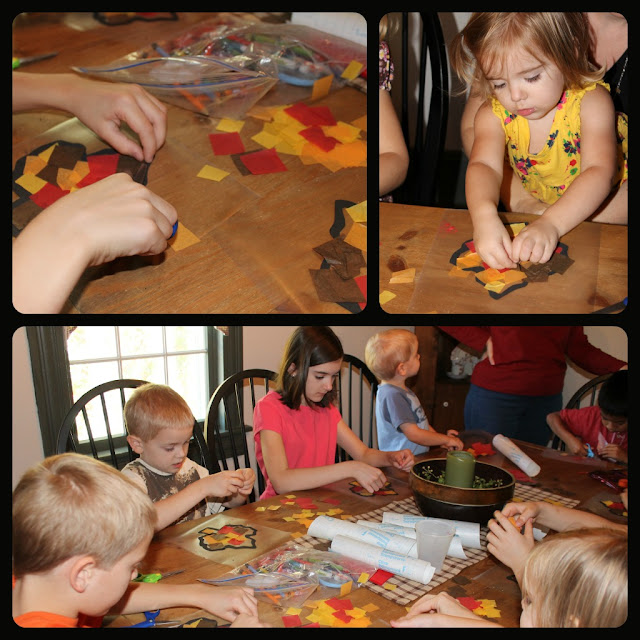 On co-op day, all eight children made their leaf sun catchers (complete instructions and downloadable template ~here~), and took home some loveliness for their windows. 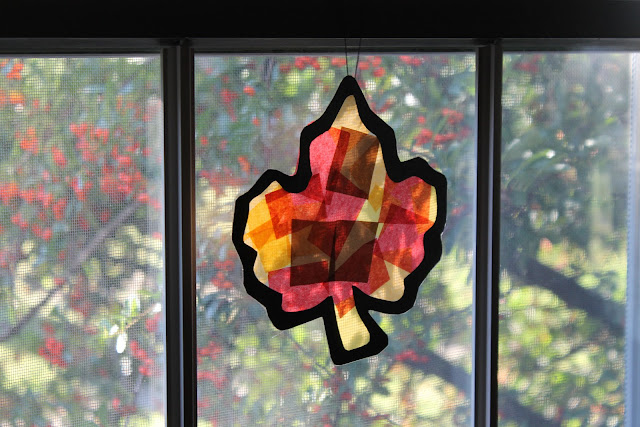 I think Bekah and I will make a few more, so we can hang a bunch!