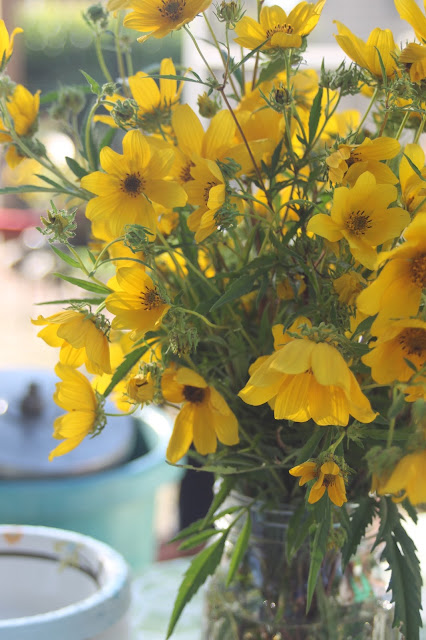 The zinnias are summer weary. It's too early for mums. But I wanted something with color to brighten the table for our last summer ice cream party.

On the way home from church, Ron pulled over to the side of the rural road we were traveling. Along the ditch banks as far as the eye could see were these cheerful yellow wildflowers!

"Want to pick a bouquet for the table?" he asked.

One of us was afraid that critters were lurking in the blooms, but the rest of us clambered out of the van and began to pick. Within a couple of minutes we had enough. I gave them a hearty shake to leave behind any possible critters before I laid them on my lap for the drive home.

Turns out we had enough to fill two Mason jars, so we put a jarful on the island and another on the picnic table. 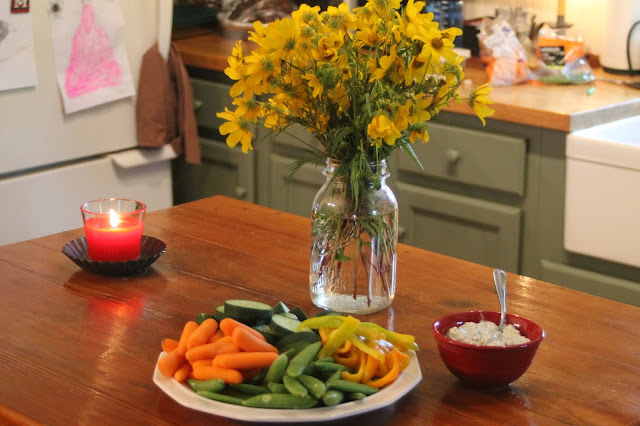 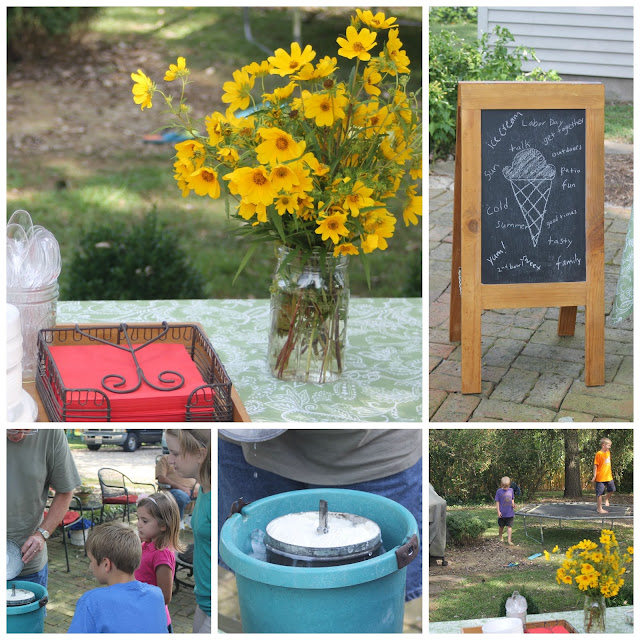 Sunday lunch with family. Ice cream party in the afternoon. Game party Kati hosted for friends in the evening. Simple centerpieces for all!