I am full of thanksgiving tonight! 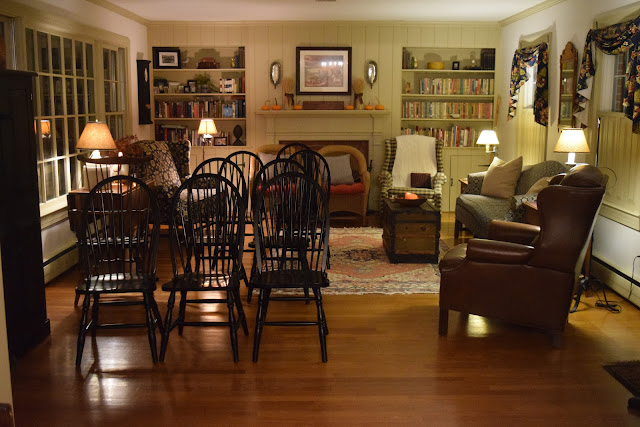 I am thankful for the gift of music.

This evening, Bekah's piano students presented their fall recital, a mix of classical and sacred music. It was a delight to hear the students, to see how much they have improved since the last recital, to be inspired by the works that they played.

Here are four of her five students (one was unable to attend), ready for the program to begin! 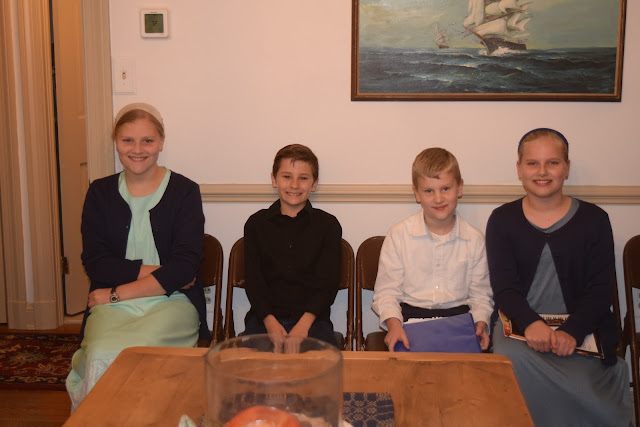 I am thankful for all of the family and friends who came.

Richard's family (who are also our neighbors and friends) . . . longtime friends Gary and Frances who come to support Eve, Nora, and Peter . . . and tonight, some extra special guests. Friends of Ryan and Sarah (John and his wife Susan who was Eve's and Nora's first piano teacher!), traveled from out of state so that they could visit and come to the recital! It was such a delight to meet them!


I am thankful for rich discussion.

As we enjoyed refreshments after the program, we (folks over eighteen) talked about the rapid passage of time. Two of the couples in the room will be observing their 50th wedding anniversary next year and were remarking about how quickly the years flew by. We talked about Psalm 90 (lots there about the passage of time).  Ryan told about 92-year-old man in their church who was asked if his years had gone by quickly. He whispered, "Like a vapor." Our guest, John, told us that the word "vanity" in Ecclesiastes (as in chapter 1, verse 2 which reads "vanity of vanities; all is vanity") can be translated "vapor." So when Solomon was referring to something as a "vanity," he was referring to its transient nature, its brevity. 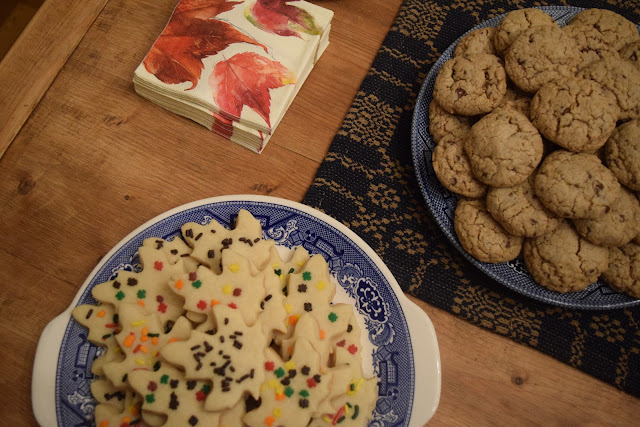 I am thankful for a new-to-me (or at least, I thought it was) song.

In the comments on yesterday's blog post, Melissa mentioned the song "Ancient Words" by Michael W. Smith. I loved the lyrics she shared and did a search for a recording.

Well, come to find out, my daughter says that we have sung this at church! Bekah says that she remembers singing it, Ron says that he doesn't, and I am thinking that that must be why it sounded vaguely familiar but I never would have said that I knew it.

Regardless, I know it now and love the message.


Ancient words, ever true
Changing me, changing you
We have come with open hearts
Oh let the ancient words impart.


For the handful of people who are not familiar with the song (most of my Facebook friends were!), I'll share the video here:


I suppose this was one of those nights when I chattered on about my blessings! Feel free to leave some of your "gratefuls" in the comments. I love to read them!