Wednesdays With My Mother-in-Law

Wednesdays are going to feel very different for a while.

My mother-in-law passed away last week at the age of 92. As I have said to so many people who have lost loved ones, I don't think we're ever "ready" to say goodbye to one we love. 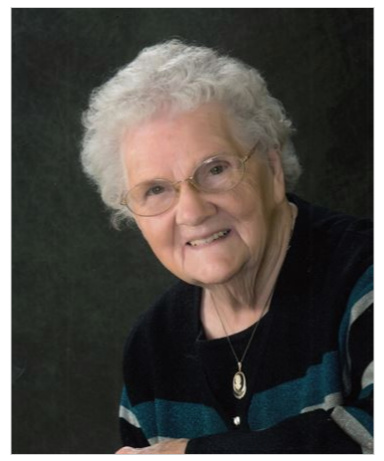 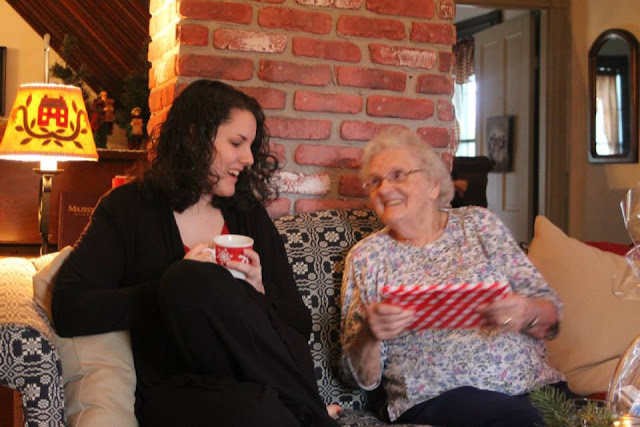 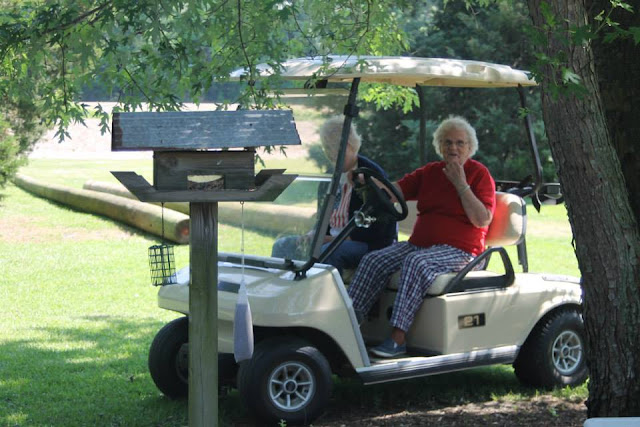 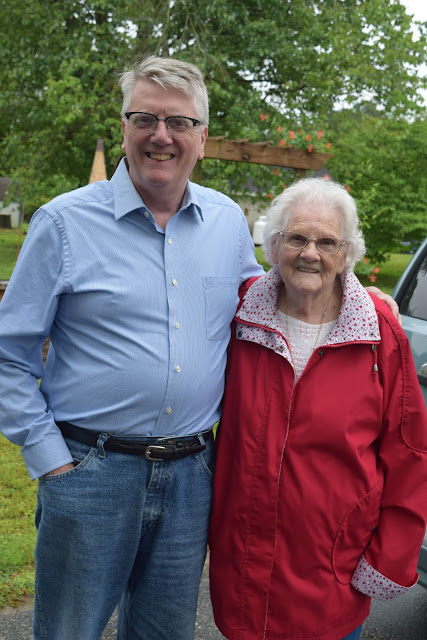 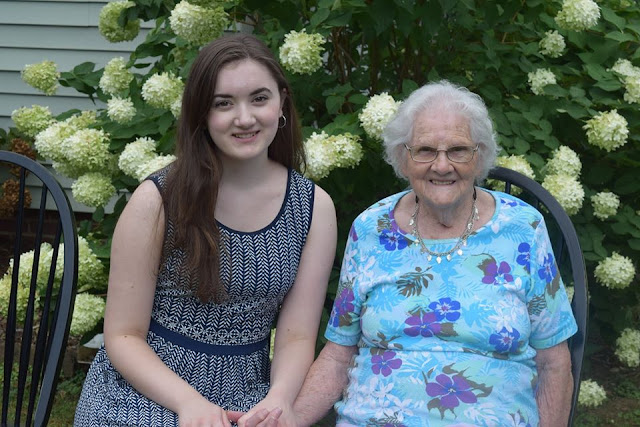 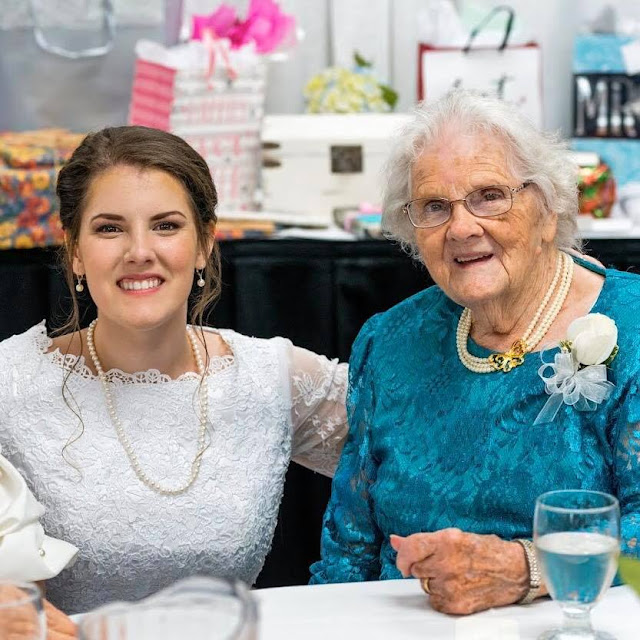 Mom had enjoyed remarkably good health in her lifetime, up until last fall when her heart began to fail. We were blessed to have nearly six more months with her.

I will treasure the days that I was able to spend with Mom during the last months of her life.

That time was a gift.

Oh yes, I know it was a gift to Mom to be well cared for by her eight children and their spouses, enabling her to remain in her home until the end. But that time was also a gift to us!

There is just something about knowing that time is short . . . 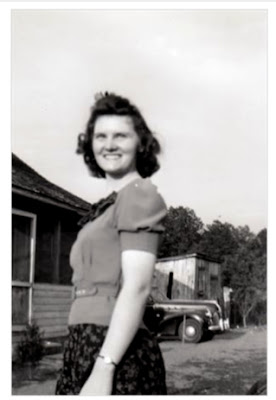 Wednesdays became my day to spend with her. And along with simple things like giving her meds, preparing lunch, doing the dishes, and sweeping the floor, there was plenty of time to talk.

I learned so much!

We talked some about her own childhood, about her father who was a small farmer and her mother who worked outside the home to make ends meet. She told me about her older brother and her younger sister and some of their adventures around the farm. She told me how she started preparing meals for her family when she was only nine or ten years old. She would come home from school and her father would kill a chicken, they'd clean it and dress it, and she would cook it for their supper. When her mother had another baby, she quit school to care for her baby sister. 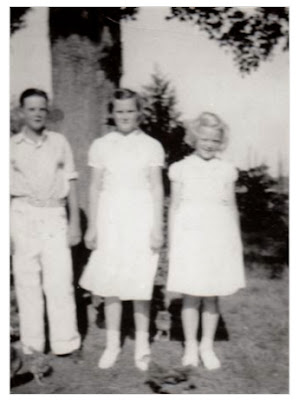 One Wednesday that I was sitting with my mother-in-law, I happened to look over at her china closet while we were eating lunch and I noticed the cake topper from their 50th wedding anniversary. My mind went back to the celebration of their fifty years and I said to her, "Mom, that doesn't seem like that long ago!" She agreed, and as we continued to talk, we realized that that very day was the date of their anniversary, and that they were married exactly 75 years ago that day!

She did a little reminiscing about the day they married . . . how they had gotten married in the afternoon, then went to Dad's sister's house for dinner, and then went to a movie. I asked her if she remembered anything that they ate at Irene's house. She said couldn't remember everything, but she remembers having macaroni and cheese. Well, guess what I had brought her for lunch that day (even though I usually brought some kind of soup)?! Yes, macaroni and cheese! So we had a little anniversary celebration there that day! 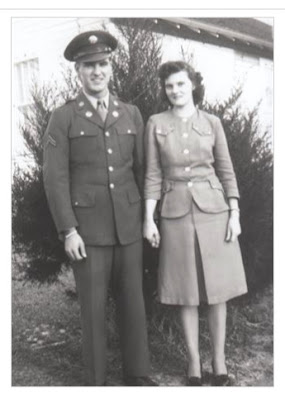 She then went back even further to that first day that she saw her future husband. She was 13 or 14 years old and he walked through her house with a friend (they were looking for another friend) and she took notice of him. "I liked the way he looked!," she said.

Indeed she did! And a few years after that, he took notice of her and the rest is history! 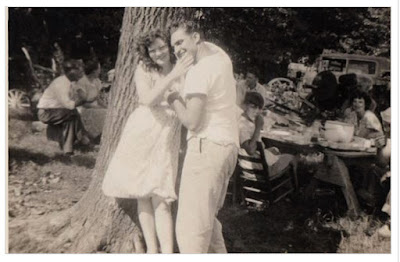 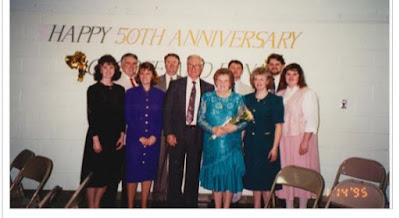 She told me about decisions they had made. Mom wanted to be at home with her children, and Dad wanted that too. But money was tight and one day she had applied for a job in a school cafeteria. When Dad learned about it, he told her that she didn't need to do that, and he decided that they would move to the country and buy a small farm so that she would raise chickens commercially for income. 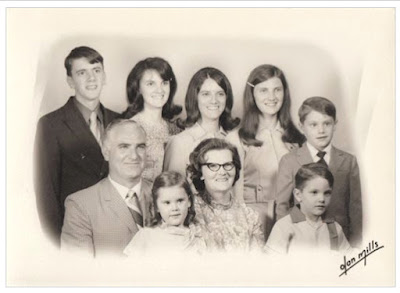 She talked the most about her children. As we sat in the family room, she'd look up at the large photo of herself with her eight children taken a few years ago and she would tell me about each one . . . when they came to see her each week, what they did, what their talents and accomplishments were, stories from their childhoods. Mom was so proud of her large family and she'd say, "Not everyone has a nice family like I have," and "They've all been so good to me." 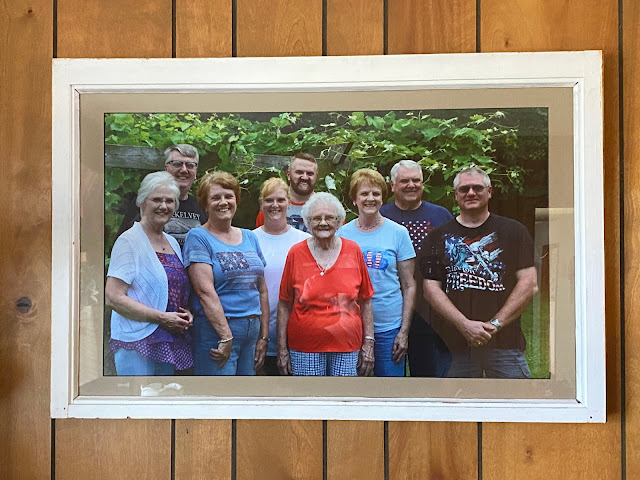 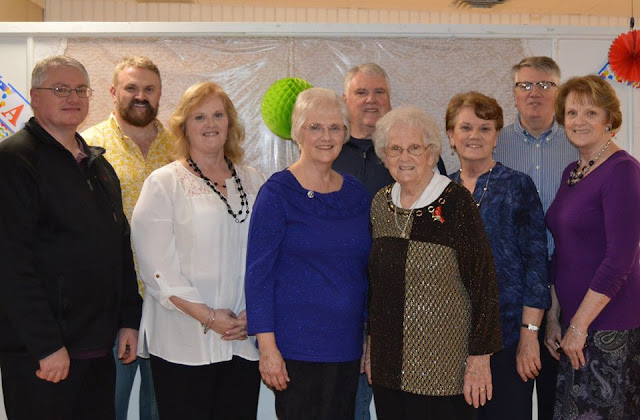 I was relieved when Mom told me (several times) that she liked our new house and that she understood why we had moved away from The Farmhouse (which adjoined family property and was just down the road from her). I suppose we always desire our parents' approval, no matter our age. (And I considered my mother-in-law my parent too. I had promised Ron on our wedding day, "Your people will be my people, and your God, my God." ~ Ruth 1:16) 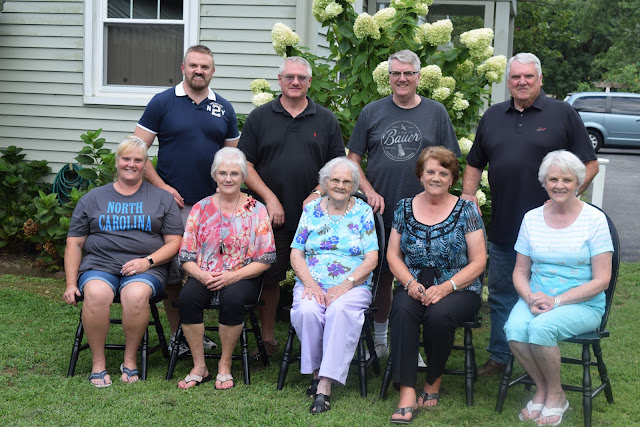 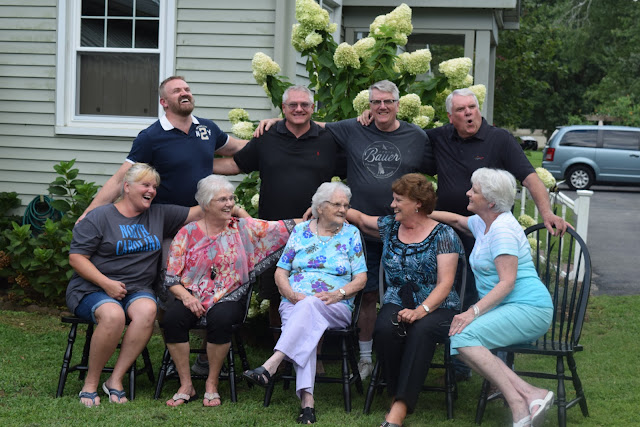 Some Wednesdays, the time would fly by. On some, the hours would pass slowly. But the time was always well spent. Looking at photos on my phone. Rubbing medicated lotion on the rash on her back while she oohed and aahed about how good it felt. Sharing a Bible verse. Talking about the many cards she received those last months. (Oh, how she loved those cards!) Commiserating with her when she did not feel well. Tucking the covers around her when she lay down for a nap. 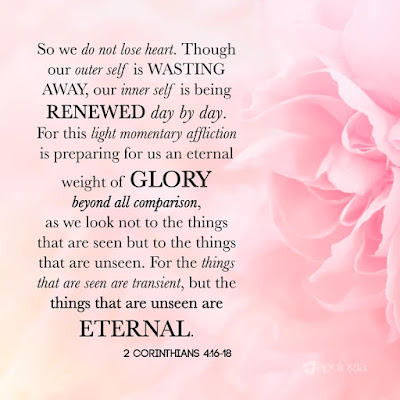 My mother-in-law had a Leap Day birthday. She had requested that her eight children and their spouses come and have dinner at her house, using some of the food in her pantry and freezer. We gathered, per her request, but she was too weak to get out of bed that evening, so we all gathered in her room before the meal. She asked the blessing on the food and as she prayed she said, "Oh God, you've been good to me." We sang Happy Birthday to her, then we sang a few songs together, and when we sang "God Is So Good," she sang along. What a precious memory!

In less than 36 hours, she gently passed on into eternity. 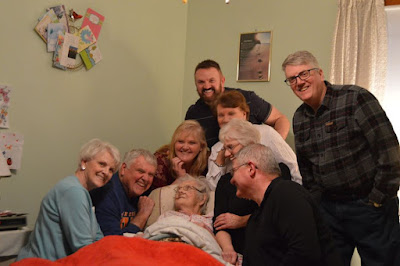 I am so grateful that we had the gift of time . . . time to talk, time to care, time to give, time to love.

No, Wednesdays will not be the same now.

But I am the richer for those I spent with my mother-in-law.