I'm sure I have told you about our family's SUMMER BIRTHDAY TRAIN. It slowly pulls away from the station in June with Andrew's birthday (and this year we have added Ellie's). In the middle of July, the train picks up speed with Eve's and Maddie's birthdays. And by the time August arrives . . . it feel like a runaway train that is whizzing down the track and sometimes I have a hard time hanging on! Yes, folks, we have seven birthdays (and three anniversaries) in our family in August. Then, lest you think the train is pulling into the station as August ends, on the very next day there's another birthday!

Recently, we celebrated all TEN of the July, August, and September birthdays with ONE citrusy fun party. 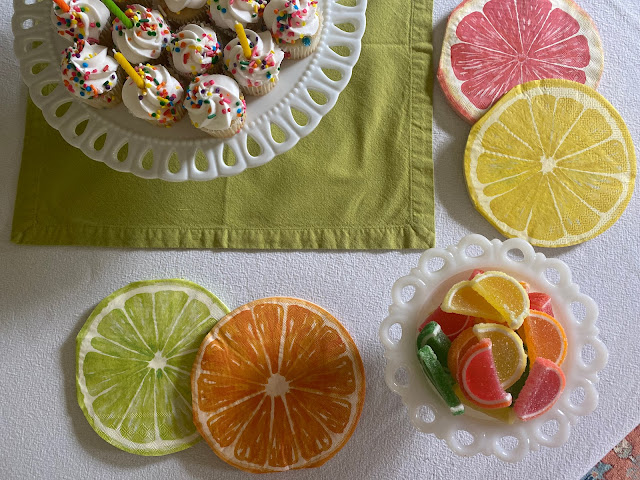 I had picked up these fruit slice napkins at HomeGoods and the end of last summer and had squirreled them away for this year's party. Mom had found the candy fruits after Passover and offered to bring them on Father's Day, but when I (re)discovered the napkins in my summer box, we decided to save them for the summer birthday bash.

Some citrusy pepper jelly over cream cheese served with crackers was a quick appetizer. I pulled the colorful straws out of my party drawer. (I buy such things when I see them, and then wait for the right opportunity/party!) Owen made Key lime bars, I made lemon bars, and Mom brought some festive cupcakes. 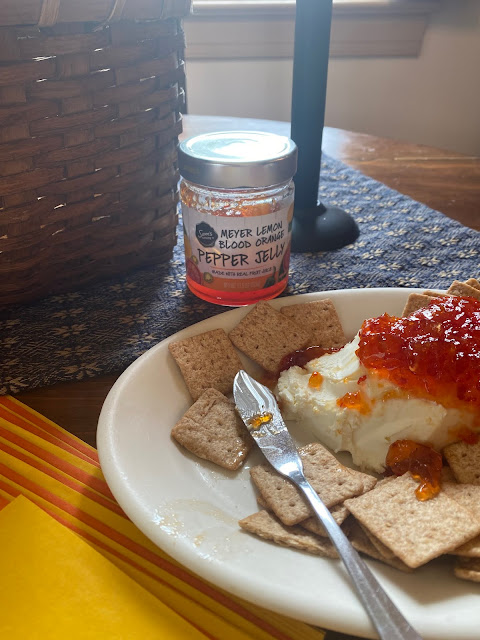 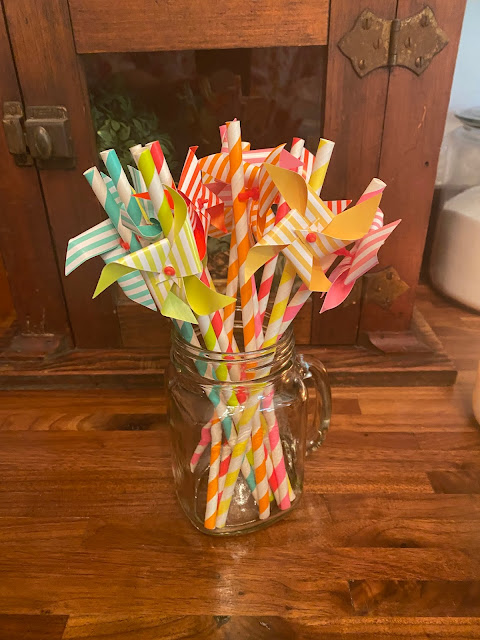 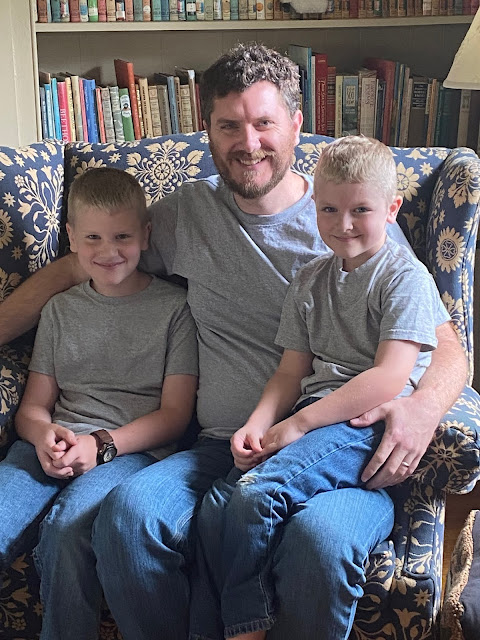 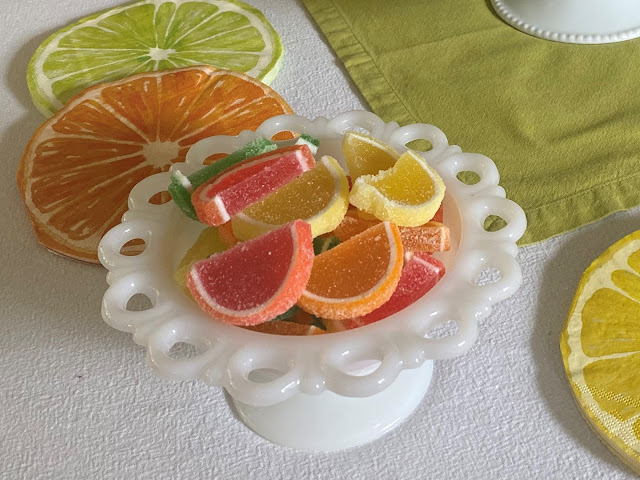 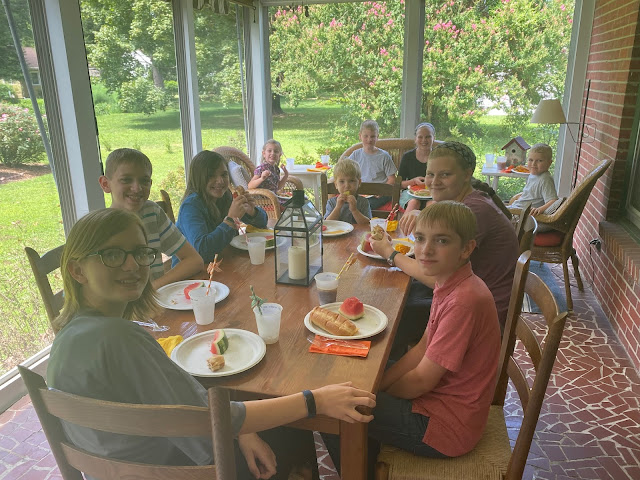 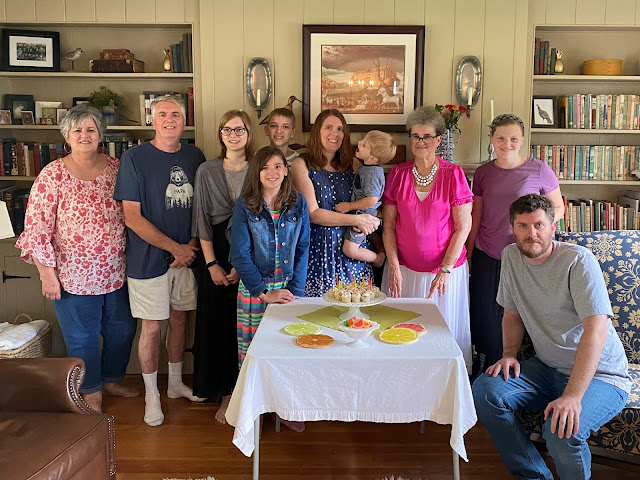 We had a slide show of baby pictures of each of the birthday people and everyone tried to guess who was who. It was pretty easy for those of us who were (ahem) older, but it was more of a challenge for the younger folks. 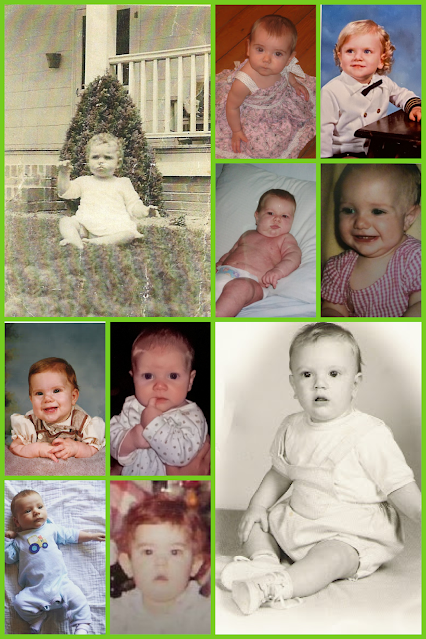 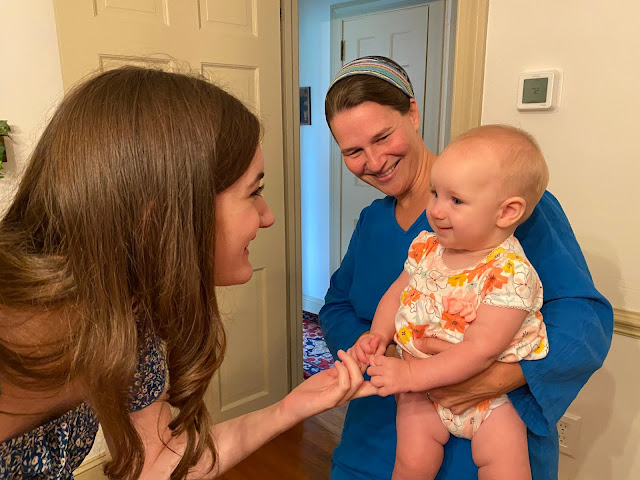 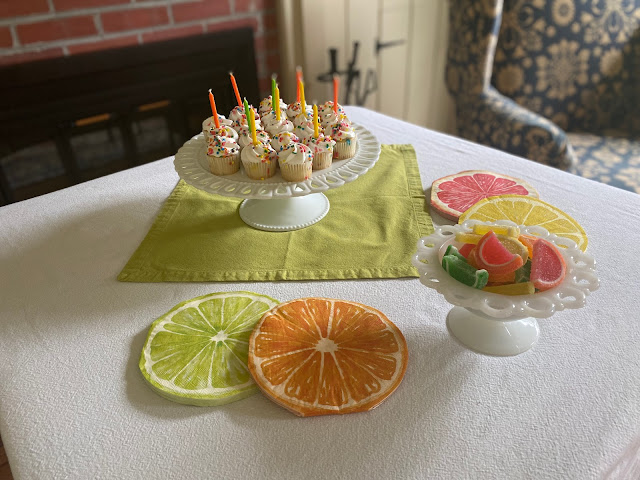 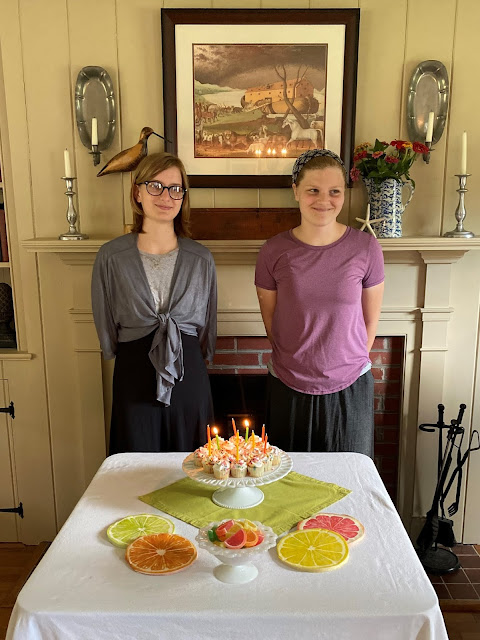 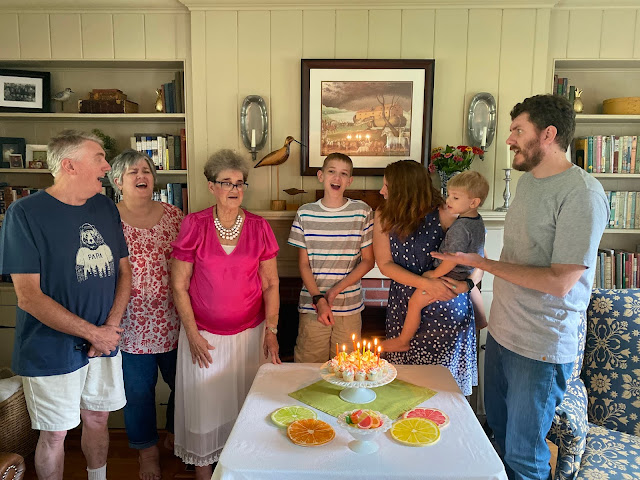 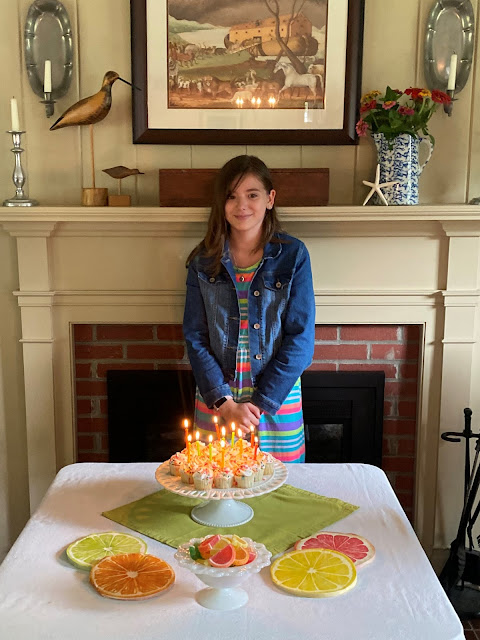 And now the summer birthday train is nearing the station! 🚉 We have had a busy summer and it has flown by! How has your summer been?
Posted by Cheryl