ANTIQUING: In Which We Discover and Buy A Piece Of History 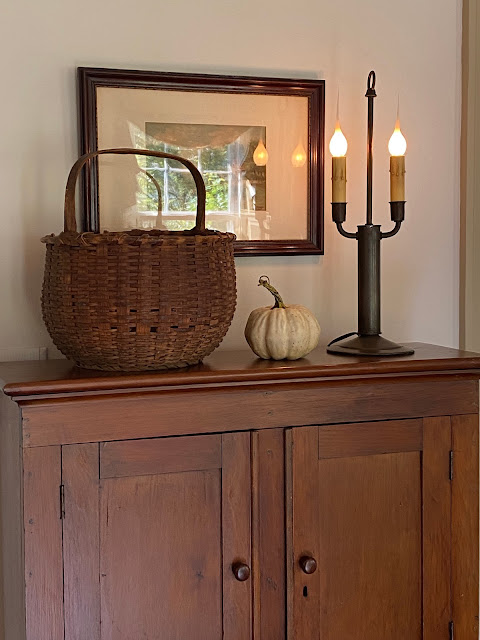 Some of our plans had unexpectedly changed, so Bekah and I went on an impromptu road trip/antiquing adventure. We had meandered through a lovely store, oohing and aahing, and even asking about a paint color in a certain booth.  (Because I am still in search of the "perfect" color for my kitchen and I have. not. found. it.)  I was looking through one last booth when Bekah asked me if I had seen the booth with the beautiful desk. I had somehow missed that space and she said, "You're going to want to see it!"

So I followed Bekah down the aisle to the booth with the desk . . . and she was right!

Here was a simply beautiful plantation desk. It had this note taped to the side: 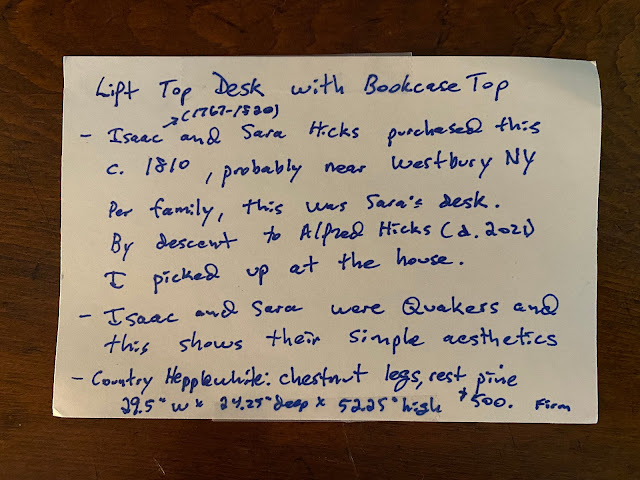 Bekah and I stood there and bemoaned the fact that Alfred Hicks had just died the previous year, that this desk had been in his family since 1810 . . . and that now it was here in an antique store! Why didn't anyone in Alfred's family want this piece of family history?! Did Alfred not have any descendants, or did they not value their family's history? Or were there many other items that they loved more and so they chose to let this desk go to another home?

Regardless of the reasons, it made us a little sad to think of Alfred and his homeless desk. But I certainly had not come on this antiquing adventure with plans to spend $500.00! Besides, where in the world would I put a desk in my house? I had no empty spaces or blank walls.

However . . . there were a few baskets in the booth that were also a part of Alfred Hicks's estate. It was a small way for me to validate Alfred's place in history, so I chose this wonderful basket with the family name inscribed in the handle. 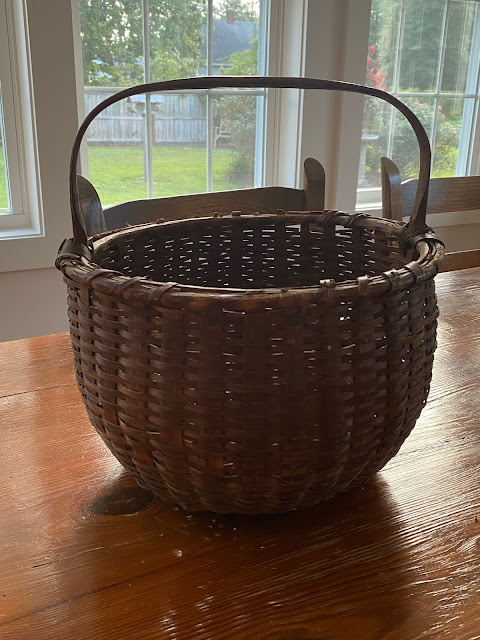 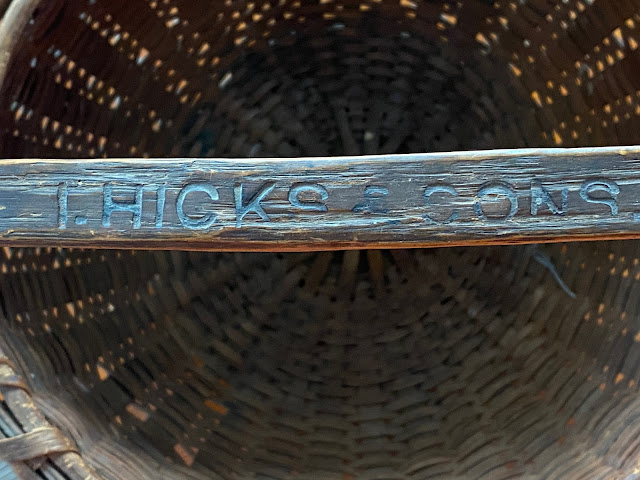 We left the antique store, me feeling good about my purchase, Bekah still drooling over the desk.

As we drove to lunch, Bekah started searching for any information about the Isaac Hicks family. Much to our surprise, she discovered that Isaac Hicks was a successful Quaker merchant from Westbury, New York, who dealt in both dry goods and the shipping industry from 1790 to 1807. (You can read more ~here~.)

And I have his basket!

And then: "Mom! Isaac Hicks was a cousin of Edward Hicks!"

I have long admired the art of Edward Hicks. As a matter of fact, I have a framed print of Hicks's Noah's Ark hanging above my living room mantel. (The same print also hung in the living room of The Farmhouse.)
A few years ago, we purchased another Hicks print, Peaceable Kingdom, for our dining room. We had it matted and Ron made the frame. 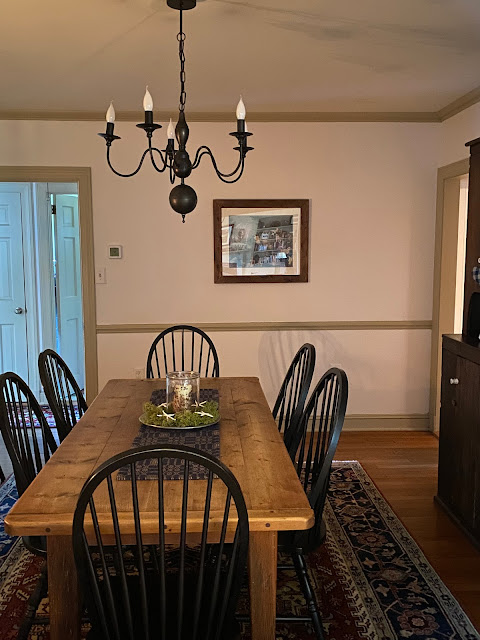 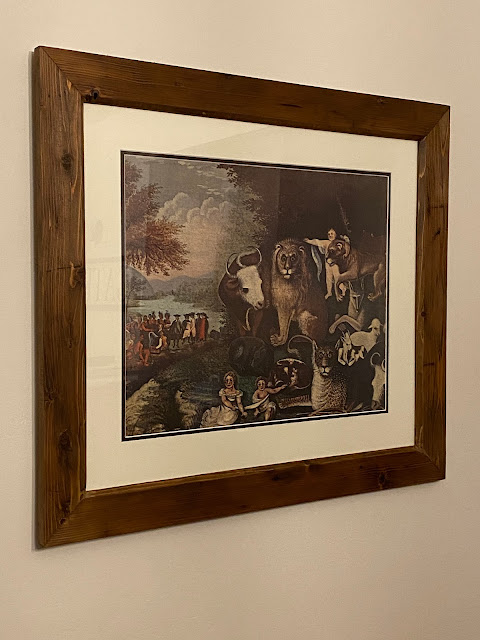 To say that we were thrilled with the connection between Isaac Hicks and "our" artist Edward Hicks would be an understatement!

By the time we had eaten lunch, Bekah had decided to return to the antique store to purchase a smaller basket that had belonged to Isaac Hicks. We both went home with treasures and we felt that we had preserved a bit of history. 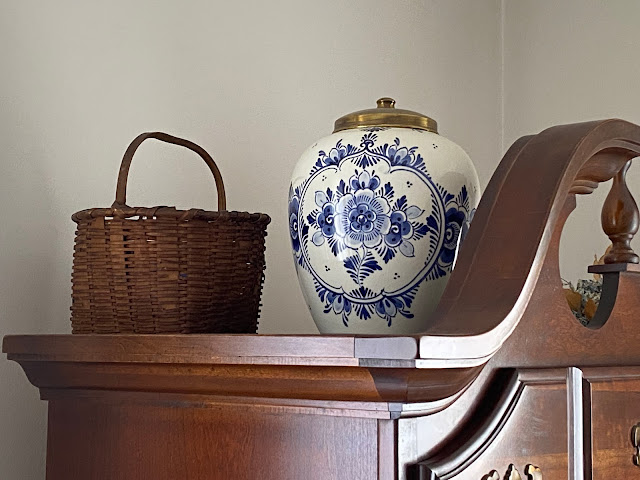 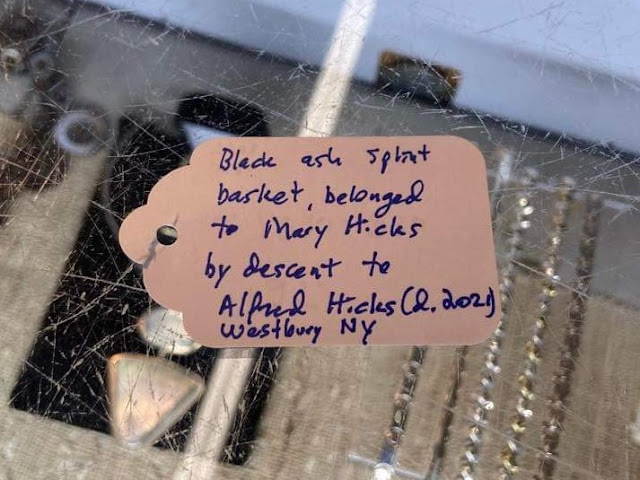 As the weeks passed, we still talked about the desk and how beautiful it was and how we hoped that someone who really appreciated it would buy it. But one night, it dawned on me that I could actually move something that I already had to make a space for Alfred's desk that I loved. Of course! And then I hatched a plan to ask Ron if the desk could be my birthday/Christmas gift for several years. (My wheels were spinning!) He said yes!
So Bekah and I made a plan to return to the antique store. Before we went, I called ahead to be sure that the desk was still there. It was . . . and it was now 20% off!
Off we went on another road trip, this time with a definite purpose!

As one of the men at the store prepared the desk to be loaded into my van, I chatted with one of the proprietors at the front counter. He mentioned how lovely the desk was, and how it was such a great size as many plantation desks are so large. And then he said, "It was the history that got you, wasn't it?"

Yes! He was absolutely right. It was the history, and the way that an unknown man and his desk had pulled on my heart strings.

Bekah and I headed for home a little giddy. We couldn't believe that we actually had Alfred's desk in the back of our van . . . and it was ours! 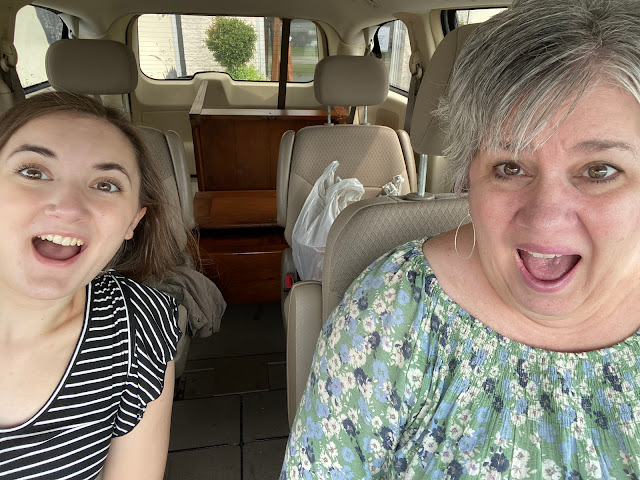 Here is the desk that was in the Hicks family for 211 years. And now it is our family's turn! 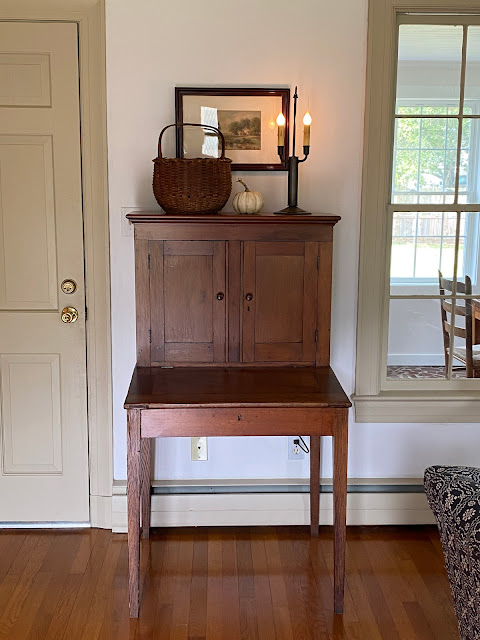 I had several ideas of where to put the desk. This is the first place that I tried it, here in the living room, across from the front door . . . and this is where it will stay. It will be the most visible in this spot and I love it here. 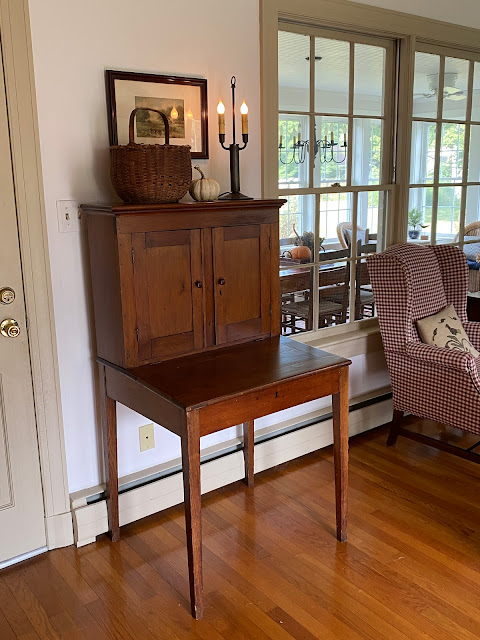 I think it looks quite at home!
Posted by Cheryl