ANTIQUING: Top Finds of the Summer

In spite of the whirlwind pace of our summer, I was able to squeeze in several antiquing adventures . . . some with my good friend and antiquing partner Barbara, and some with Bekah who also enjoys antiquing and has a great eye!

Today, I'll tell you about two fantastic bargains that I found this summer. (I'm saving my favorite find for a separate post. ~ swoon ~) 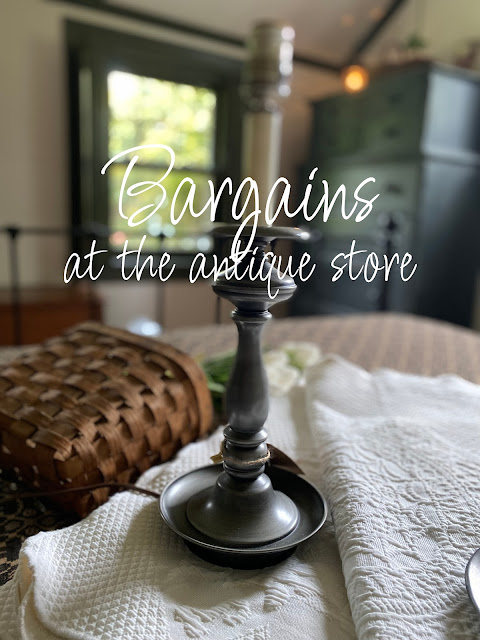 In an upstairs cranny of an antique store, there lay a white matelassé coverlet. It had a lovely pattern, so I peeked at the price. The tag said full/queen matelassé with four shams . . . for $18.00! What?

There were only two shams with the coverlet (I asked at the register, but no one knew about the other two), but no worries! I really only needed two and the price was amazing, so I gladly paid and brought the set home with me. It washed up beautifully and I put it on the pineapple post bed in the guest room. 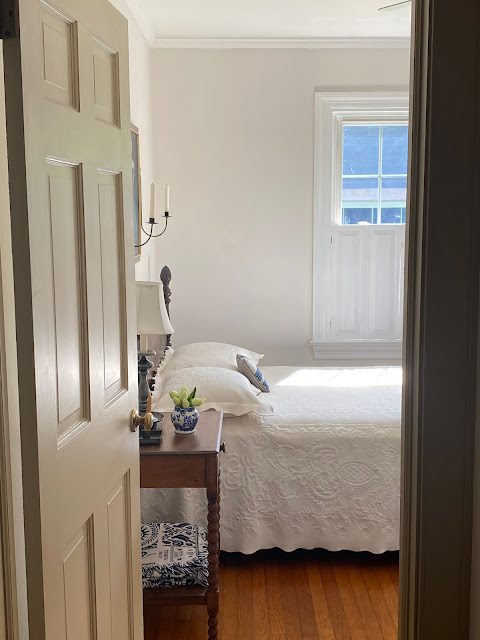 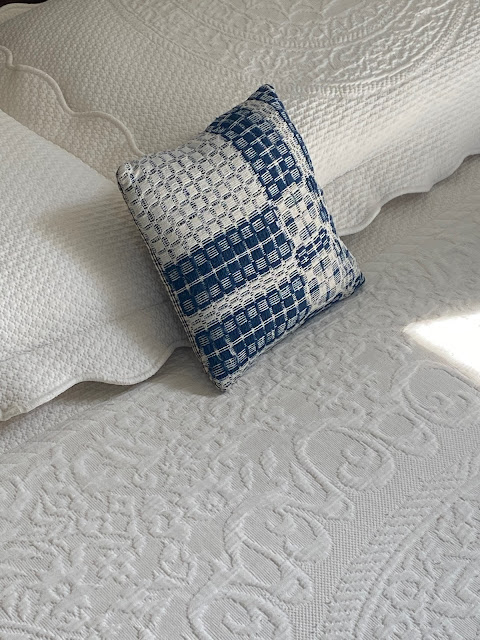 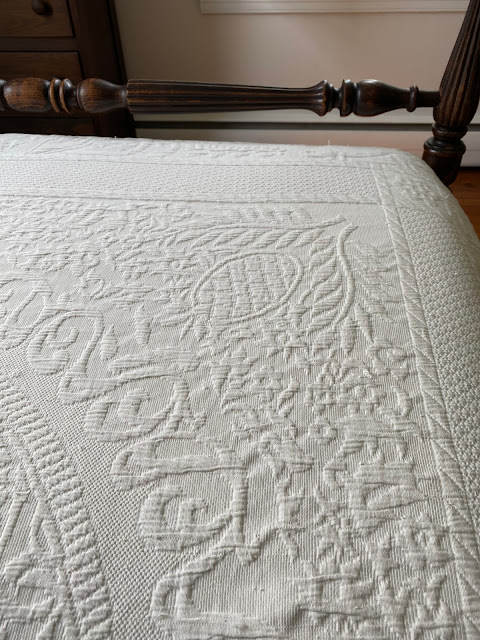 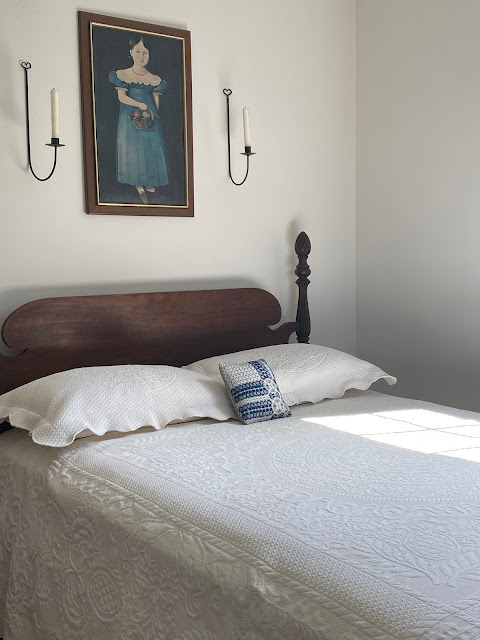 BARGAIN #2
Inspired by the stone fruit collections that I had seen on Instagram, I purchased my first piece a couple of years ago and began my own collection. Although I have seen some that cost far more, I had paid fifteen or twenty dollars for the pieces that I bought.

In fact, I had bought a stone apple for $15 that very morning in July. Barbara and I had visited one store and were waiting for another to open, when she suggested that we go to a thrift store that she had seen but had never been to. We needed to use some time, so we decided to give it a try.
As we browsed, my eye caught sight of a basket of fruit. It looked like stone fruit, but it couldn't be, could it?

I picked up a piece . . . and it was stone! And then I looked at the price and each piece was ONE dollar! And (can you believe this?) . . . it was half-price day at the thrift store that day, so each piece was actually fifty cents! 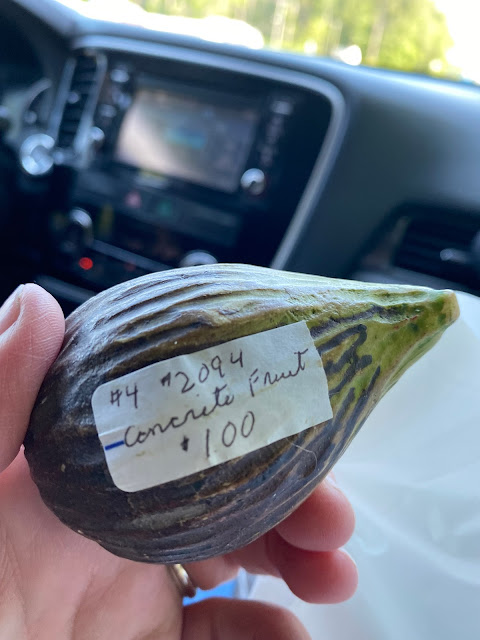 I chose six pieces of fruit, including an apricot and a fig, neither of which I had ever seen for sale, and more than doubled my collection! 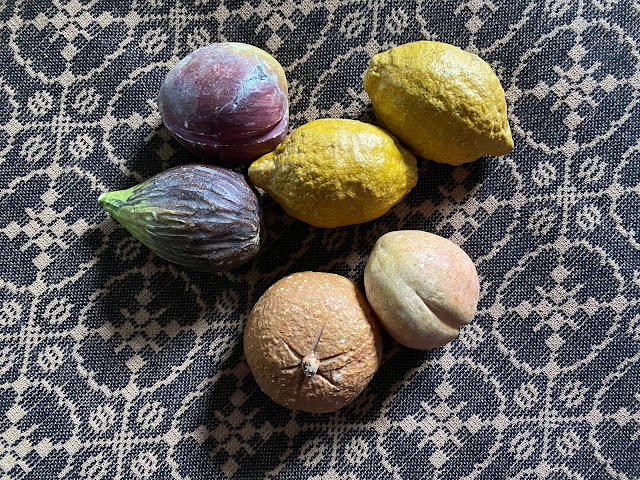 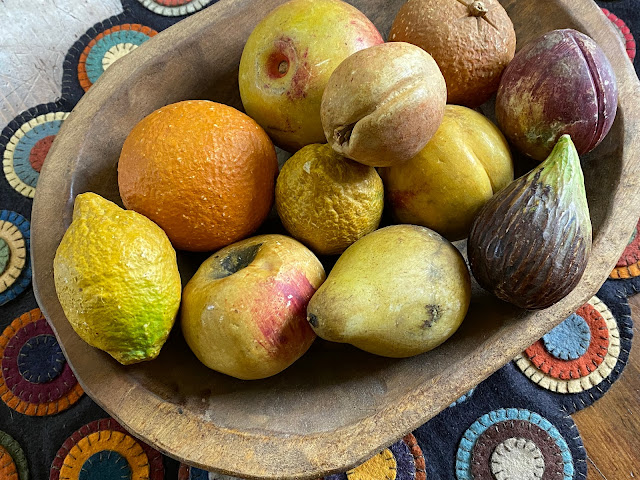 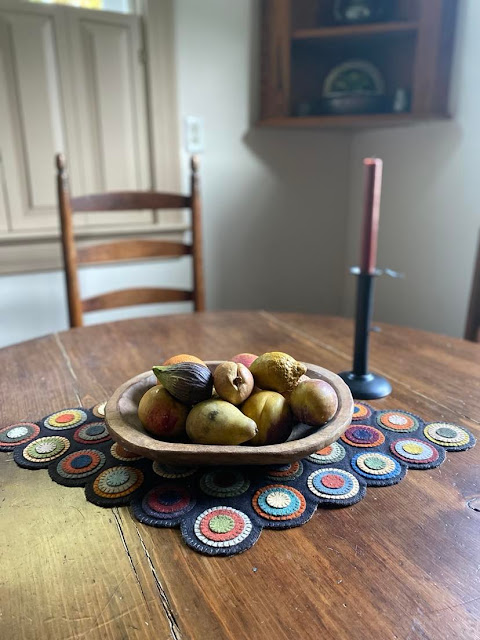 I am so happy with my bargains! Which reminds me of a cRaZy autocorrected text I once sent to Kati . . . 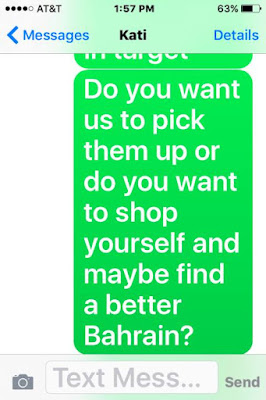 Because doesn't everyone love a good Bahrain? 😂

Labels: antiquing, at home, away from home, house-y things