An Army Man By Any Other Name...

Kati recently went with Ryan and family on a camping adventure. She has told us many details of the amazing scenery, the beauty that they saw on the drive, and the hikes that they took, as well as some smaller details like what they ate and things they did at the campsite.

But last night when we were chatting with Kati on the phone, she revealed a detail that we hadn't heard before...but we're glad it didn't get lost in her memory before she shared it!
Three-year-old Eve found a little plastic army man near their campsite, the kind her daddy used to play with. She picked it up and made it hers and, in Eve fashion, decided to name him.
"Try to guess what she named him," said Kati.
After a few attempts at guessing a good army man name, Kati said, "Well you're not going to guess."
Can you guess? 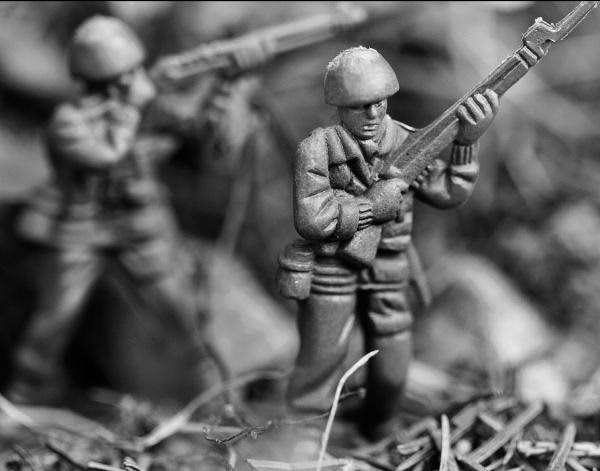 Labels: away from home, grands, stories from home