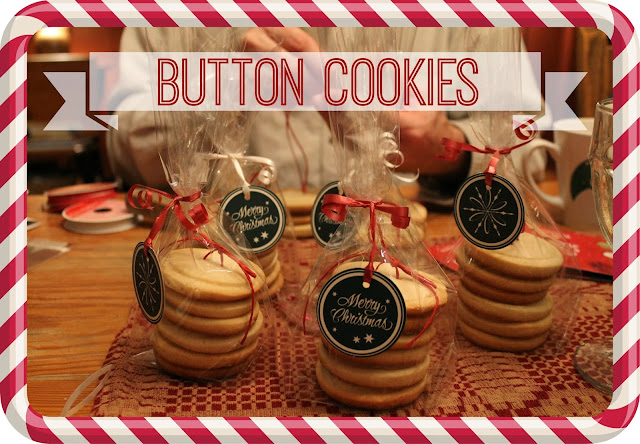 I have told you that this is the time to "uncomplify"...this season of enough. So this is not the year that I will try a new, creative type of food gift.

But...last year we did such a thing. These adorable button cookies were featured in the December issue of Country Living magazine. They caught Ron's eye and he decided that we could make them together as a family project. We had lots of fun making and packaging these sweet treats for our friends.

First, we made the sugar cookie dough, using Country Living's recipe. We cut them out using a round cutter (I think it was a biscuit cutter that we used)... 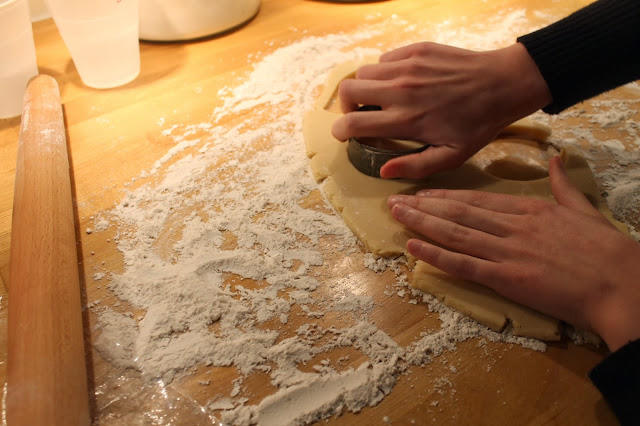 and then used the small end of an old grater to indent another circle. With an ice pick, we made two "button holes" in each cookie, making them a little bigger than the "thread" to allow for spreading while baking. 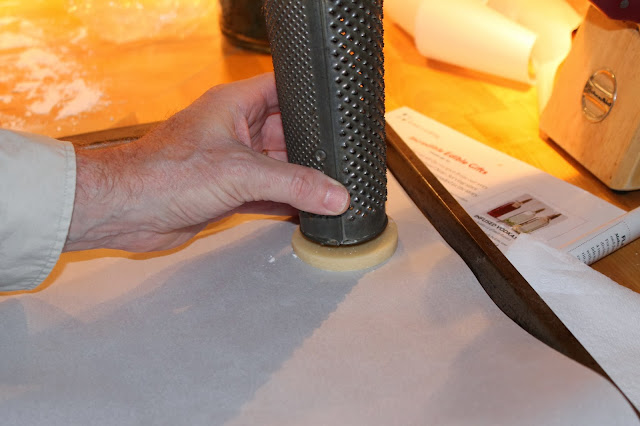 After the cookies were baked and cooled, we set up an assembly line at the kitchen table. Bekah counted and stacked the cookies. 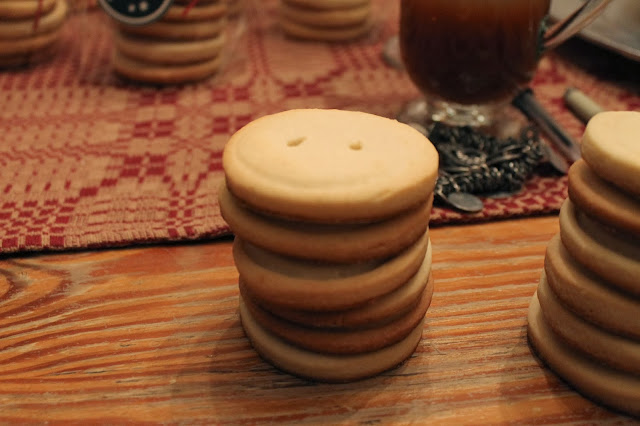 Ron strung the "buttons" together with thin paper twine we had found on sale at Michaels. 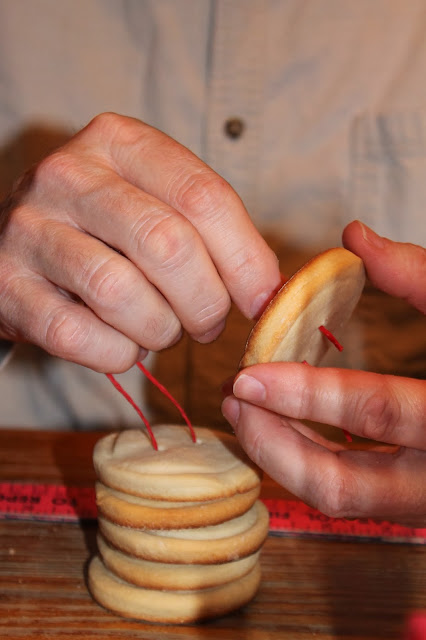 I tied the twine into bows, and placed each stack in a cellophane bag. Kati tied the bags with ribbon, and added a label. 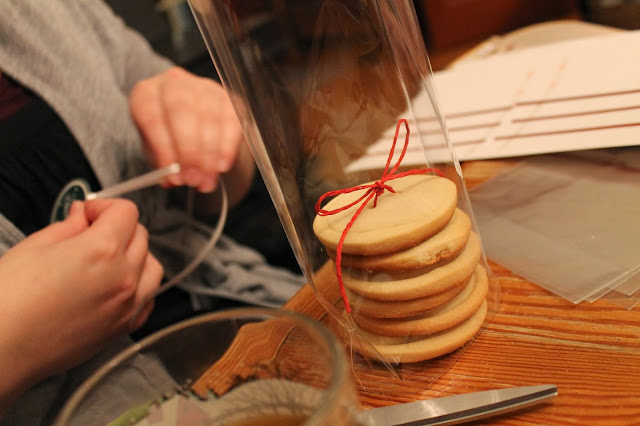 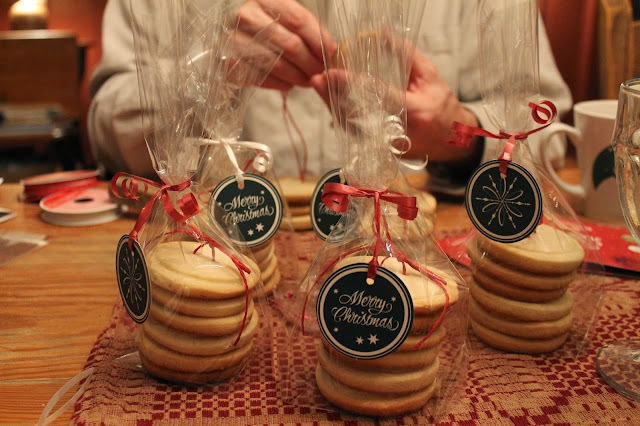 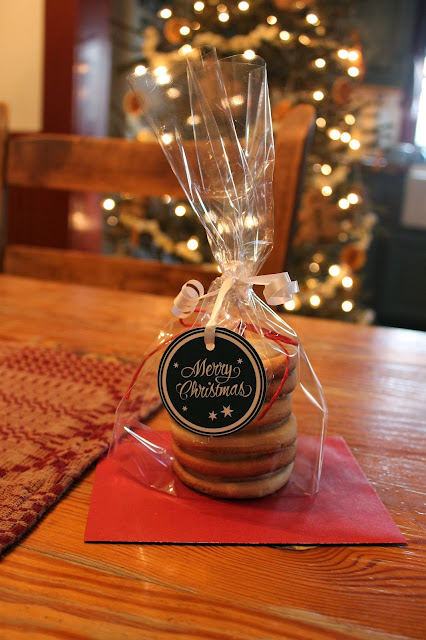 Cute as a button?