My daughter and I were chatting this morning about some plans and the need to change them ...again. "Isn't that the theme of the summer?" was Kristin's rhetorical question.

And my other theme is "running late" or "failing to keep up with everything" or something like that. Blogging and reading/commenting have fallen way down on the list. (Although, to be totally honest, I am sometimes reading but not having the time to make a thoughtful comment. Forgive me.)


This weekend was all about birthdays.

I had been gone all day Wednesday, part of Thursday, and all day Friday, so there was lots to do to get ready for a small birthday dinner on Saturday evening. Ron and his brother spent the day at a tractor show and Kati was needed at work, so Bekah and I made our list and did the necessaries. I reminded myself of the myth of convenience and the whole idea of hospitality and we actually enjoyed working together to prepare. (Well, except for the layer cake challenges. Layer cakes are my nemesis. Let's just say that a three-layer cake became a two-layer cake.)

When Kati got home, she jumped into the preparations along with us, and we were nearly ready when our guests (Ron's mom and one of his sisters) arrived. Just then, the birthday boy called to say that he was on his way home (eek!) and would be there as soon as he could. So I told Bekah to prepare a quick appetizer (spread peach chutney over a block of cream cheese and arrange some crackers) and that bought us a bit of extra time.

We had an enjoyable evening with a simple dinner and family chatter, ending with German chocolate cake per Ron's request. Ron's mom usually reminisces about her children's births on their special days and we love hearing the stories. This year, she talked about the day she brought Ron home from the hospital and how she sat him in his carrier on the kitchen table and how his three older sisters all oohed and aahed over him like he was a little doll. 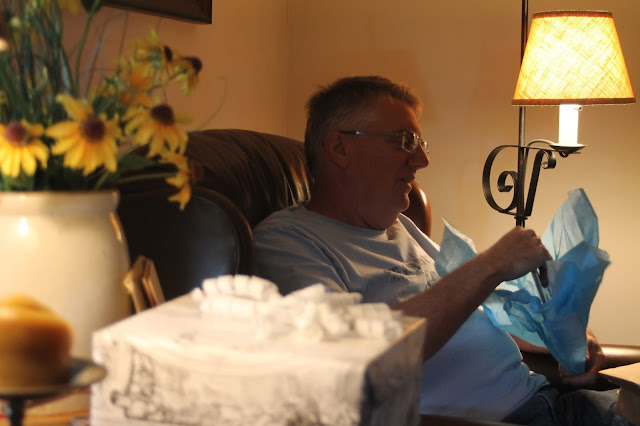 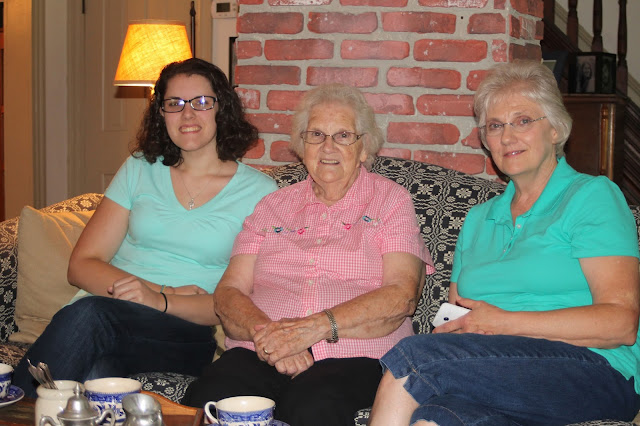 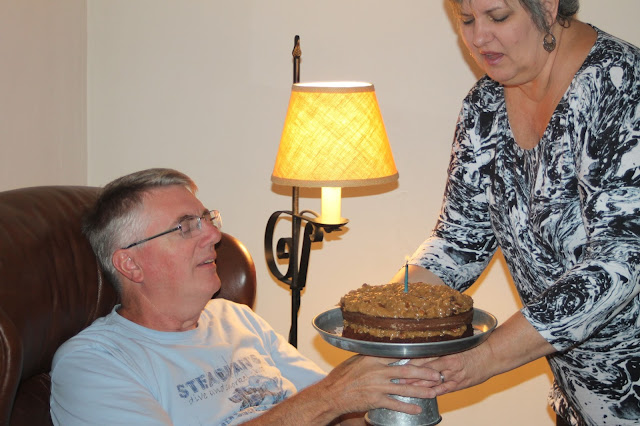 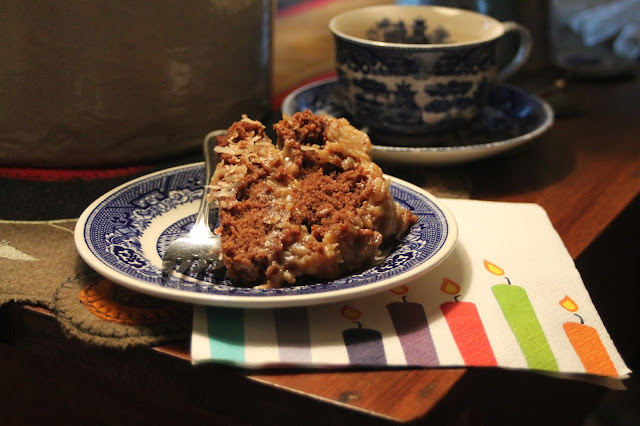 Maddie turned 11 a couple of weeks ago and Owen will be 9 later this week. There were multiple plans (all changed for one reason or another) for celebrations, but, for our part, we ended up inviting them to choose the day's menu (Maddie, the meal; Owen, the dessert) and giving them their gifts here at our house. They also brought cards and gifts for Papa, so I suppose it was a triple celebration.

Gammy stopped by with birthday presents and paused for a birthday photo. We ate Maddie's requested lunch of Parmesan-crusted chicken, mashed potatoes, and peas (I threw in the rosemary rolls)...and we had a lot of fun! 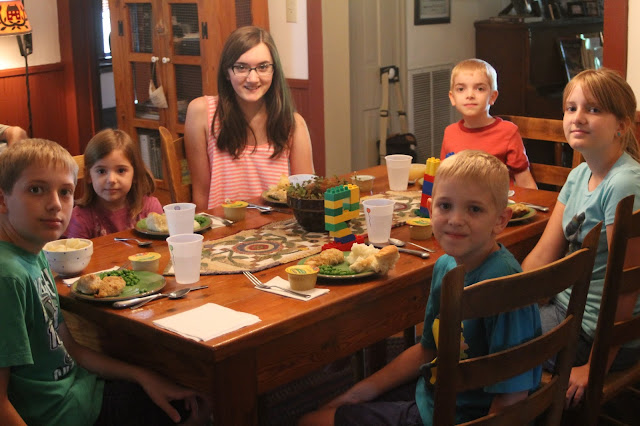 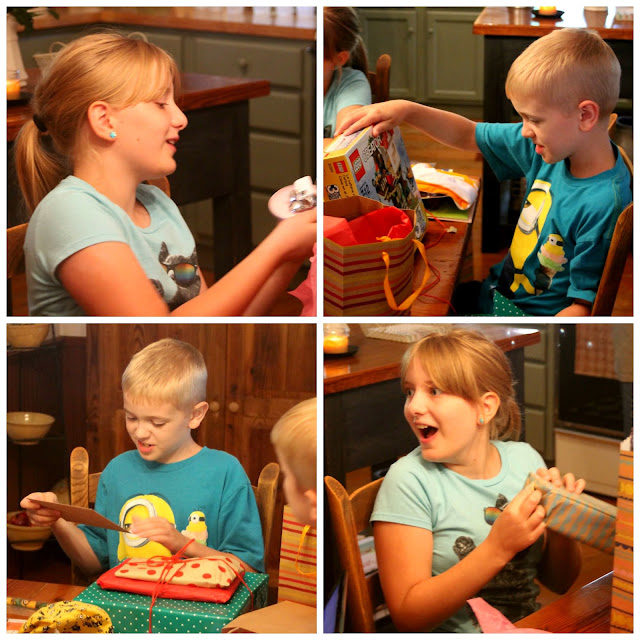 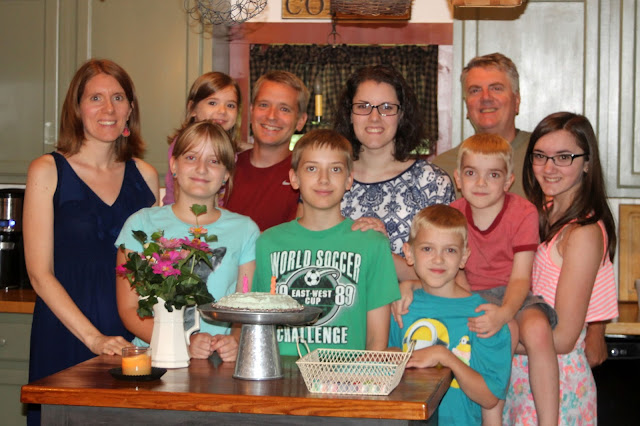 It was a weekend of simple celebrations, taking time to rejoice with the ones we love!