Gathering the Moments of February 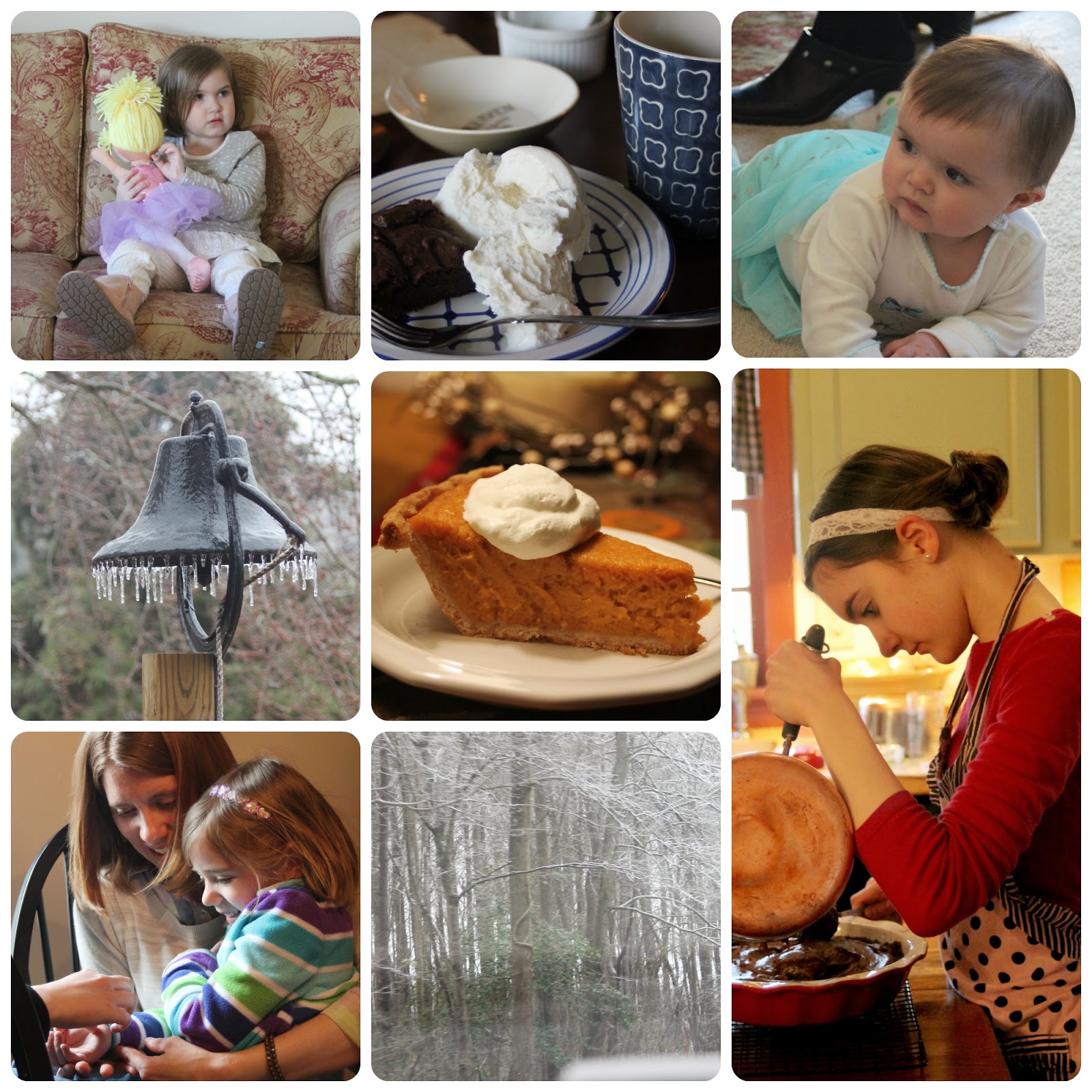 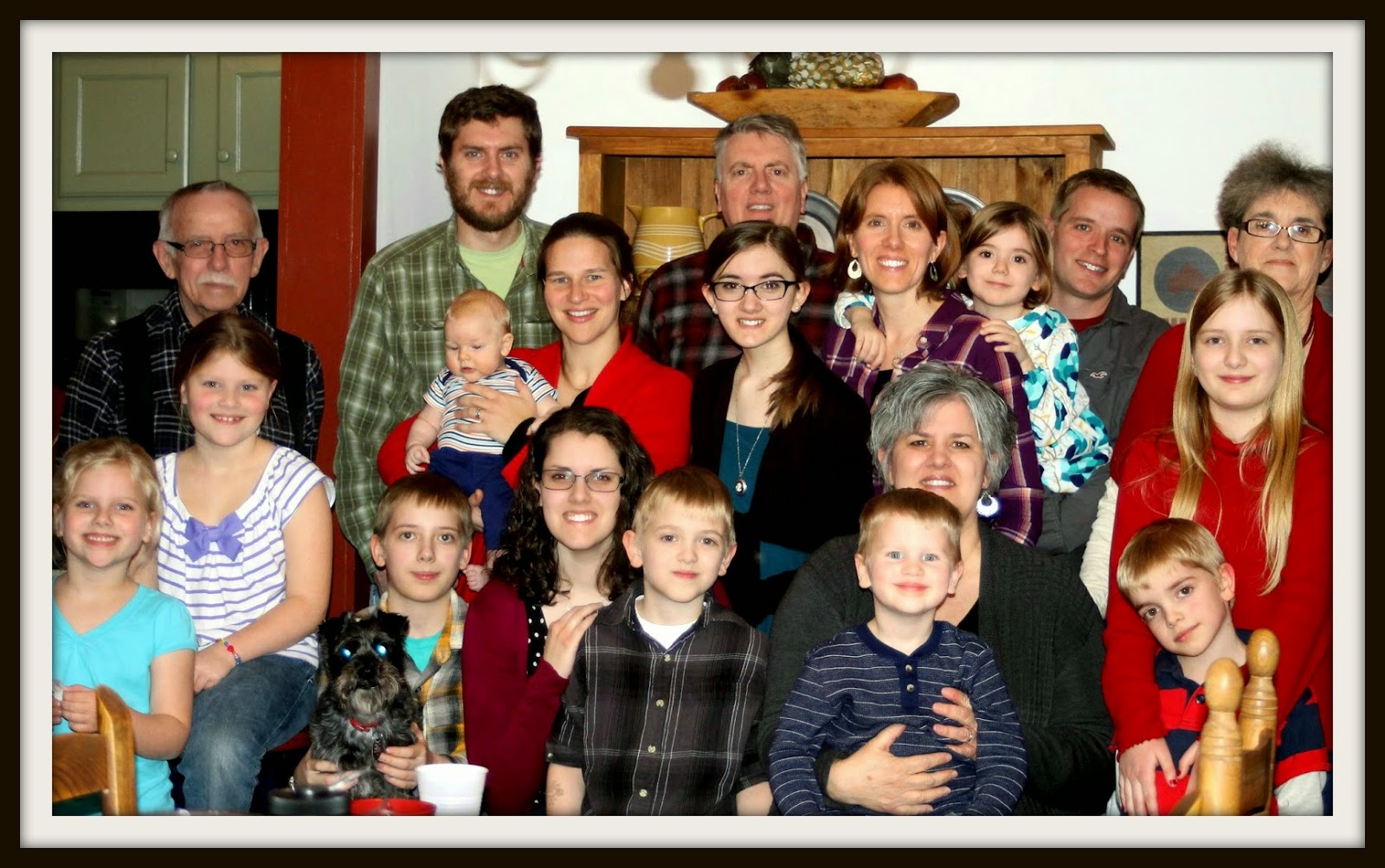 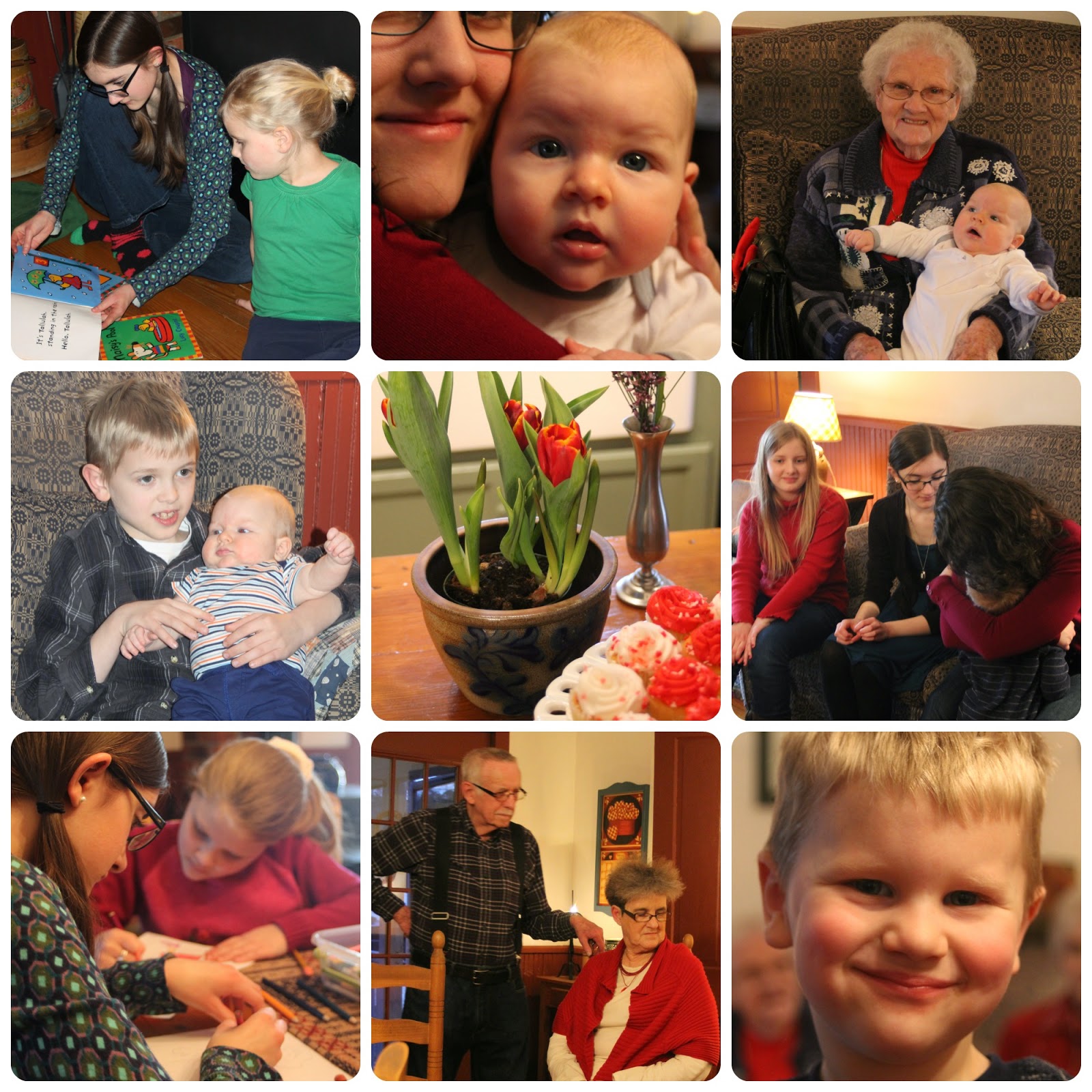 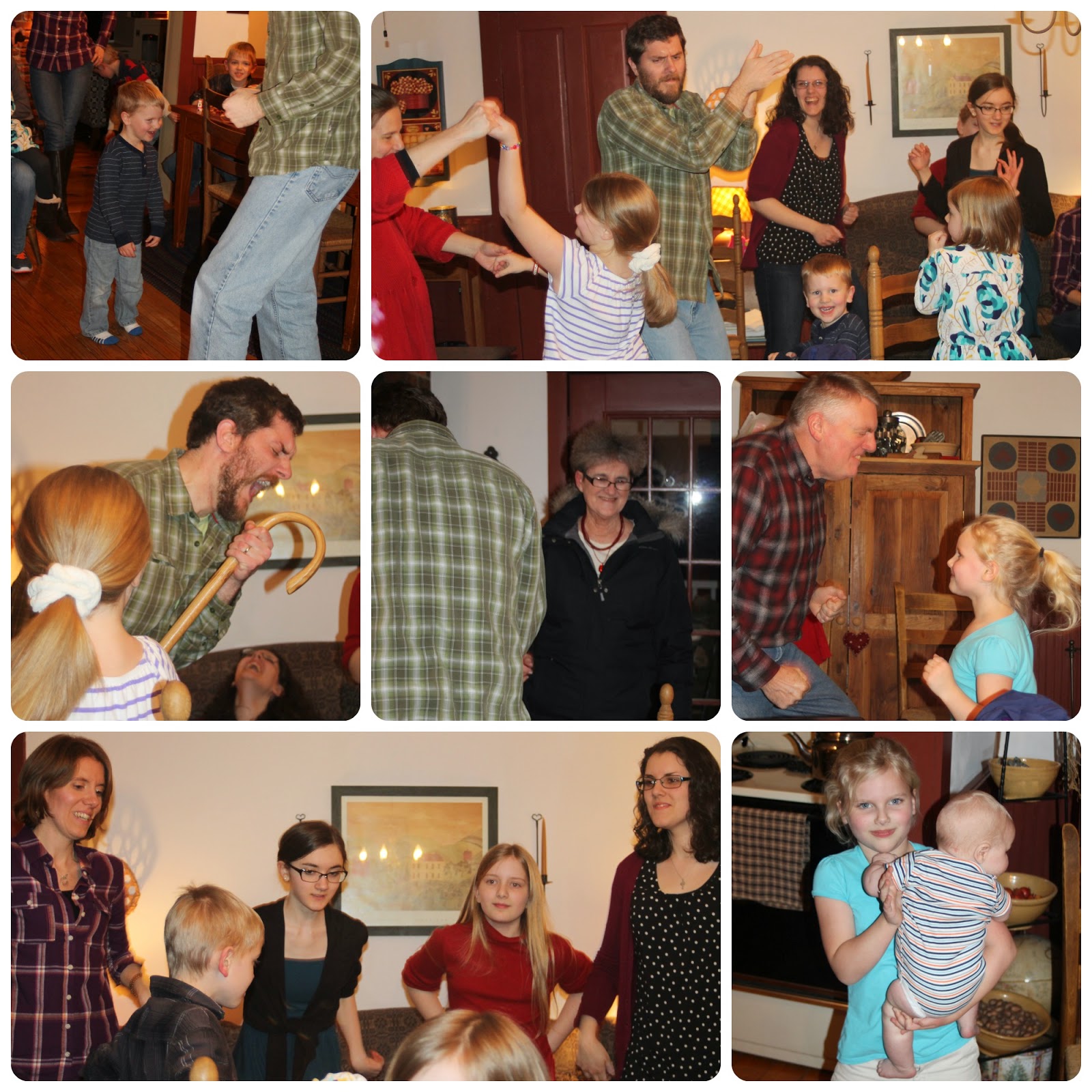 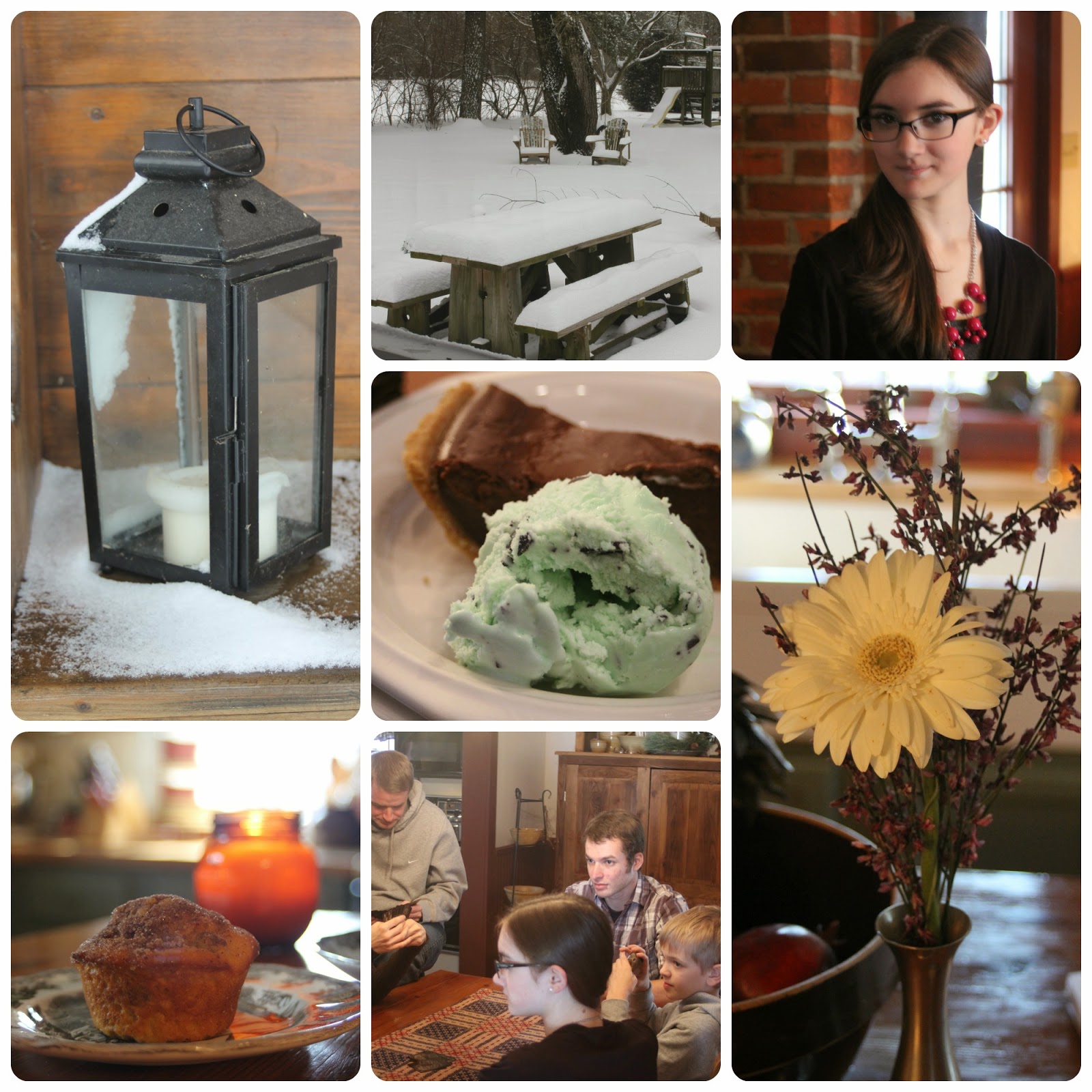 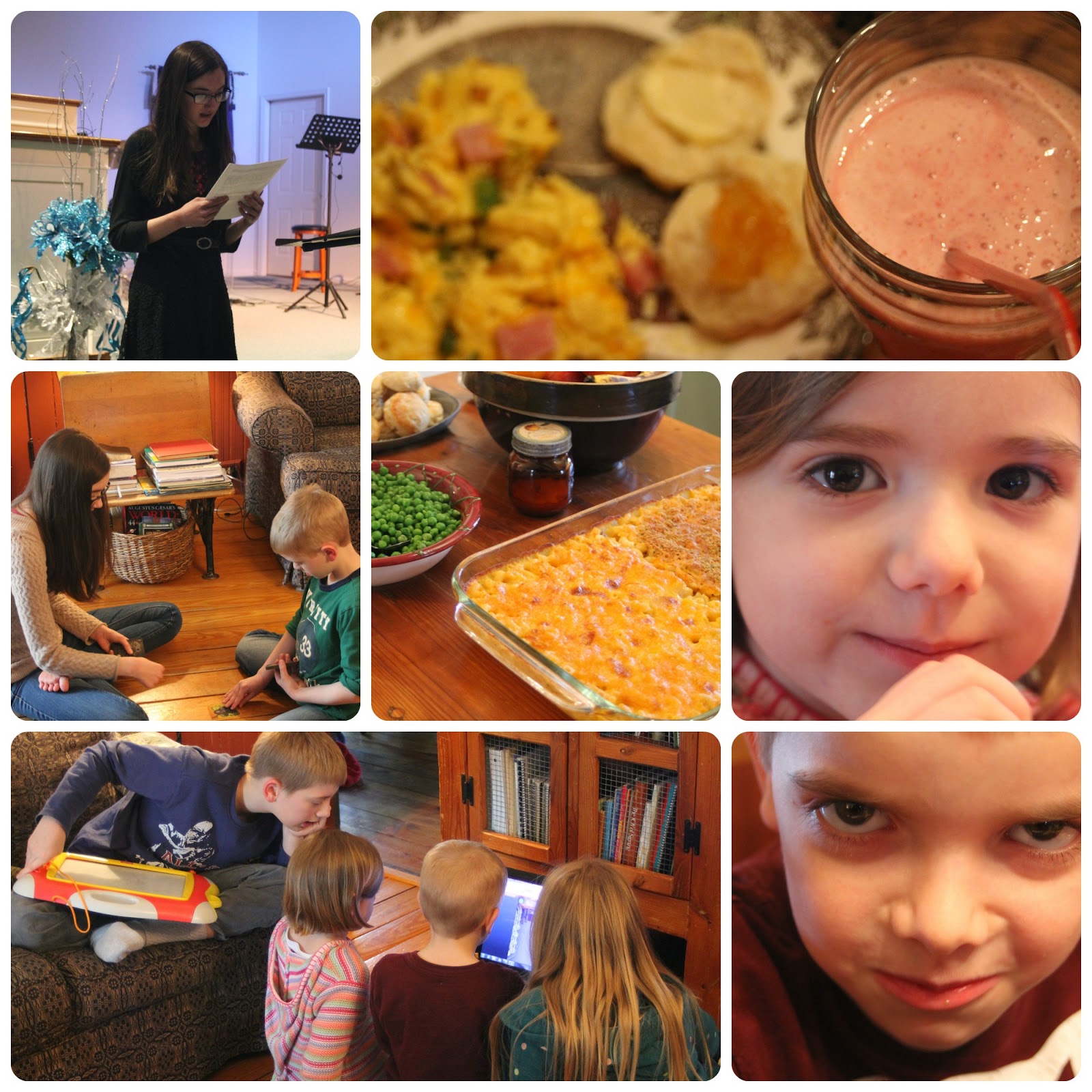 Seven days into March, I am reflecting on February.

Oh, there were simply too many memory-making moments to just pass over this month, even if Henrietta's obstinance did pose a problem and even if the incidentals of my schedule did leave little time for blogging. So in the spirit of "better late than never" and for the sake of my own marking of moments, I have looked back at the longest-shortest month and gathered some of the joyful, the cold, the beautiful, the new, the sweet, the special, and the everyday moments.

And the snow. Did I mention snow?

Family would have to be February's theme.

We started off with a visit with my sister, niece, and great-nieces. Linda moved into her new apartment in November and in three short months has made it into a gorgeous, welcoming home. (Maybe someday she'll give me permission to do a home tour to share with you. Linda?) She served us a yummy lunch, we enjoyed the little girls, and then we perused the vintage cookbooks.

We had our usual Sunday afternoon gatherings (no birthdays this month...can you believe it?!) and the younger bakers made desserts. They've made desserts before, but this month they began also to serve their own creations. They took this very seriously and I think it's great practice for them.

In mid-February, we had a big celebration when Ryan, Sarah, Eve, Nora, Peter, and Baby Paul came for the weekend! Paul was introduced to his great-grandparents, his aunt and uncle, and his cousins. On that Saturday evening, we gathered for a family meal. We began with hugs and catching up and conversation and children playing. In the middle was some story-reading and an impromptu talent show with everything from the fastest recitation of "Peter Piper Picked a Peck of Pickled Peppers" that you ever did hear (by my mom), to some piano solos, to card tricks, to making a Lego airplane using the pieces from a Lego ice cream truck! Then, just as we thought the evening was winding down, Ryan turned up the iPod a few decibels and the party revved up! And when I say "a good time was had by all," that is exactly what I mean.

We wrapped up February with a grand mid-winter sleepover. Oh my goodness, it is fun being a grandparent! It is a delight to watch the children grow and to see their personalities blossom. We marvel at their uniqueness, their humor, and the fact that they are as old as they are. (And that we are as old as we are.)

February was also freezing! And did I mention snow? Brrrrr...

"One generation shall praise thy works to another,
and shall declare thy mighty acts."
(Psalm 145:4)