Tuesday Potpourri (And a Long Story)

Gathering some bits and pieces here today for a little chat. (Do you like a chatty post? Sometimes they are my favorite ones to read as I visit my blog friends.) 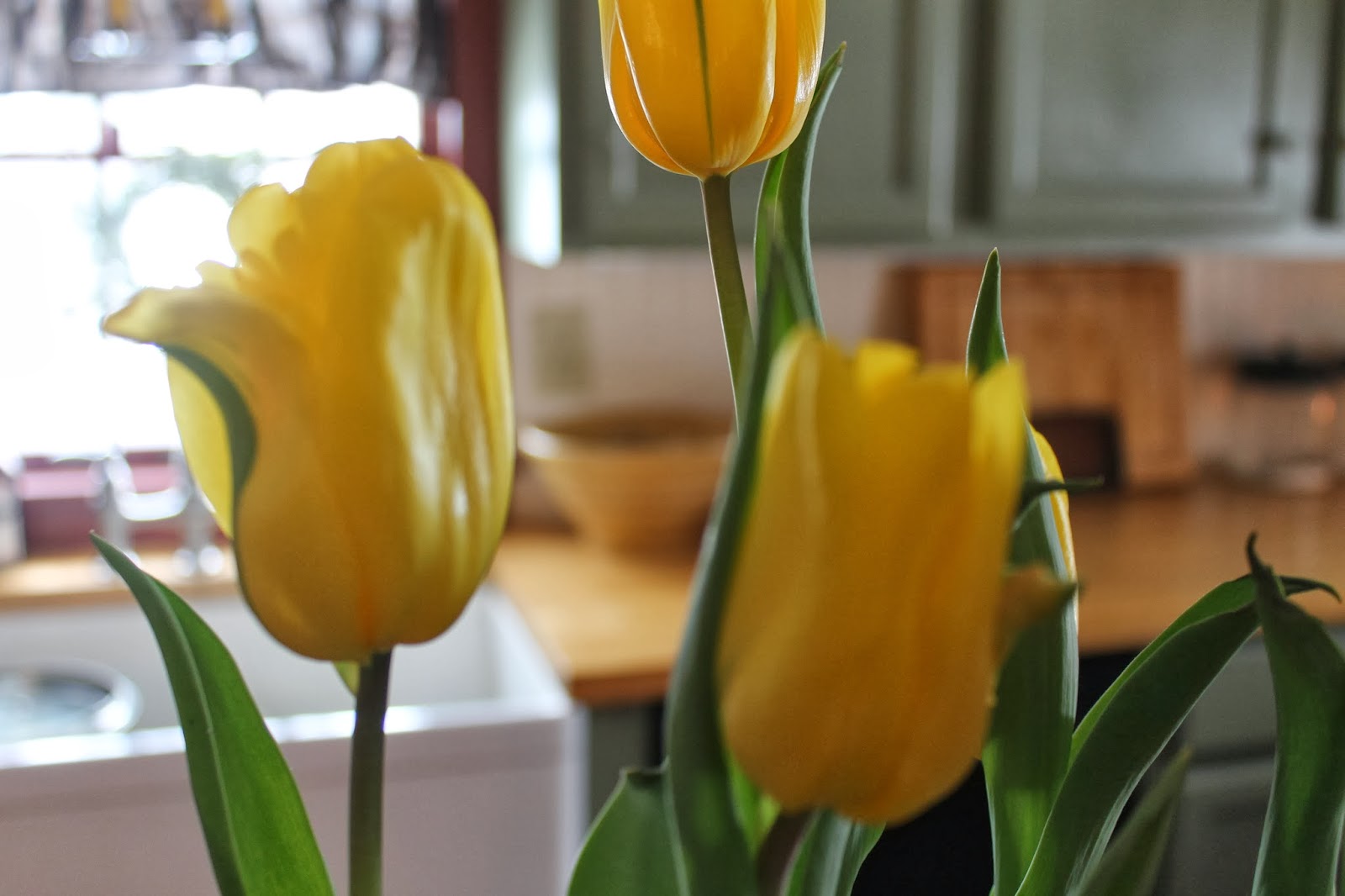 I will start with a medical update, first of all, because it is the most important, but also because it directly or indirectly affects everything else in my chat!

We finally have some answers about Kati's health. After two weeks of pain, visits to doctors (including two overnights in the ER), multiple tests, and w-a-i-t-i--n-g for results,  Kati has been diagnosed with a diseased gallbladder (but with no stones) and has an appointment with a surgeon next week. In Kati's words, "I am ready to get that bad boy out!" There is a sense of relief in knowing the root of the problem. In the meantime, she is following a totally fat free diet and the pain is always there, but manageable.

Because of Kati's health issues, we were not able to make the trip to Lancaster last weekend to join the Rabes for Lindsay's wedding. Boo hoo! We had been planning this for months. Ron had taken a vacation day for Friday and we were going to make a whole weekend of it. We prayed for direction, but the closer we got to the wedding date, we realized that it would not be wise to travel. Sigh.

(Want to take a peek at some wedding photos?)

Since we were home, we were able to go out for breakfast with Ron's siblings and their spouses to celebrate his mom's 86th birthday. Seven of the eight siblings were able to attend, and we took up a whole corner of the restaurant!

Here is Ron's mom surrounded by her children... 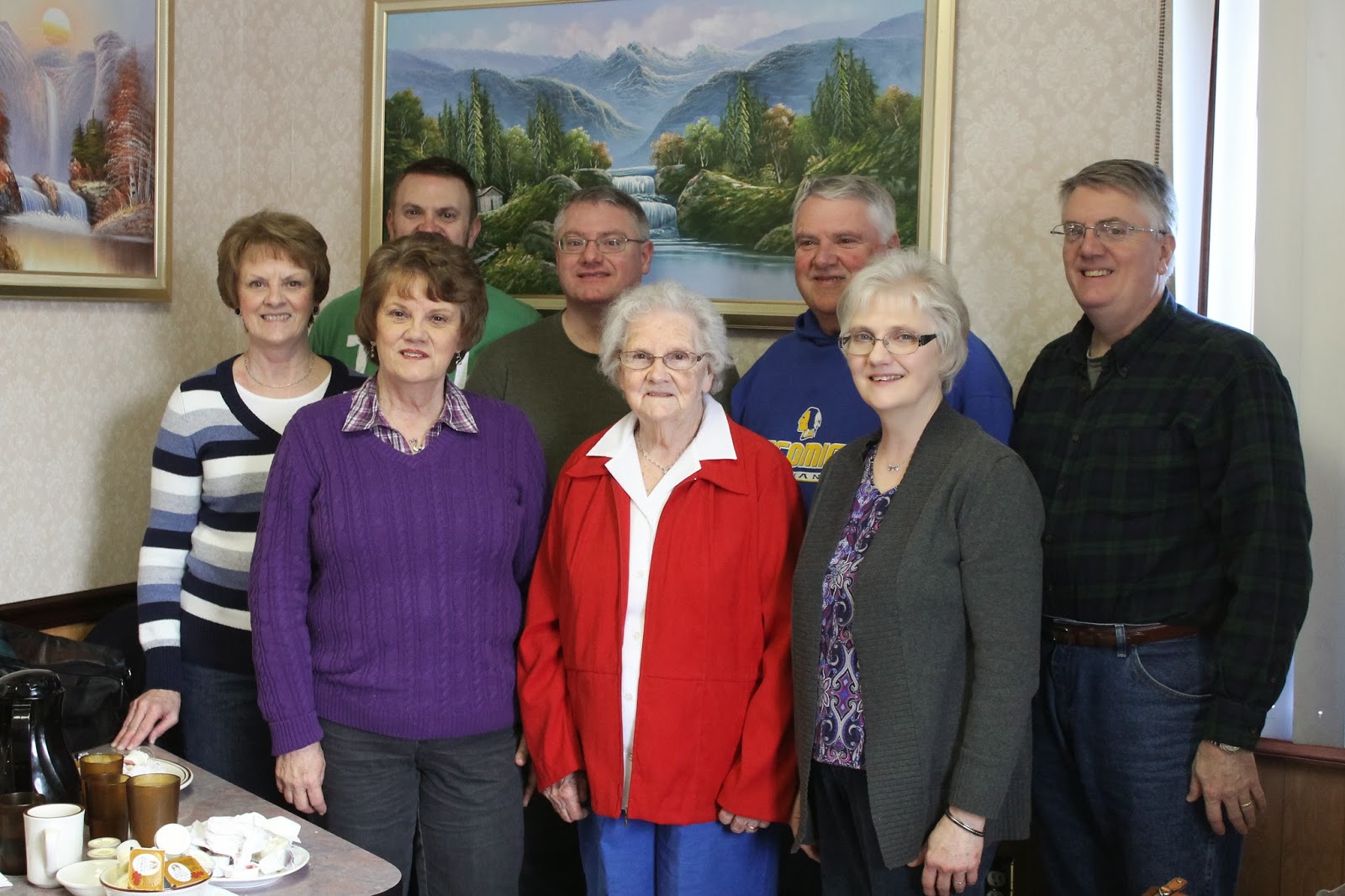 ...and here she is with the "out-laws" as my late brother-in-law used to call us. 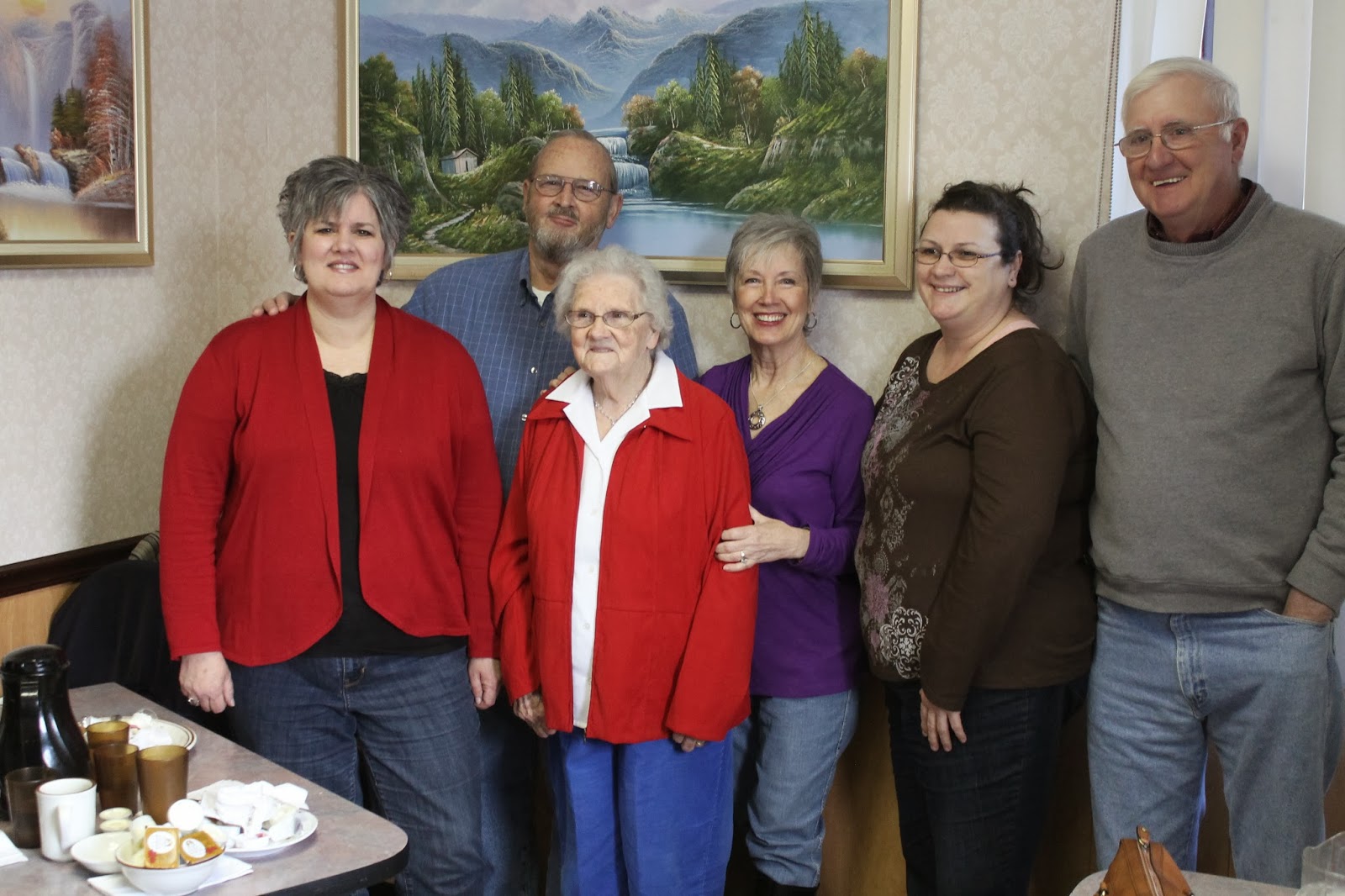 Slow Cooker Tuesday? Also affected by medical stuff. Because I have been discombobulated, I forgot to purchase the ingredients for my recipe last week. Plan B was to stop by the grocery store after Kati's appointment yesterday, but then there was a snow storm and I made a beeline to get home afterward. So this week's Slow Cooker Tuesday will be on --ummm-- Wednesday?

Do you want the behind-the-scenes story of our harrowing journey to the doctor yesterday?

I don't really like to drive on a good day, but yesterday morning was terrible. A predicted snowstorm descended on our area shortly before we left for Kati's appointment.

I have no ice scraper in my van. (I have never needed one. Unless Ron is driving, I don't go out in bad weather.) Kati went to get her wimpy little scraper out of her car. But her doors were frozen shut, so to break into her car, she kind of slammed her hip into the door...which opened it, but which also caused her pain which caused her nausea which caused her to -- okay, I'll stop. You know where this is heading. We were off to a rocky start.

After I got the windshield cleared and the wiper blades broken loose, we began the twenty minute drive. As we drove, the windshield continued to frost over and I could hardly see, although Kati saw a car in the ditch not far from home and that took my confidence down the tubes.

We stopped off at Ron's office so that he could scrape the van windows with his Big Boy scraper (and we absconded with it), and his de-icing lasted almost until we arrived at the doctor's office.

On the drive home, we had to stop every three or four miles to de-ice the windshield.

When we finally reached the road towards home, there was a police car parked fully across it. (Presumably, the SUV we had seen earlier was being retrieved from the ditch.) So we had to backtrack and go the long way around, adding miles to our journey and more stops to scrape the windshield. It took us 65 minutes to make the 20 minute trip!

Did you need all those details? Probably not, but Ron says I am not one to make a short story short, so there you have it.

All in all, we are grateful to have a diagnosis and an appointment with the surgeon, and to have made it safely home!

And since I have already said so much, I'll leave you with one more inglorious detail.

We had the defrost turned up so high, trying to keep the windshield as warm as possible, that, although the ice continued to form on the outside of the car, inside we were sweating in our drawers. (I can't believe I just used the word "drawers" on the Internets. All pride is gone in one fell swoop.)

Posted by Cheryl
Labels: at home, away from home, stories from home