French bread was the first bread that I ever made!

When I was a newlywed (34 years ago), my aunt gave me a cookbook that her local women's club had published.  I was not a proficient cook in those days (to say the least!), but I perused the recipes in this book, knowing that "real" women had made them.  For some reason, one day I decided to make French bread. 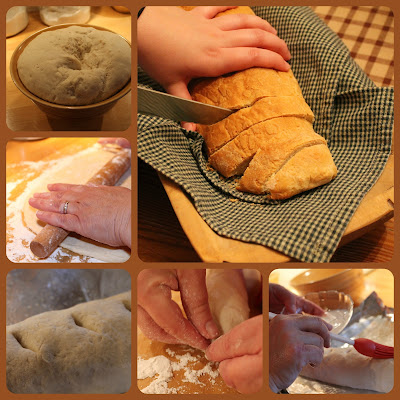 Amazingly enough, the bread turned out beautiful and delicious!  Beginner's luck maybe, but I even impressed a few people by giving loaves of French bread as Christmas gifts.

Although it takes a little time, the process is relatively simple...and maybe you'll impress your friends and family with your baking prowess.

One more week in our Bread On Tuesday series.
Check back next week for a bread with a fun surprise!