I decided to wrap up my Bread On Tuesday series with a fun-and-fancy bread recipe! 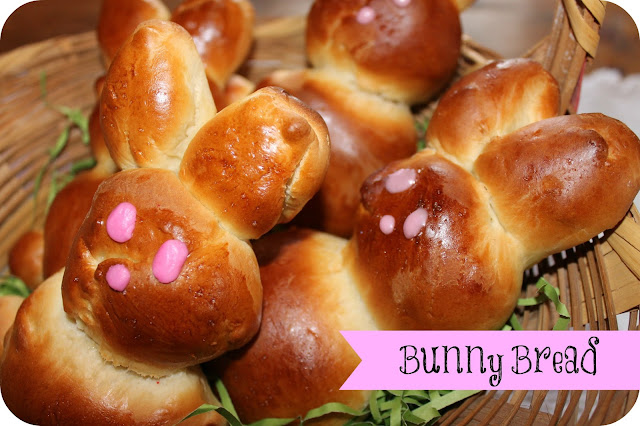 I first saw these sweet little bunnies in a Good Housekeeping magazine...the April 1992 issue, to be exact!  But for years I used the recipe to make dinner rolls and never made the bunnies.

Today, we made bunnies! 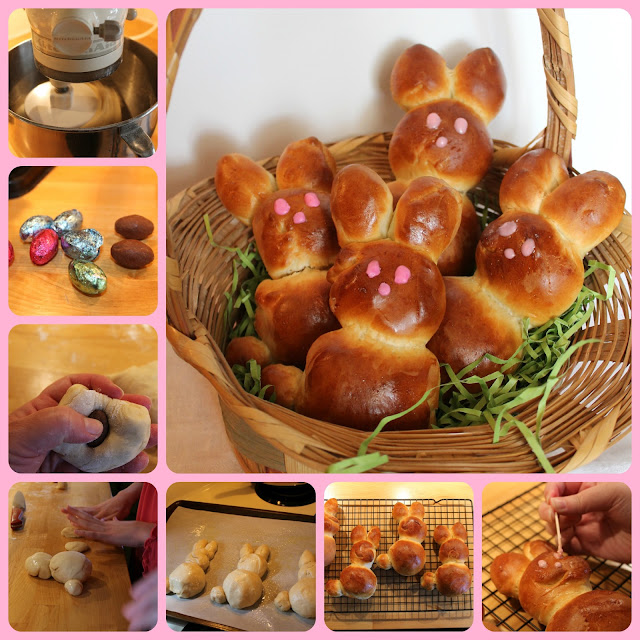 And don't you think they're the cutest things?

So they're cute, they have a sweet surprise, and guess what else?  They don't take long to make!  No rise time, only 15 minutes to rest the dough.

Of course, we had to sample one before we could recommend them to you (of course!), but after deciding that they were delicious as well as adorable, I wrapped them and popped them into the freezer to wait for the grands on Sunday.  (At our house, we don't make a big deal out of bunnies and chicks on Resurrection Day, choosing rather to focus on the spiritual aspect of the holiday.  But I am making an exception this year, because these are too cute not to share.  We'll just call them "spring bunnies.")

Wouldn't these bunnies be a darling addition to your table any springtime day?  I think so!

This concludes our Bread On Tuesday series!  Next week, I'll have a tidy little post with all the links, a Pin-able button, and a few notes about bread making.


I hope you have enjoyed this third series of "On Tuesday" recipes.  (Others were Soup on Tuesday last winter, and Salad On Tuesday last summer.)  I'm already thinking about another series for this coming summer!

And they told what things were done in the way,
and how he was known of them in breaking of bread.