I really didn't plan a lot of organized activity for the Grand Weekend this year. The children play so well together, and with their aunt Bekah (who is older than the oldest grand by a mere 20 months), that they fill their time with all sorts of imaginative play, inside and outside. I allowed each child to have an hour of computer time sometime over the weekend, and we watched a movie before bedtime. But other than that, their time was unstructured.

There was one activity, however, that Bekah had requested. She wanted to do a project that was in her science book and she wanted to do it with her nieces and nephews. The purpose was to demonstrate that different chemicals in water change its freezing point, but the result was ice cream! Great science, don't you think? 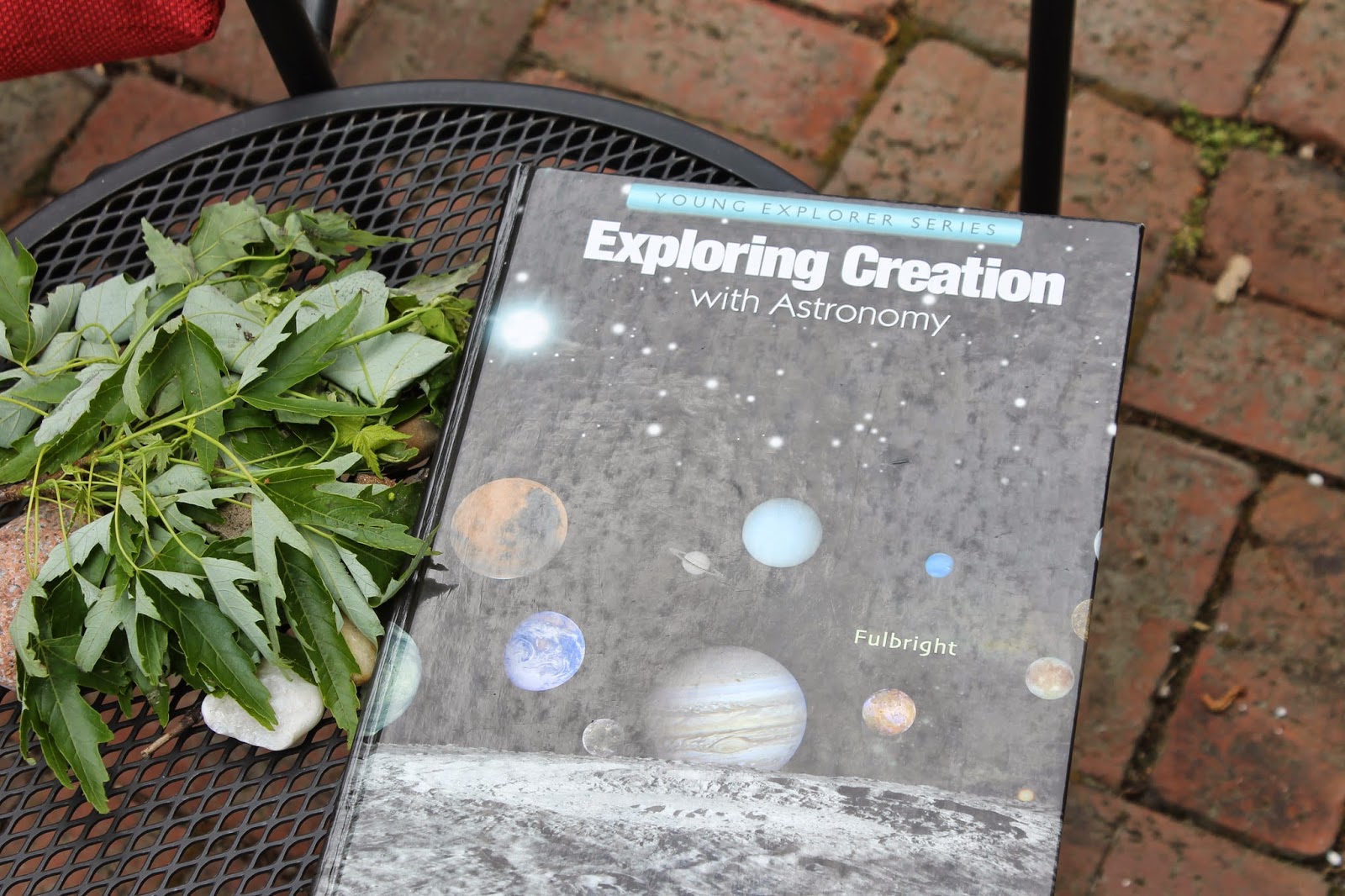 If you have children or grandchildren to entertain, you may want to consider this simple and delicious project. 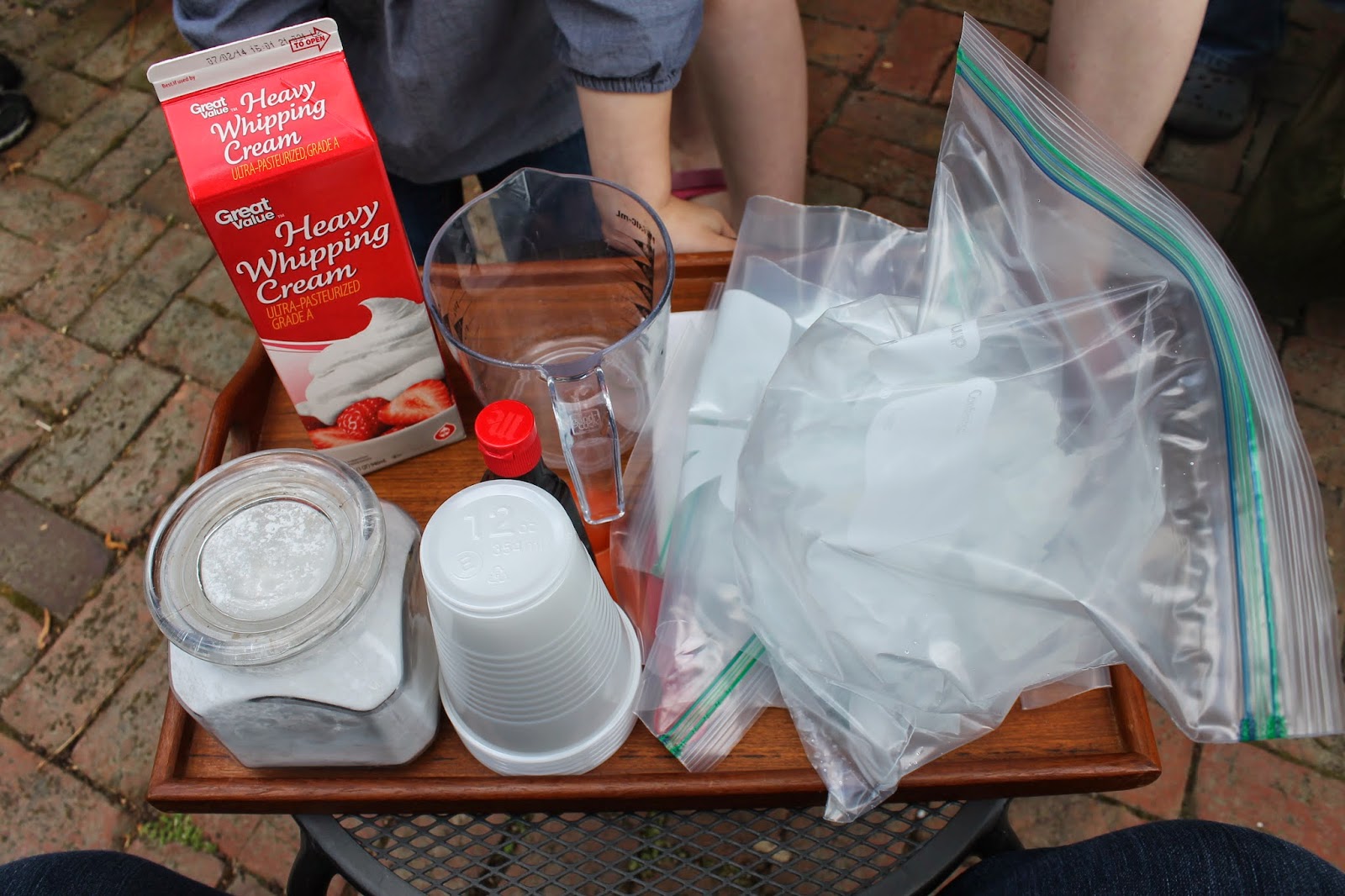 I had the children choose a partner, so we had three groups of two. Each pair assembled their ingredients in their quart-sized bag. (We doubled the amounts so that we had enough ice cream for two kids in each bag.) 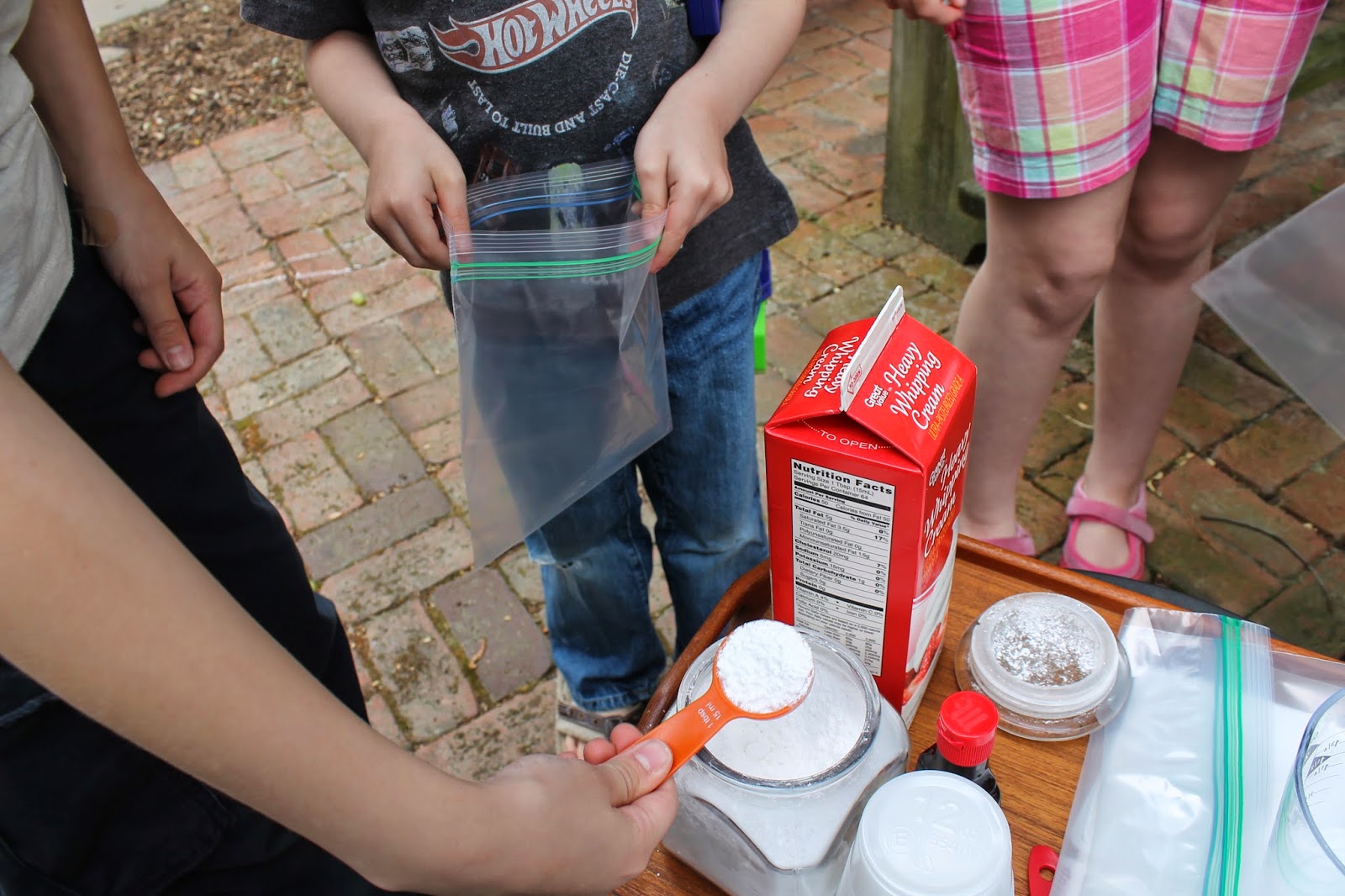 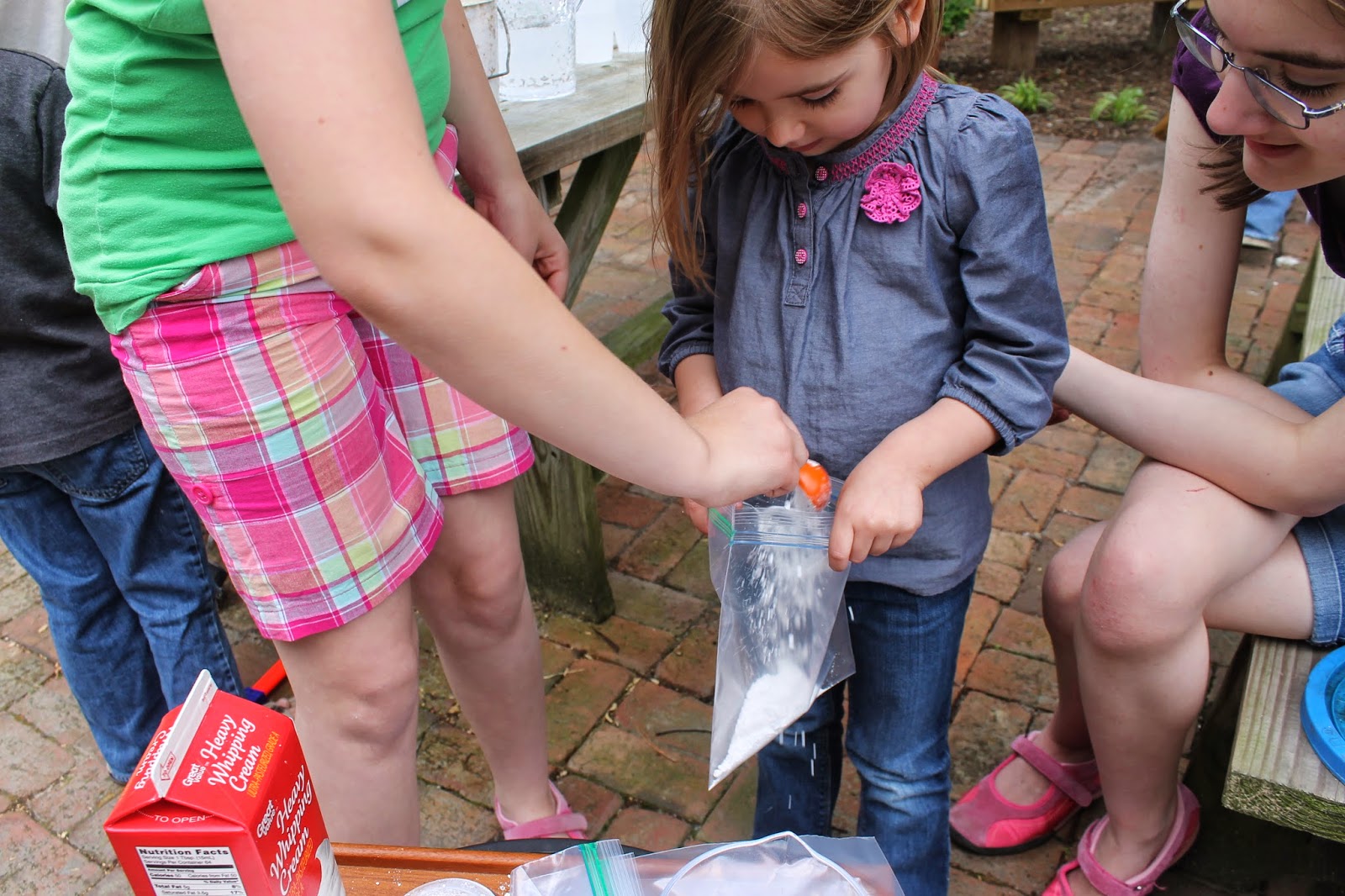 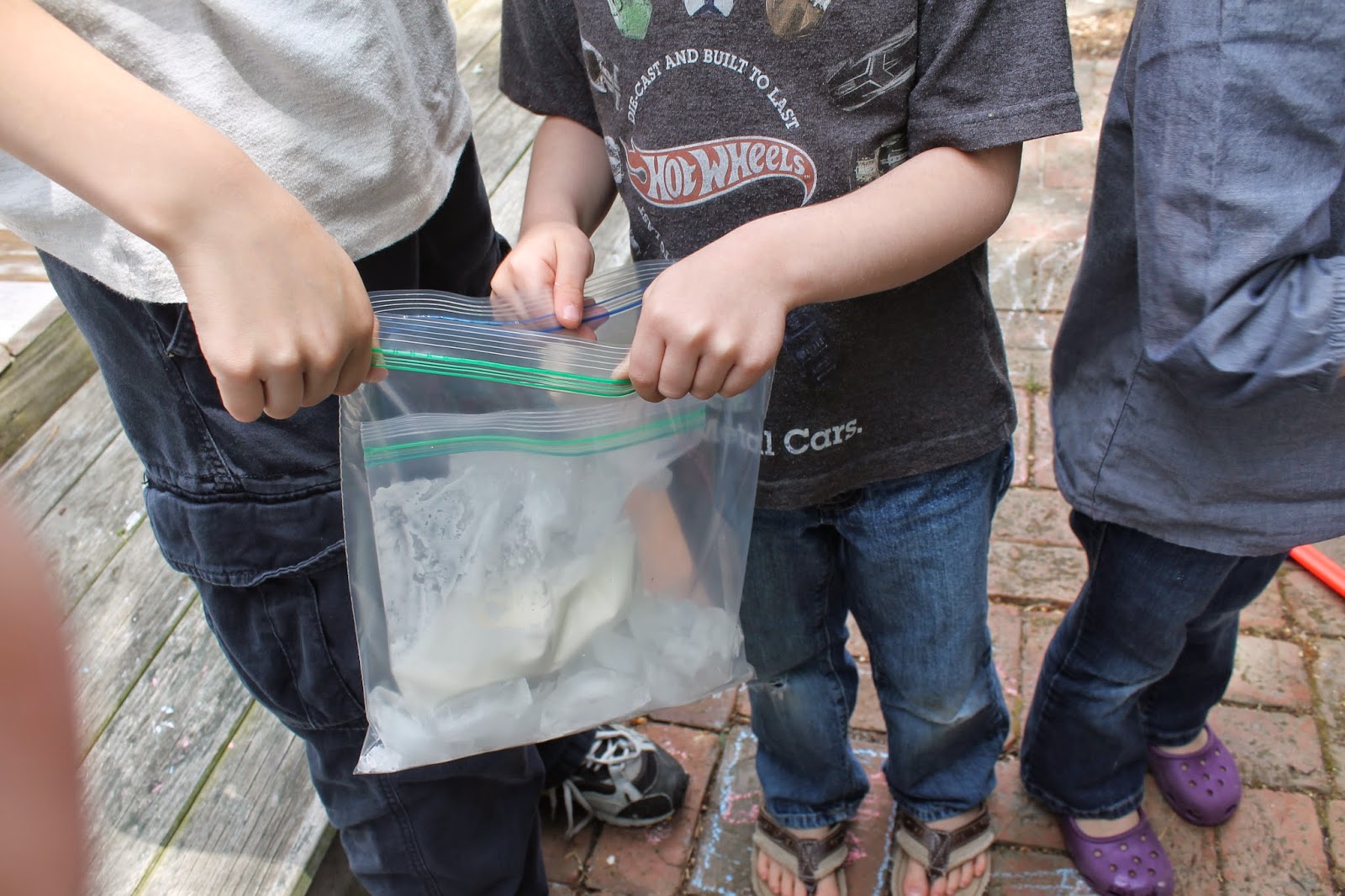 Then they were to vigorously shake their bags for 6 to 8 minutes until the ice cream became firm. I imagined that they would just take turns with their partners shaking the bag.

How unimaginative is that, Gran?!

It was far more fun to try different ways to get the job done!

One team "shook" their ice cream by jumping on the trampoline. 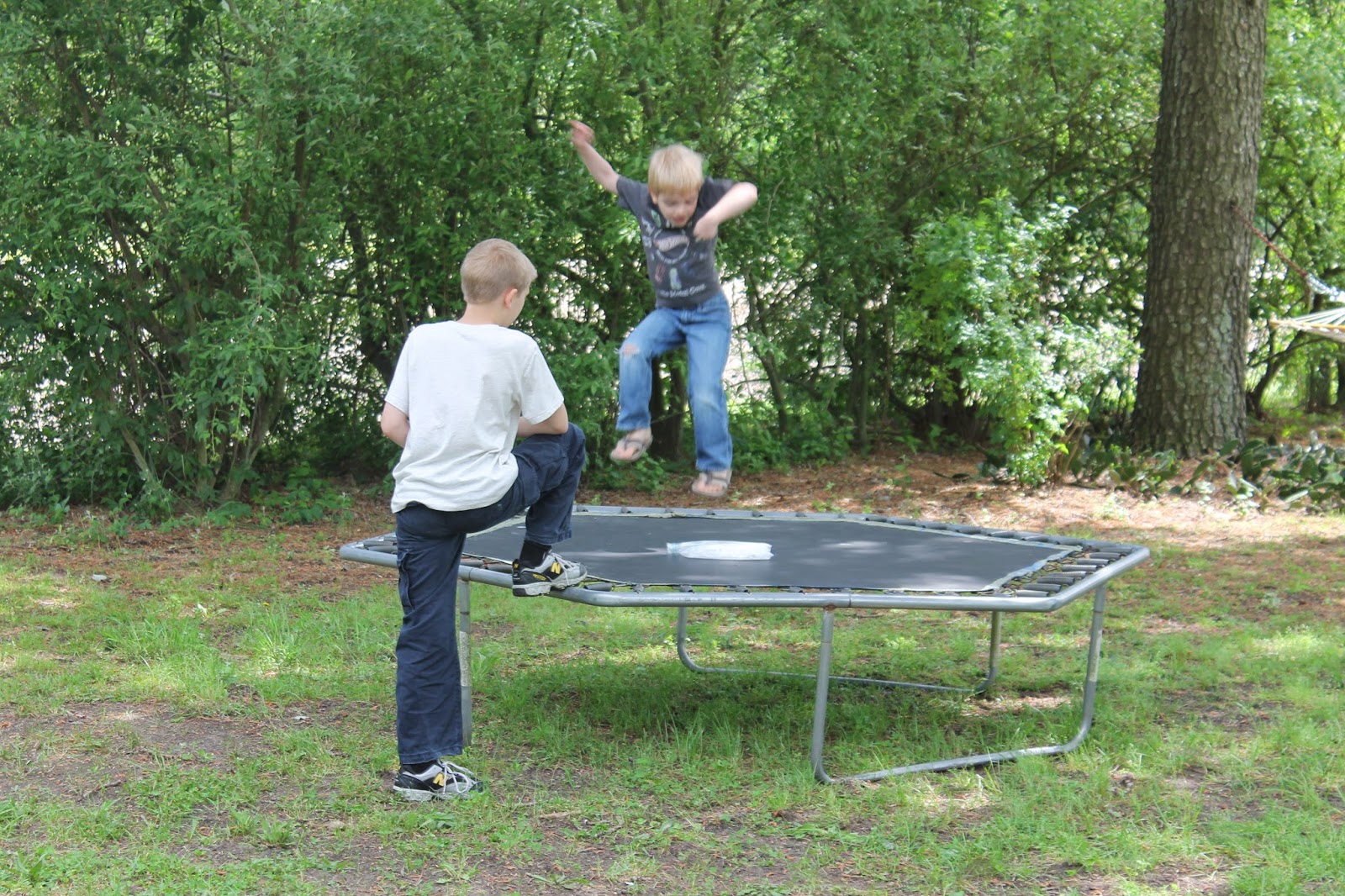 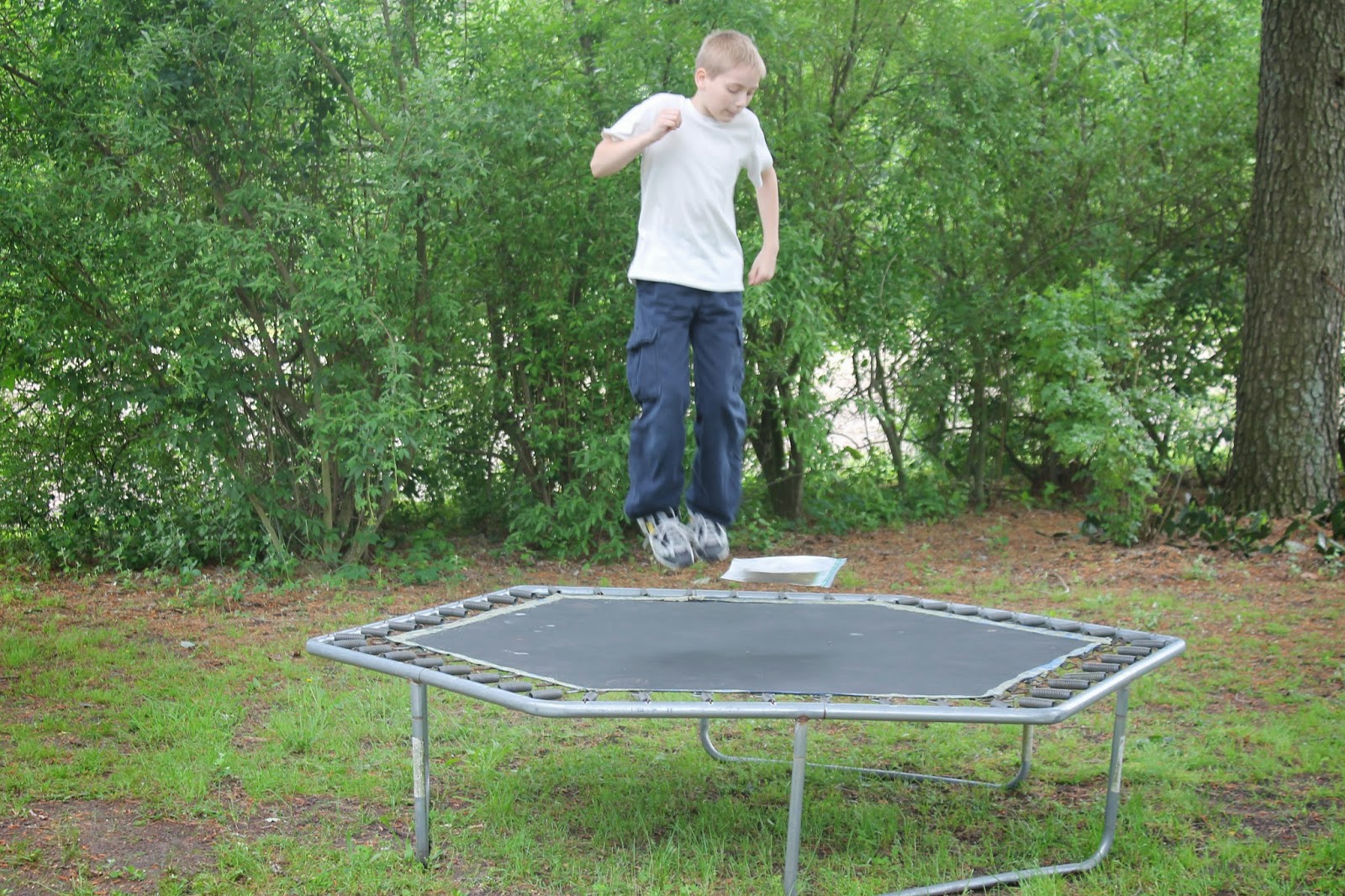 One team tossed theirs back and forth. 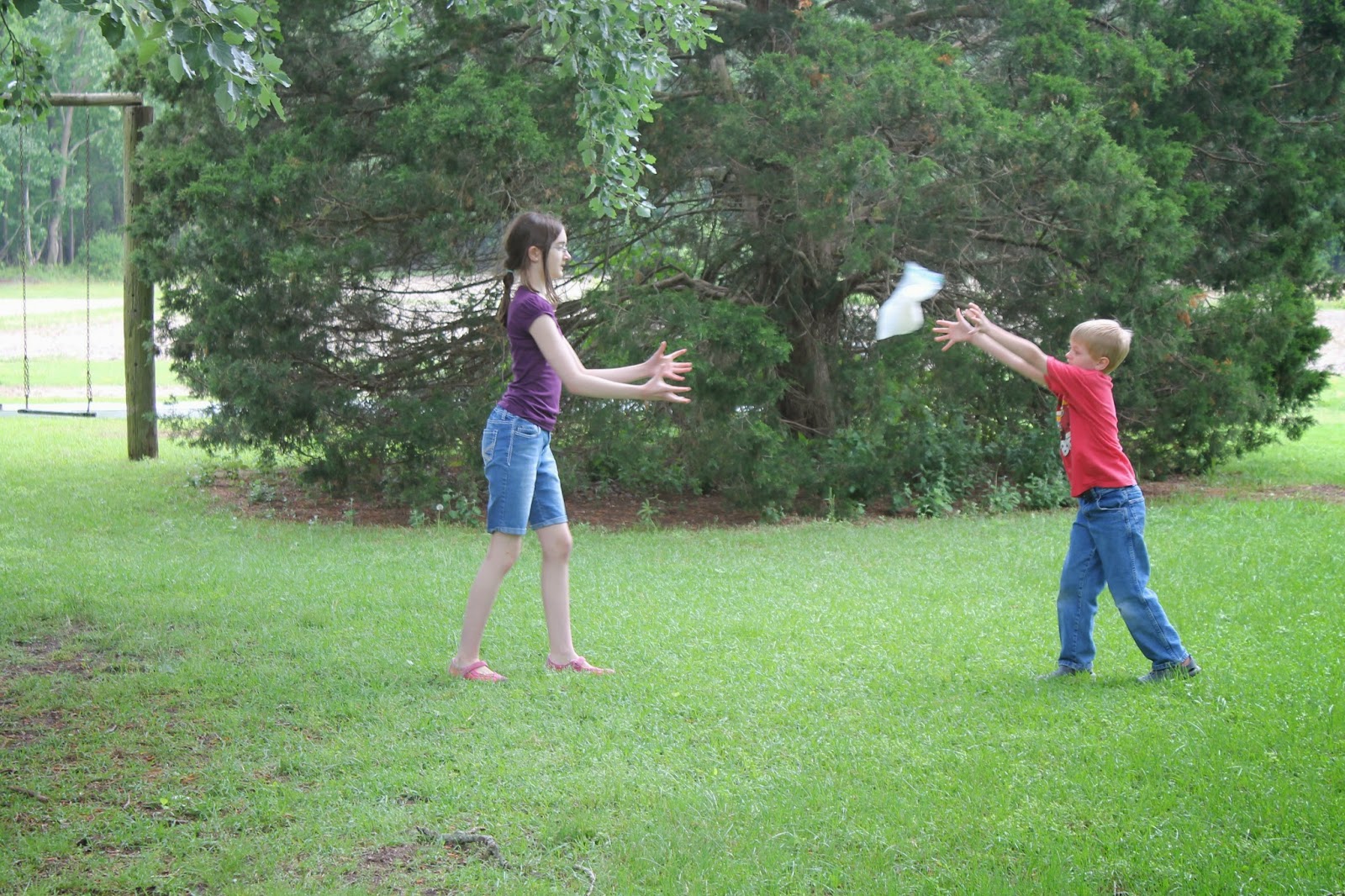 Some of the youngest partners decided that there were better ways to spend their time. 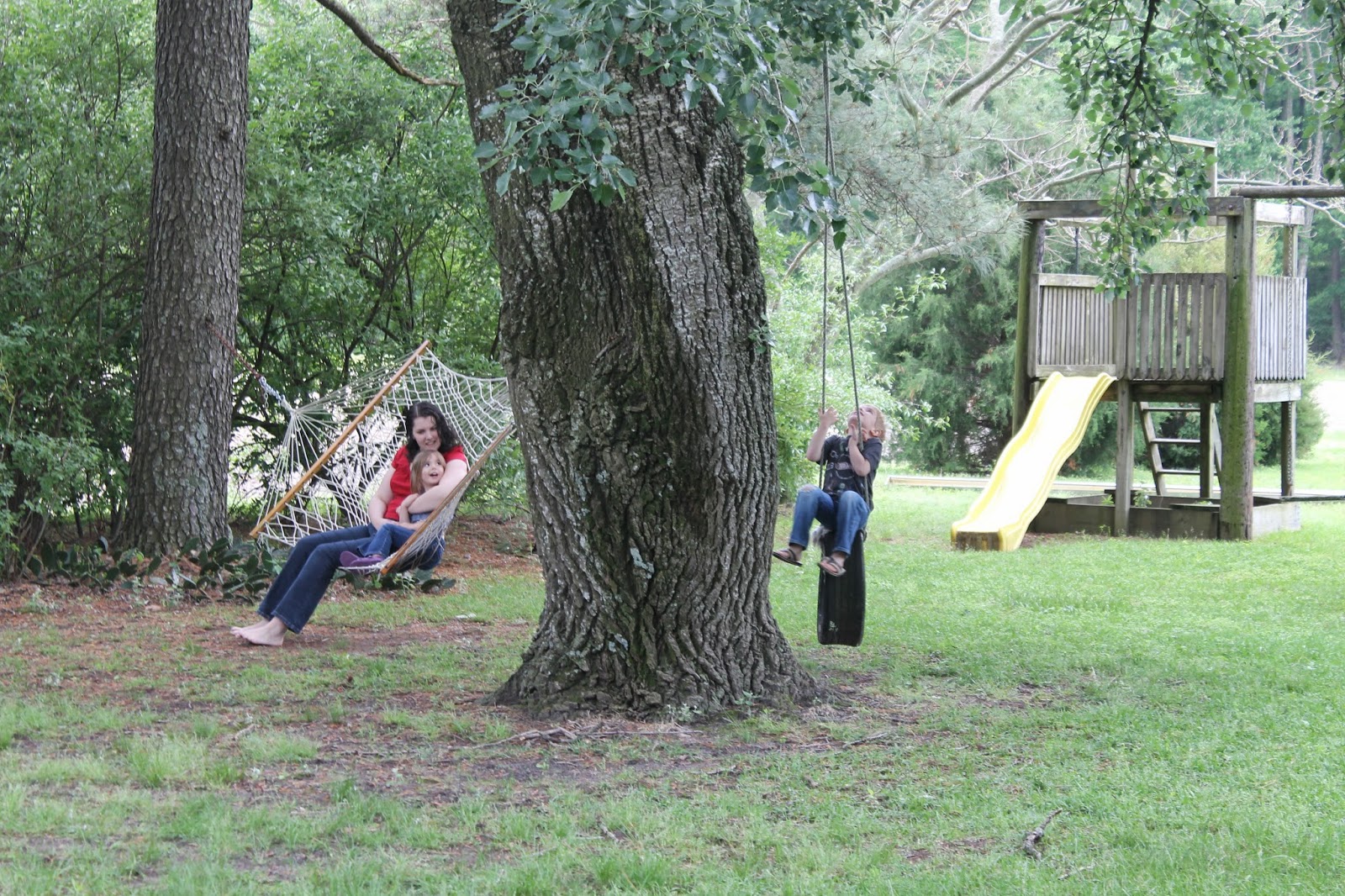 Some decided to run with their bags. 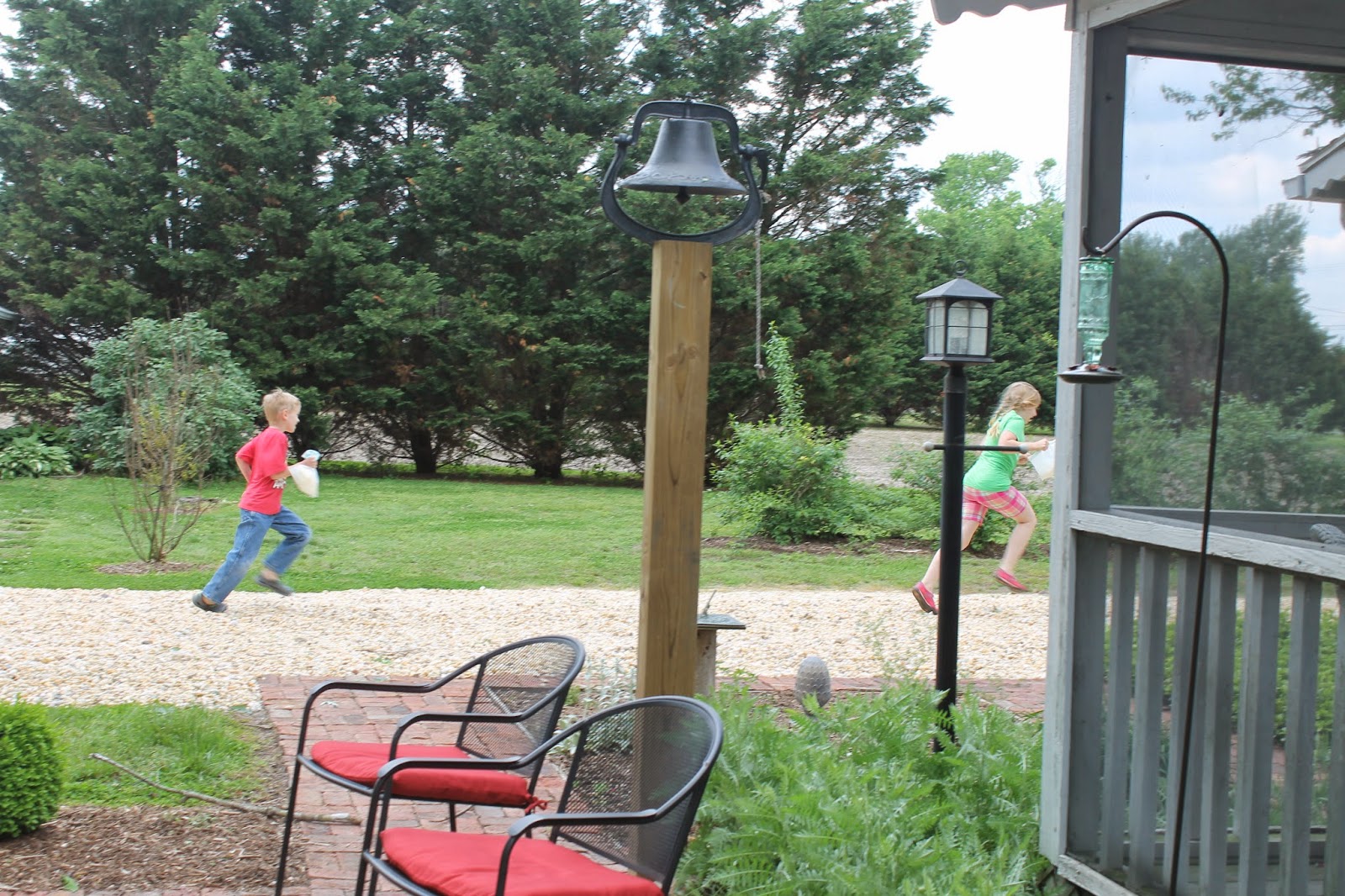 Well, somebody had to supervise, right? 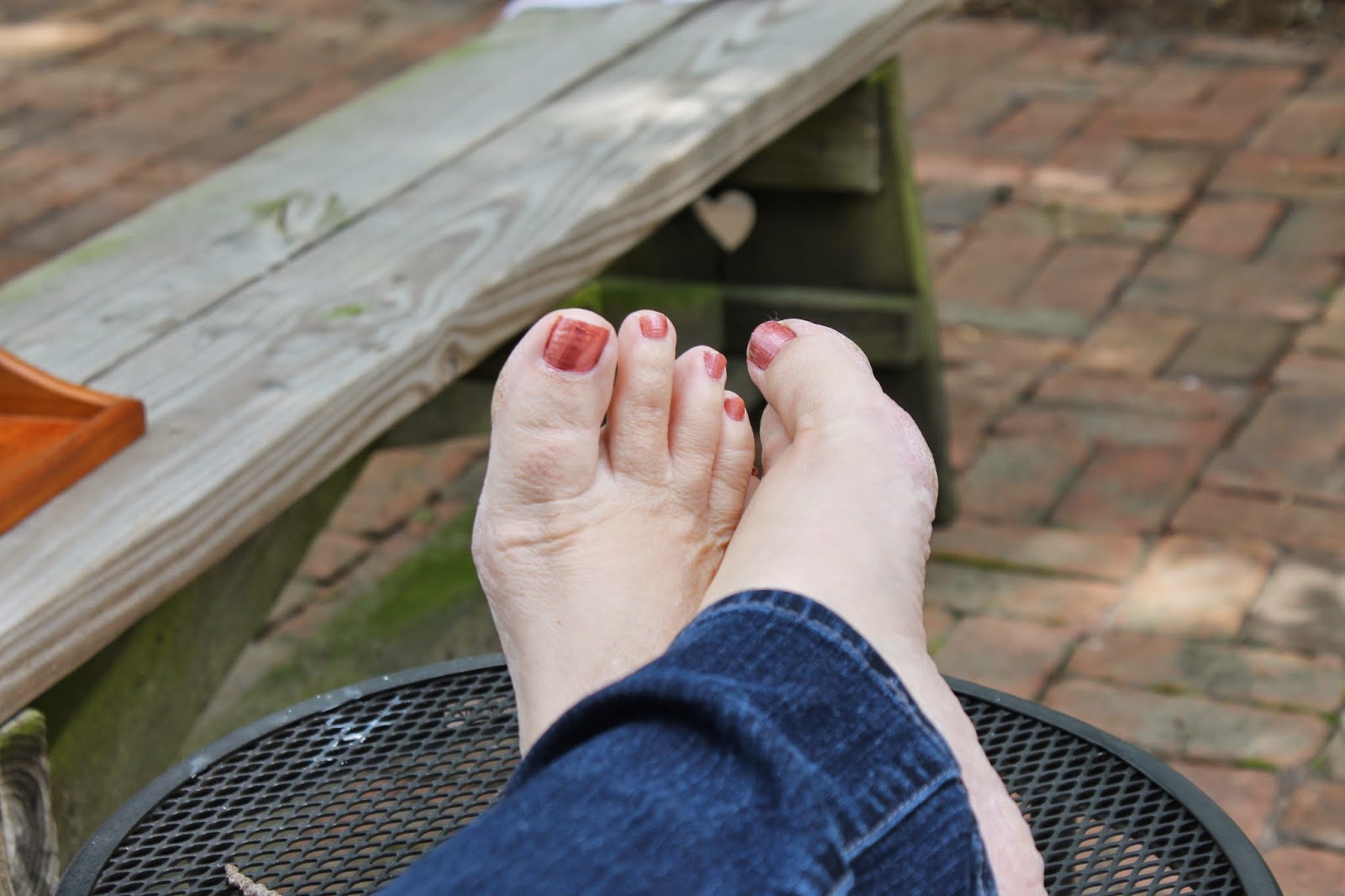 After about 10 minutes or a little more, we decided that the ice cream was ready. Some was firmer than others (I assume that the more vigorous shaking resulted in firmer ice cream), but the results were deemed delicious! The children said that it had the flavor and consistency of soft serve ice cream. 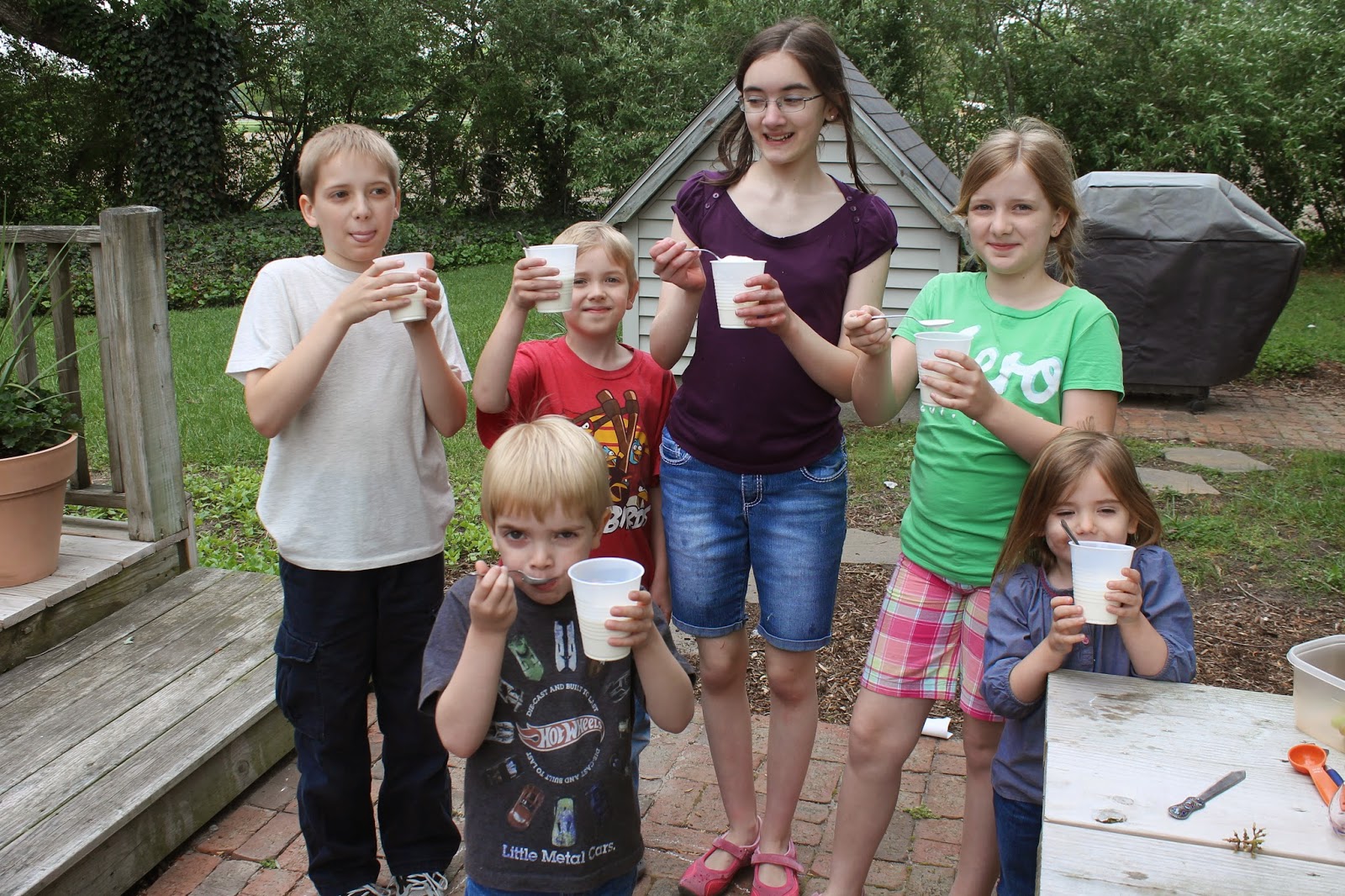 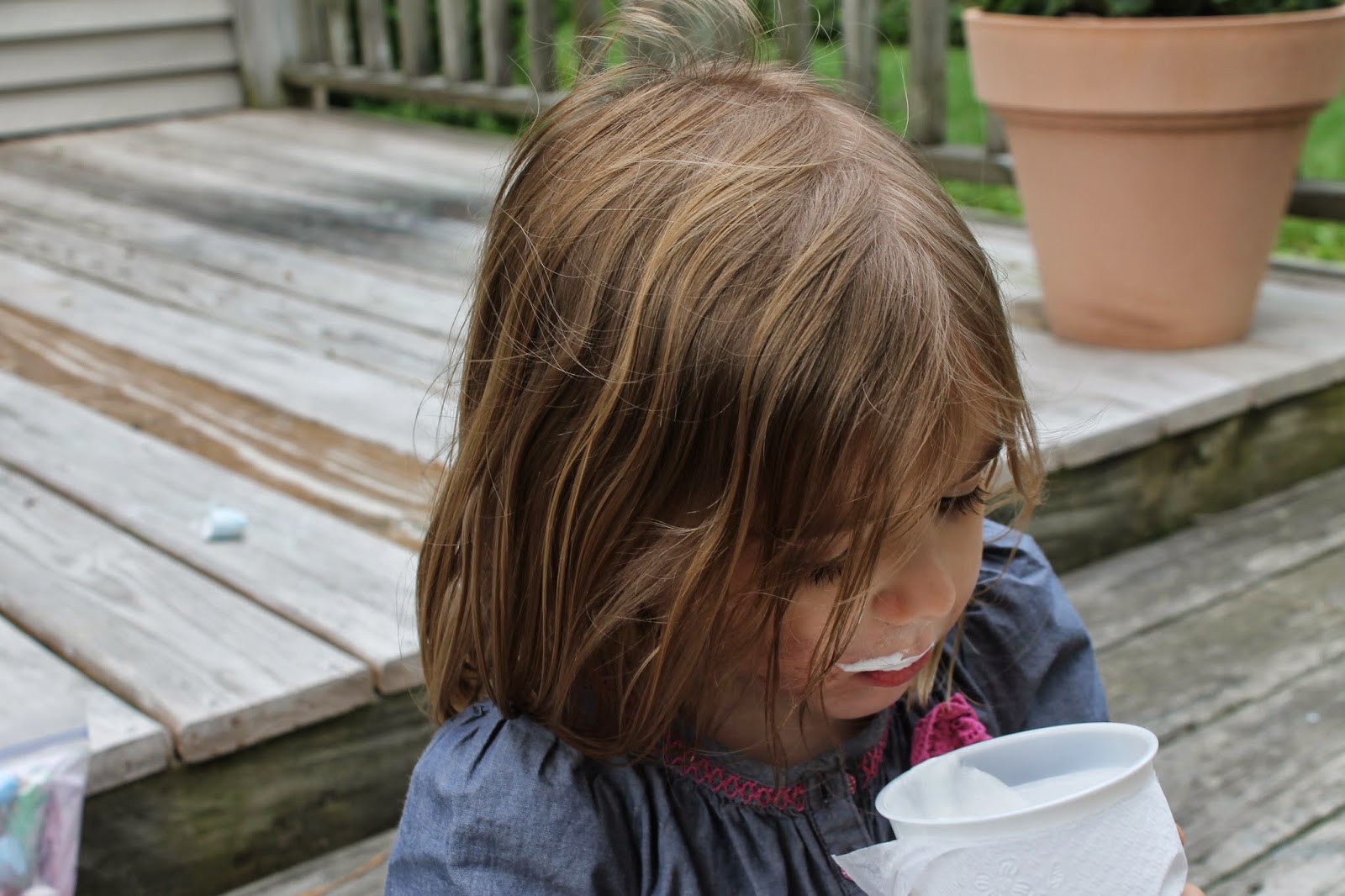