I now have several of Great-Grandmother Anna's cookbooks.
I find them intriguing, their faded covers and taped spines and glimpses into another time. 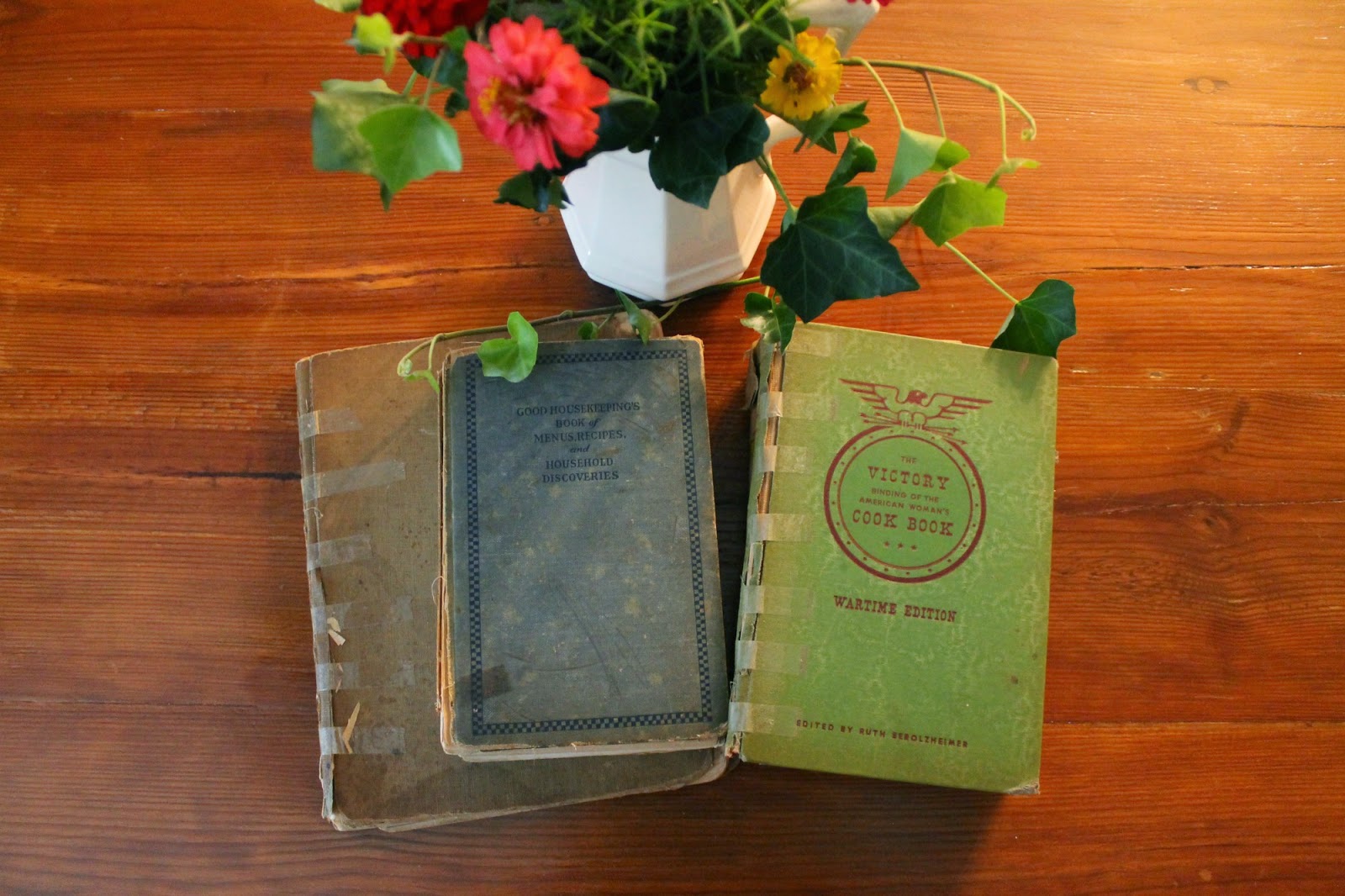 This one is a wartime cookbook. 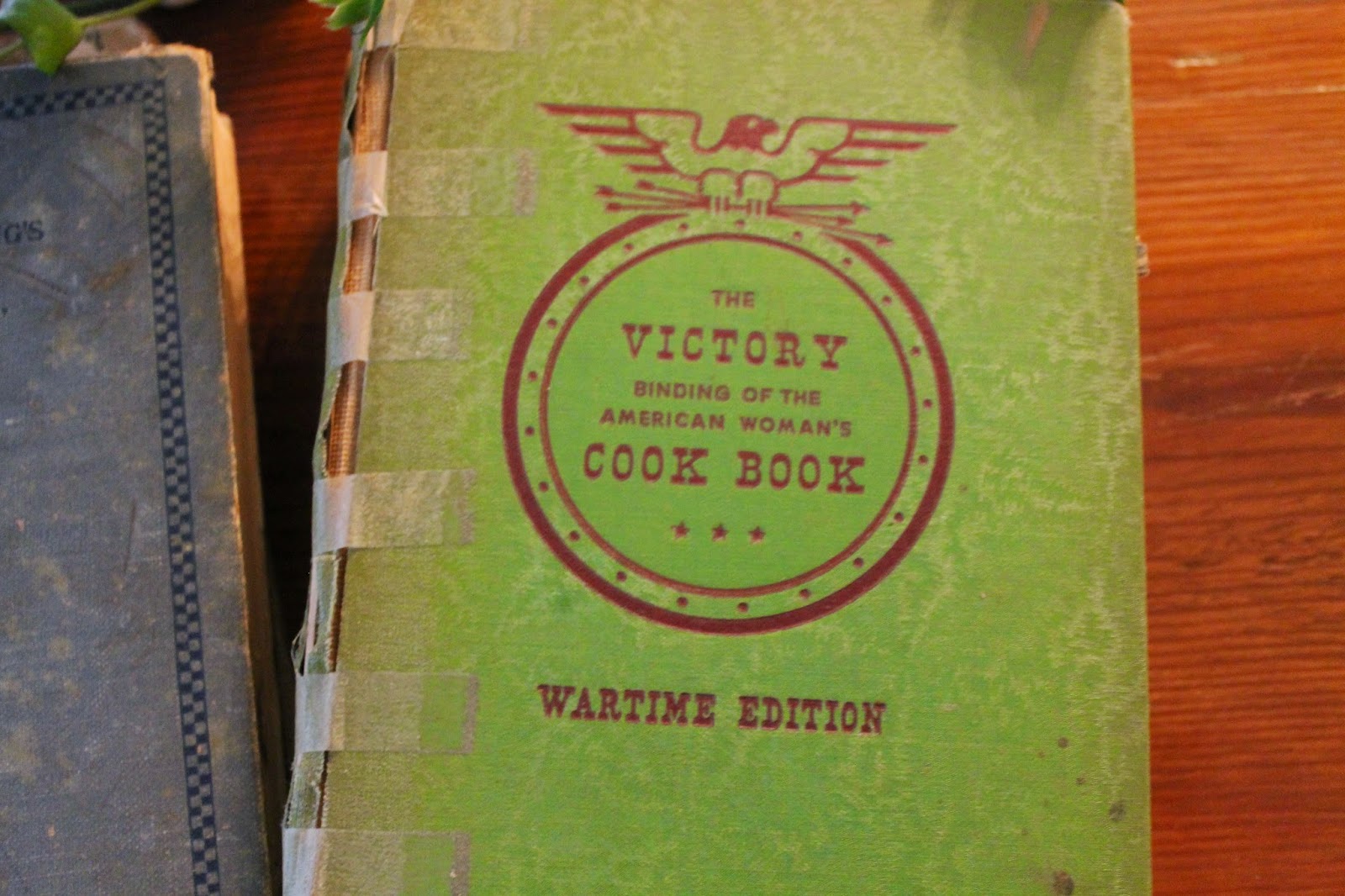 And isn't this one fun? 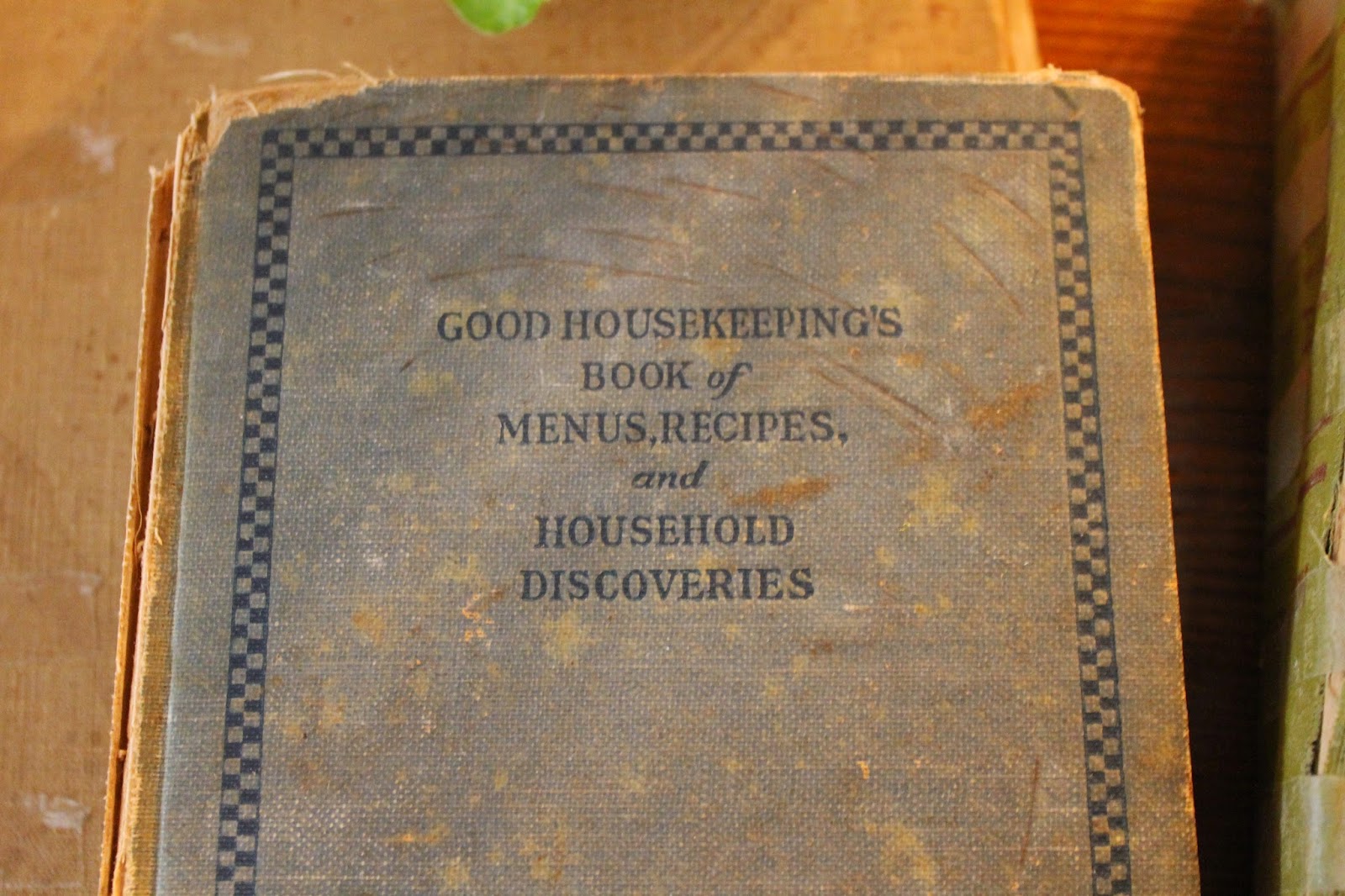 We had a chuckle reading some of the suggested daily menus.
(That's a lot of food! And we suspect that any followers of these menu plans spent much of their day in the kitchen!) 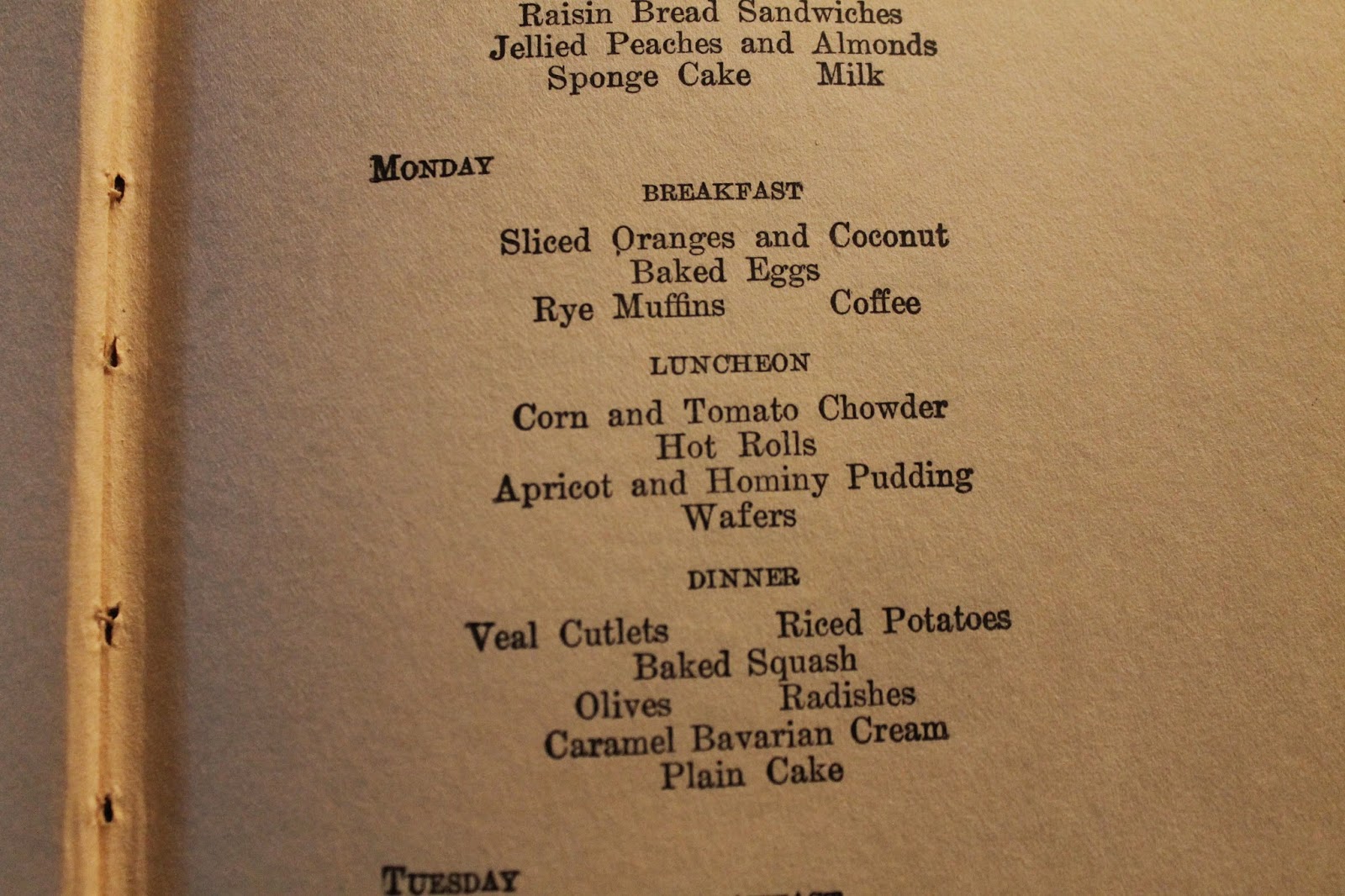 But the one I love the most is this one. 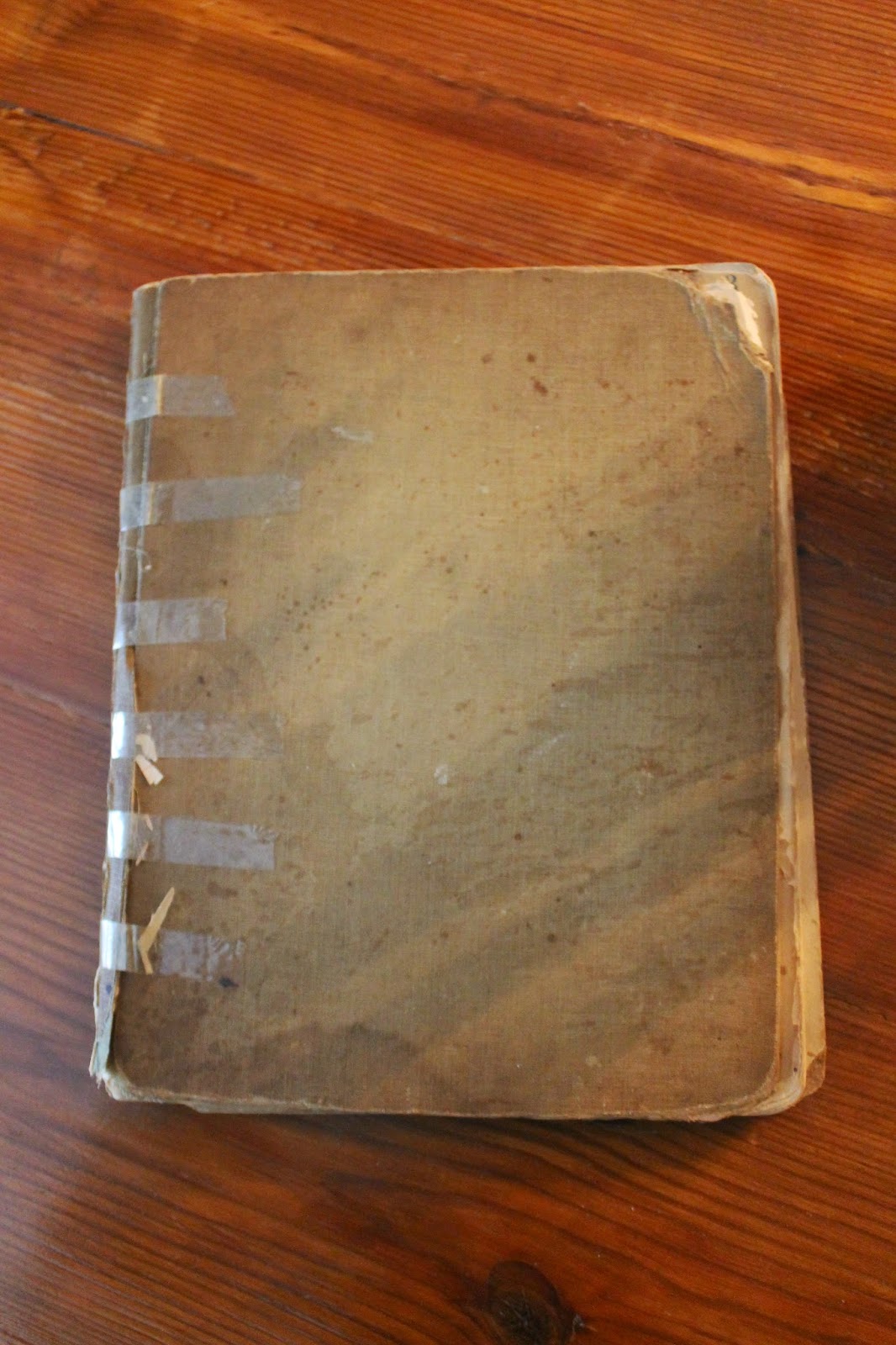 It was Anna's own collection of recipes. 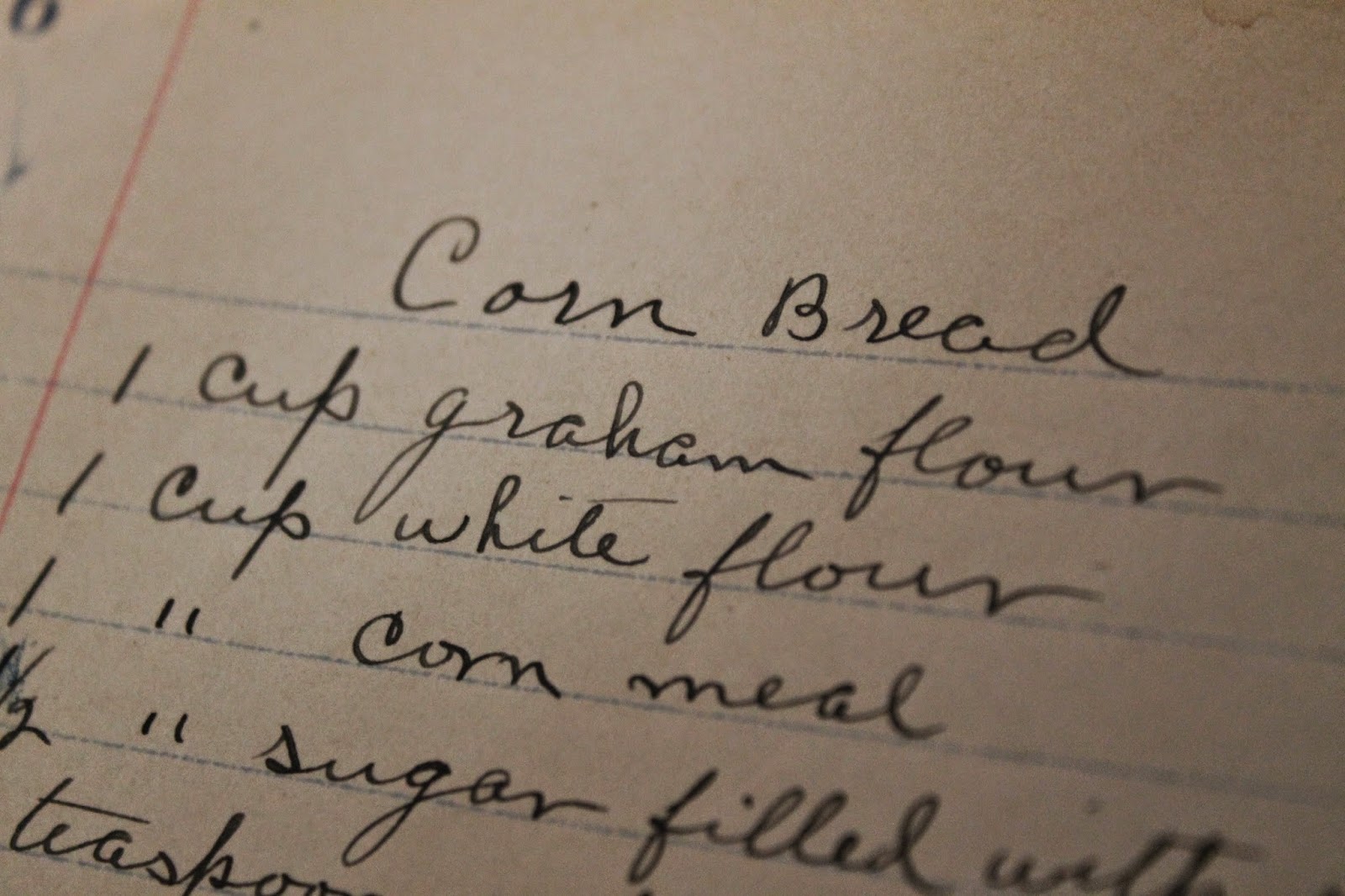 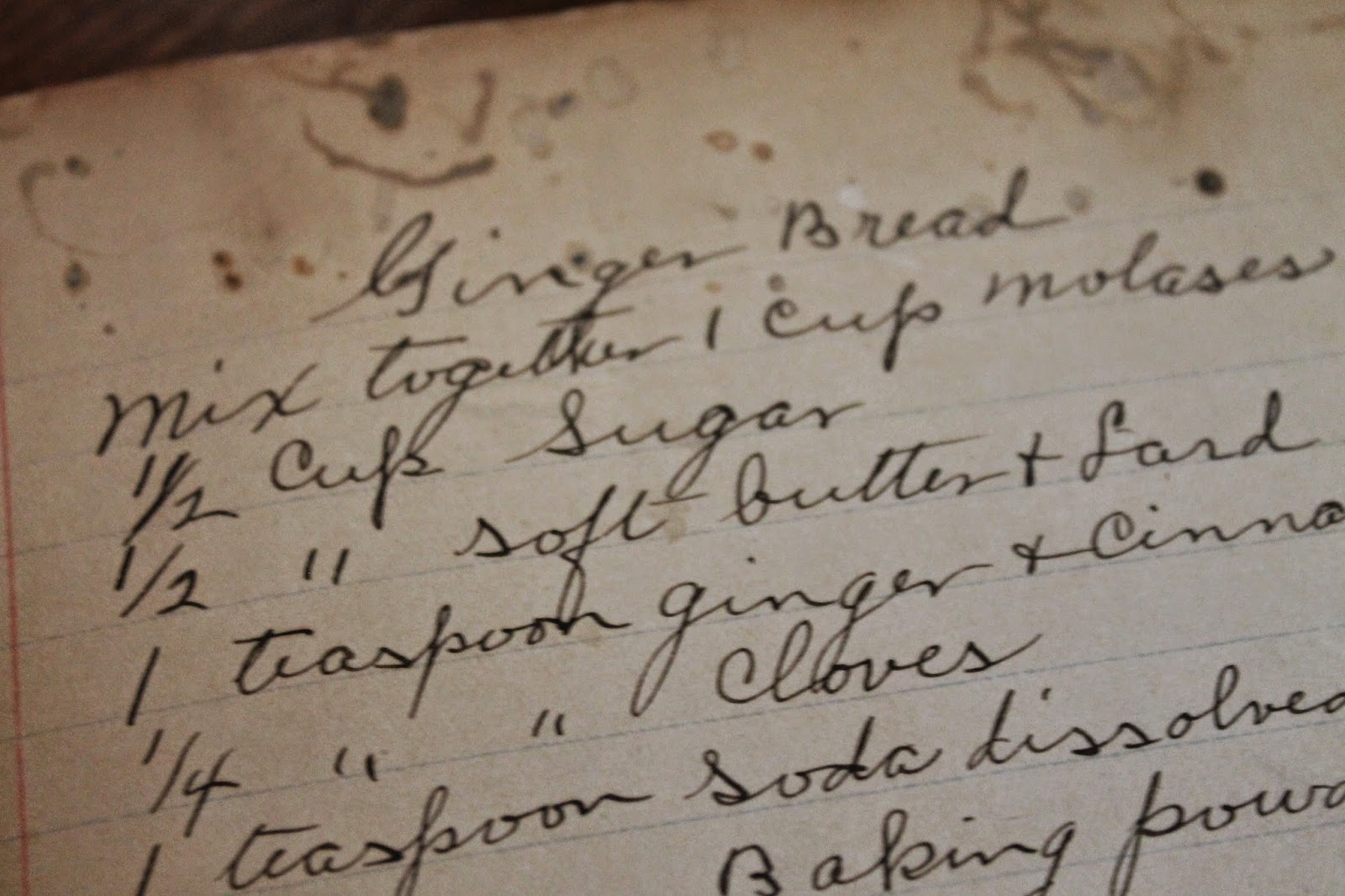 Later in the book, there are recipes in my Great-Aunt Minerva's (Anna's daughter's) handwriting. 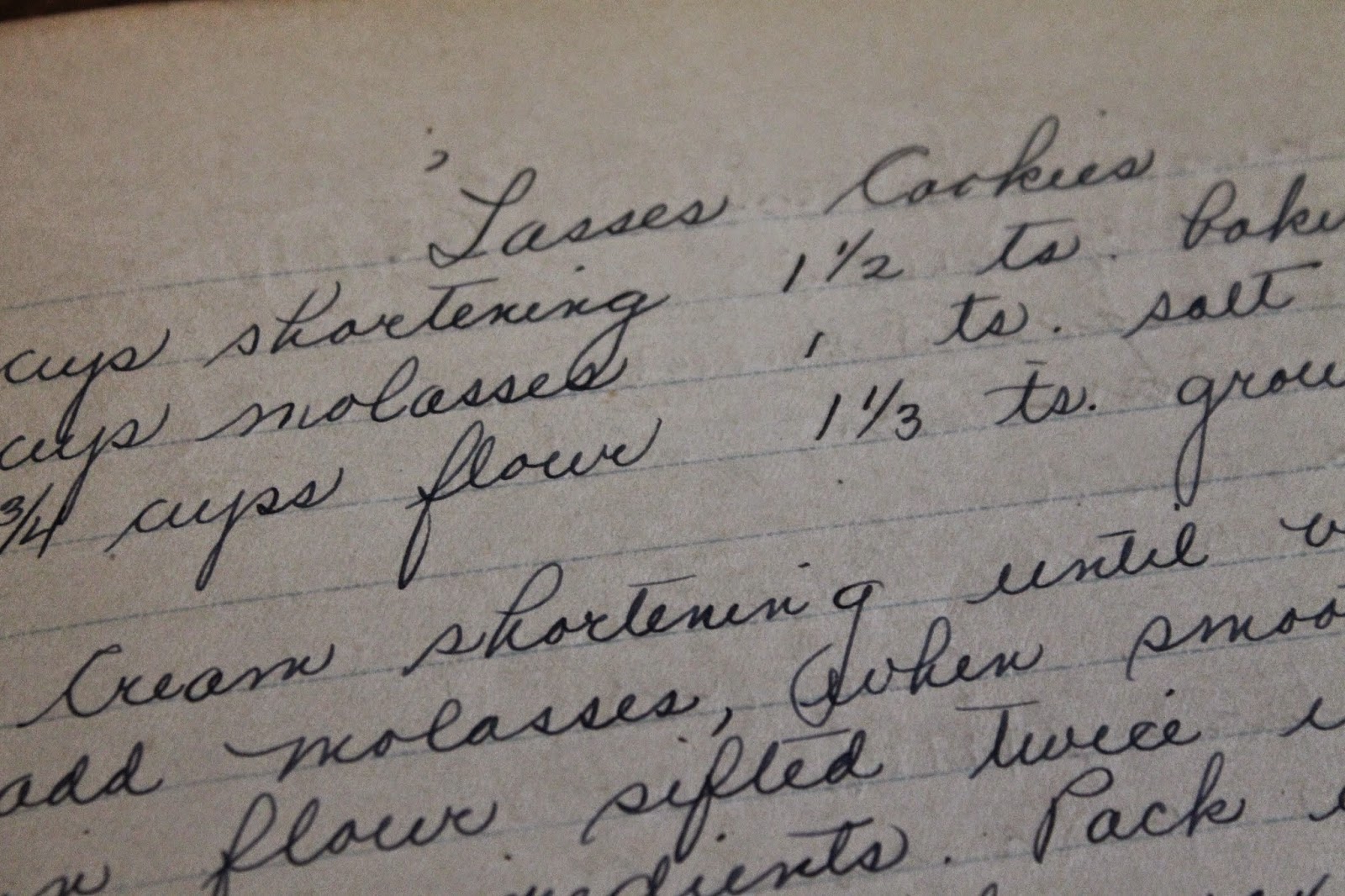 There are also recipes that were clipped from the Baltimore Sun.
They are now yellowed with age, but are fascinating glimpses into another era. 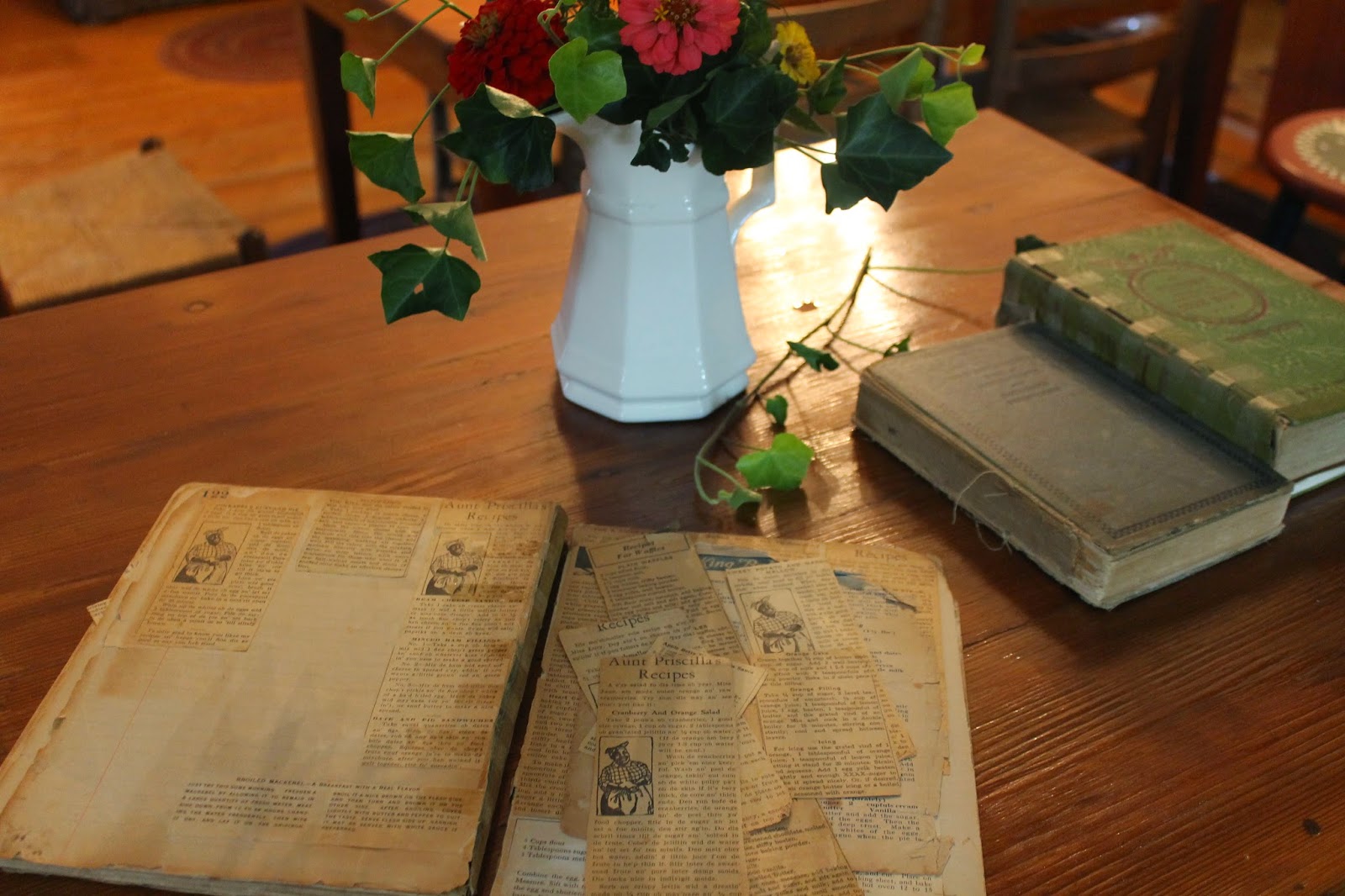 When I took these photos, I grouped them with a bouquet of zinnias
as Mom tells me that Great-Grandmother Anna planted zinnias in her yard. 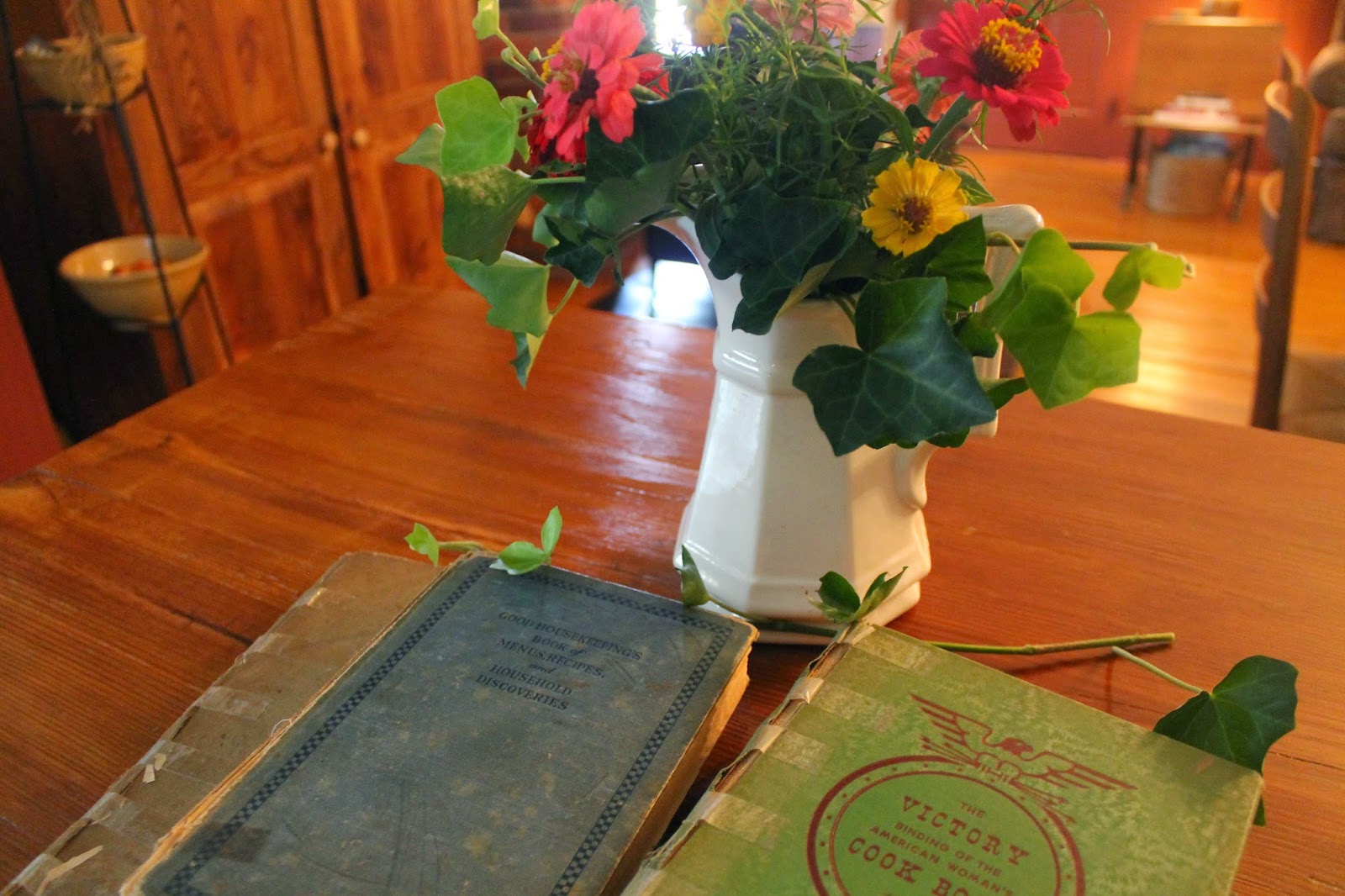 Come autumn, there will be some vintage cooking in my kitchen!