Counting the years, and counting our blessings... 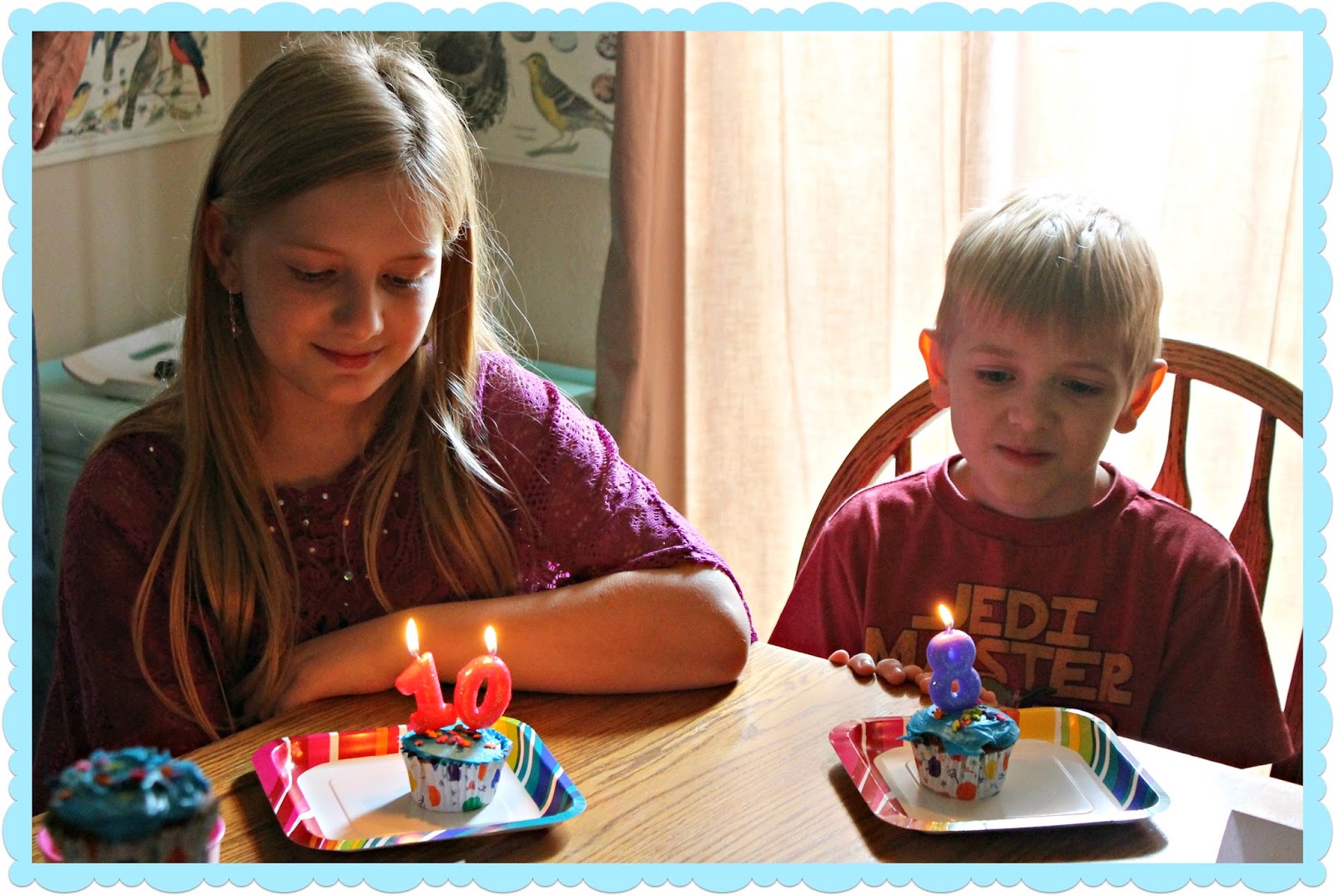 Yesterday afternoon, we went to Kristin and Brian's house to celebrate Maddie's 10th birthday and Owen's 8th. With their birthdays a little over two weeks apart, they often celebrate together.

For Maddie, it was a milestone birthday, and it was her year to get ten birthday gifts from Papa and Gran and a special treasure box made by her Papa. (We began this tradition when her older brother Gavin turned 10 and we plan to continue it with each grandchild.) 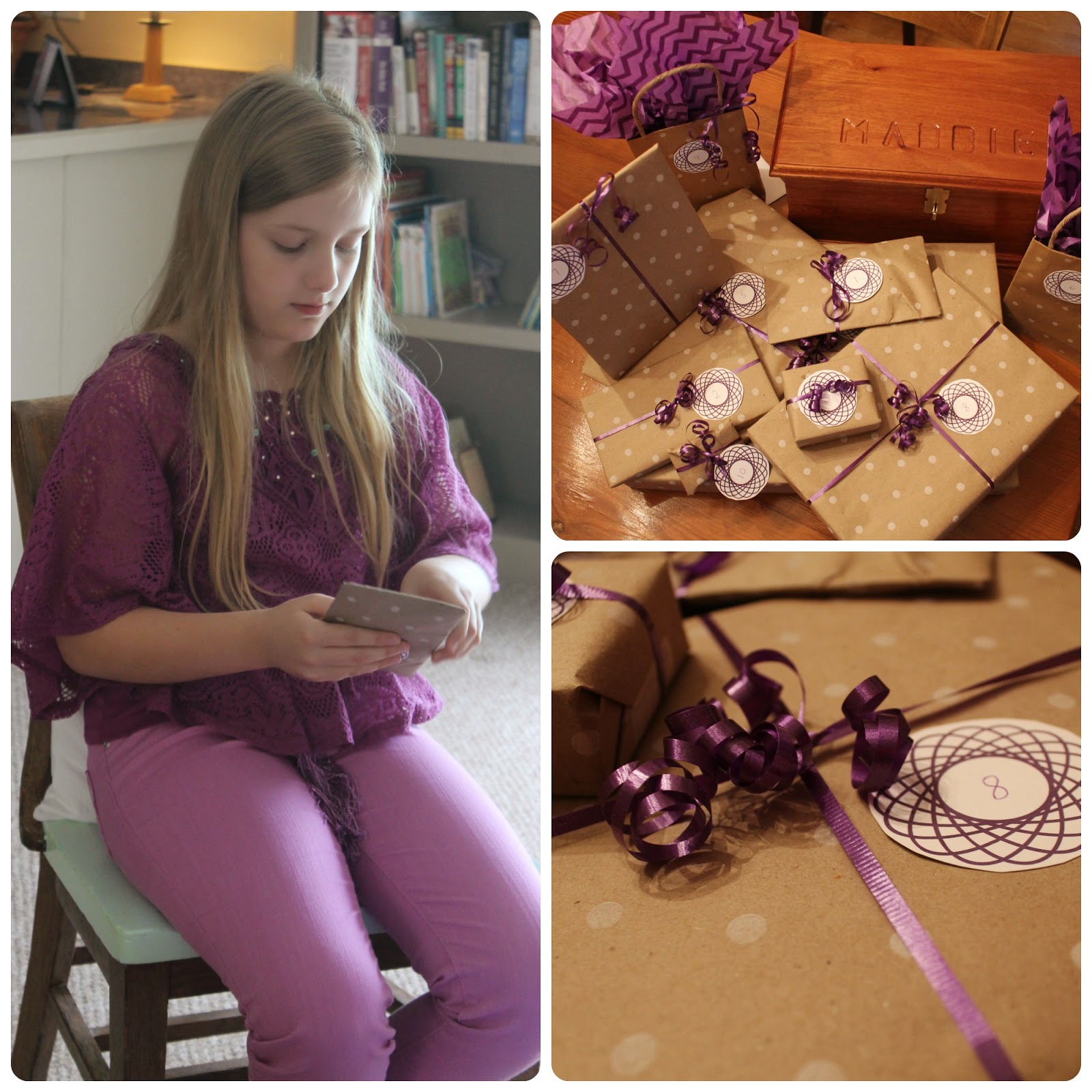 He has a couple of years to wait for his milestone 10th birthday, but Owen had a great day too. His mama provided me with this Owen quote: "I got so many great gifts! Like my chips!" ("Chips" referred to the mini can of Pringles sour cream and onion potato chips that was tucked into his birthday bag! ~smile~) 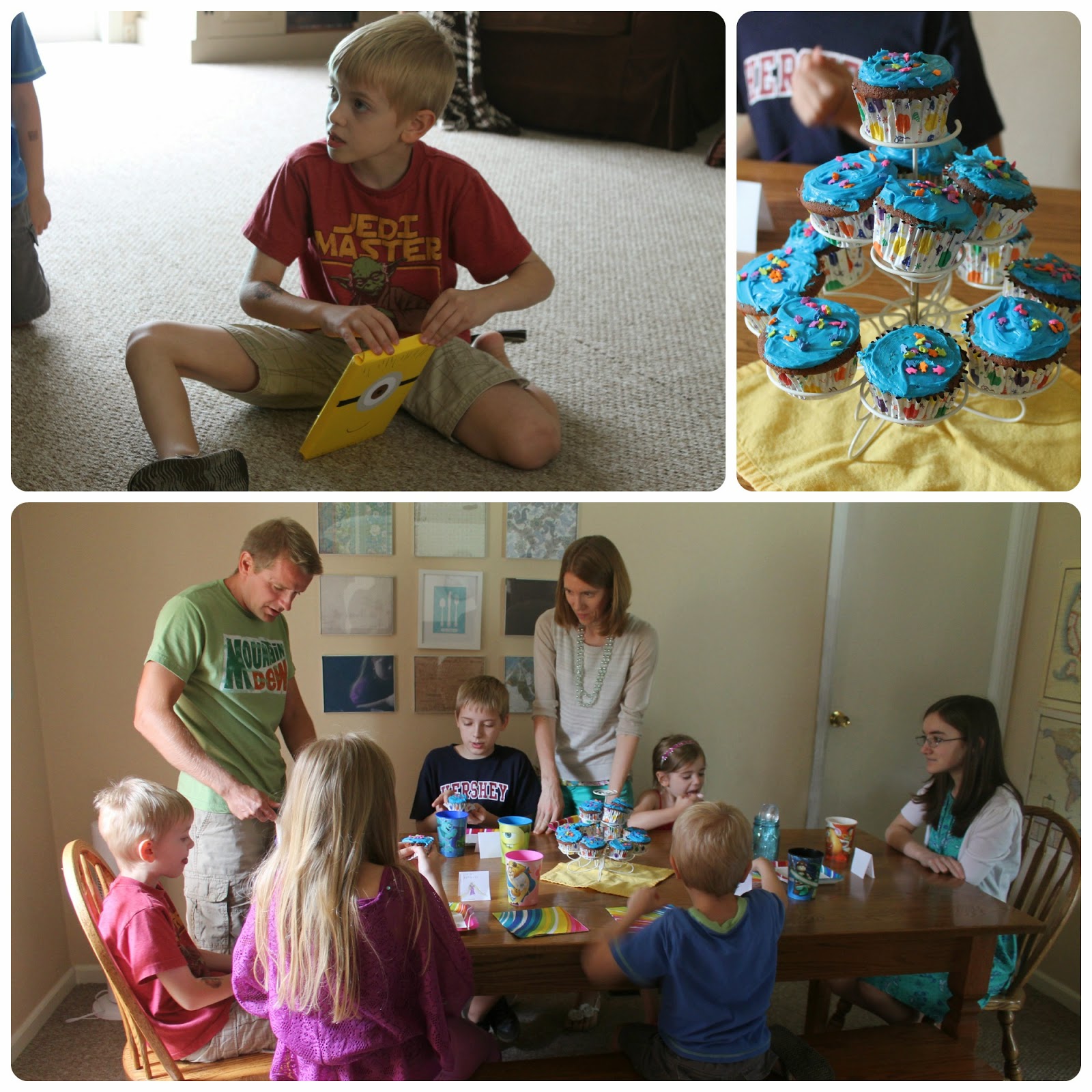 One of Owen's "great gifts" was a kit for making balloon animals, given to him by Gammy (my mom, Owen's great-grandmother). In fact, it became quite the party hit!

The accompanying book had instructions for lots of animals, but some of them were beyond the ability of the novice balloon animal creators. Owen decided he wanted to make the balloon snake, but requested his mama's help. Before long, he had left the snake project to pump up more balloons and create balloon hats and balloon fish...leaving Kristin and Kati to puzzle over that instruction book and twist and figure and confer and redo and twist some more, trying to get that balloon to look like a snake! At one point, Owen reported to one of his siblings, "I'm making a snake." Kristin looked over at me, her face full of consternation, as she and Kati were practically pulling their hair out trying to make said snake! 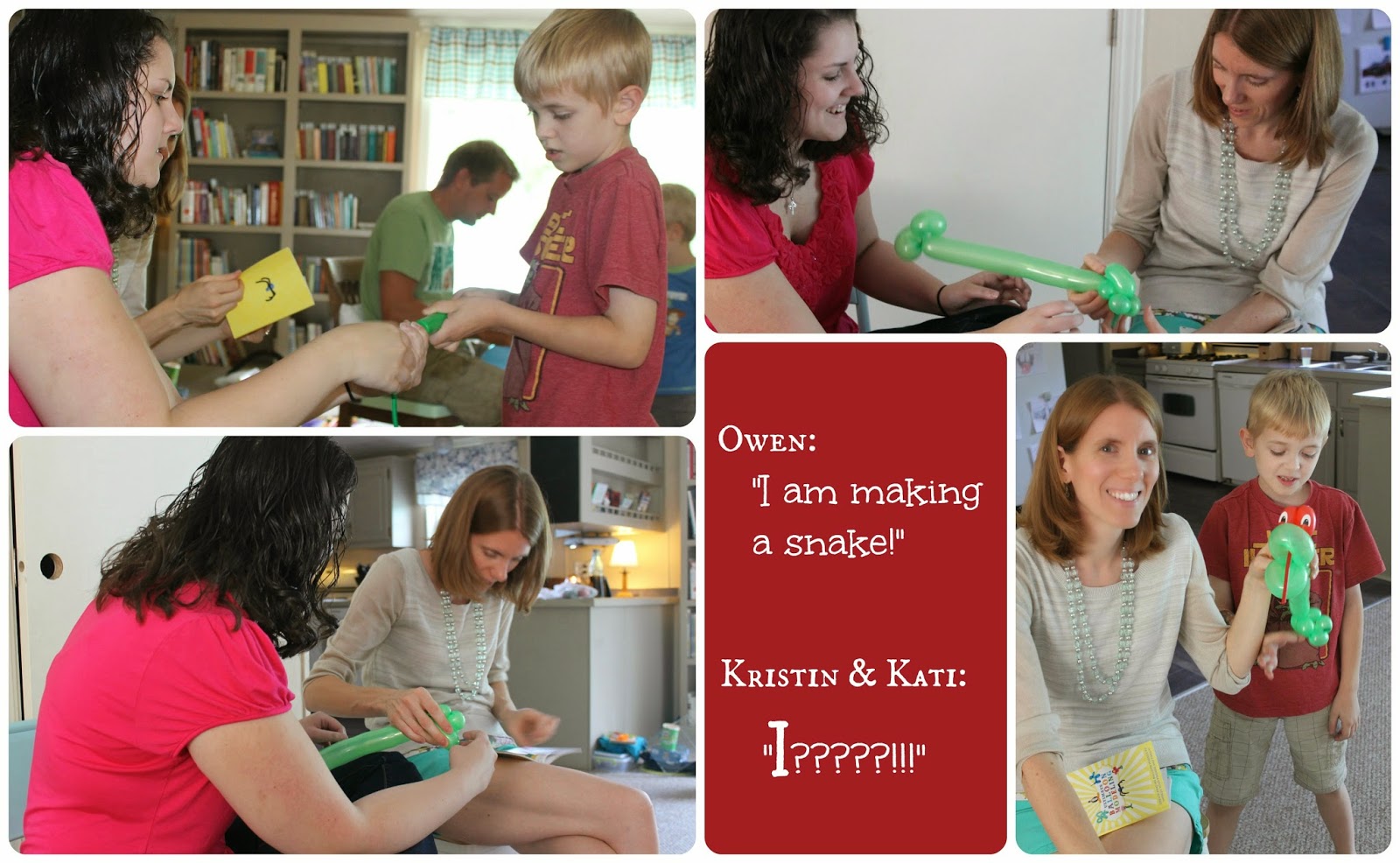 The balloon fun caught on and the younger kids got out some regular balloons to play with. Balloons were everywhere! And the boys kept giving Brian balloons to pump (the kit came with a small pump) so that they could create more designs. 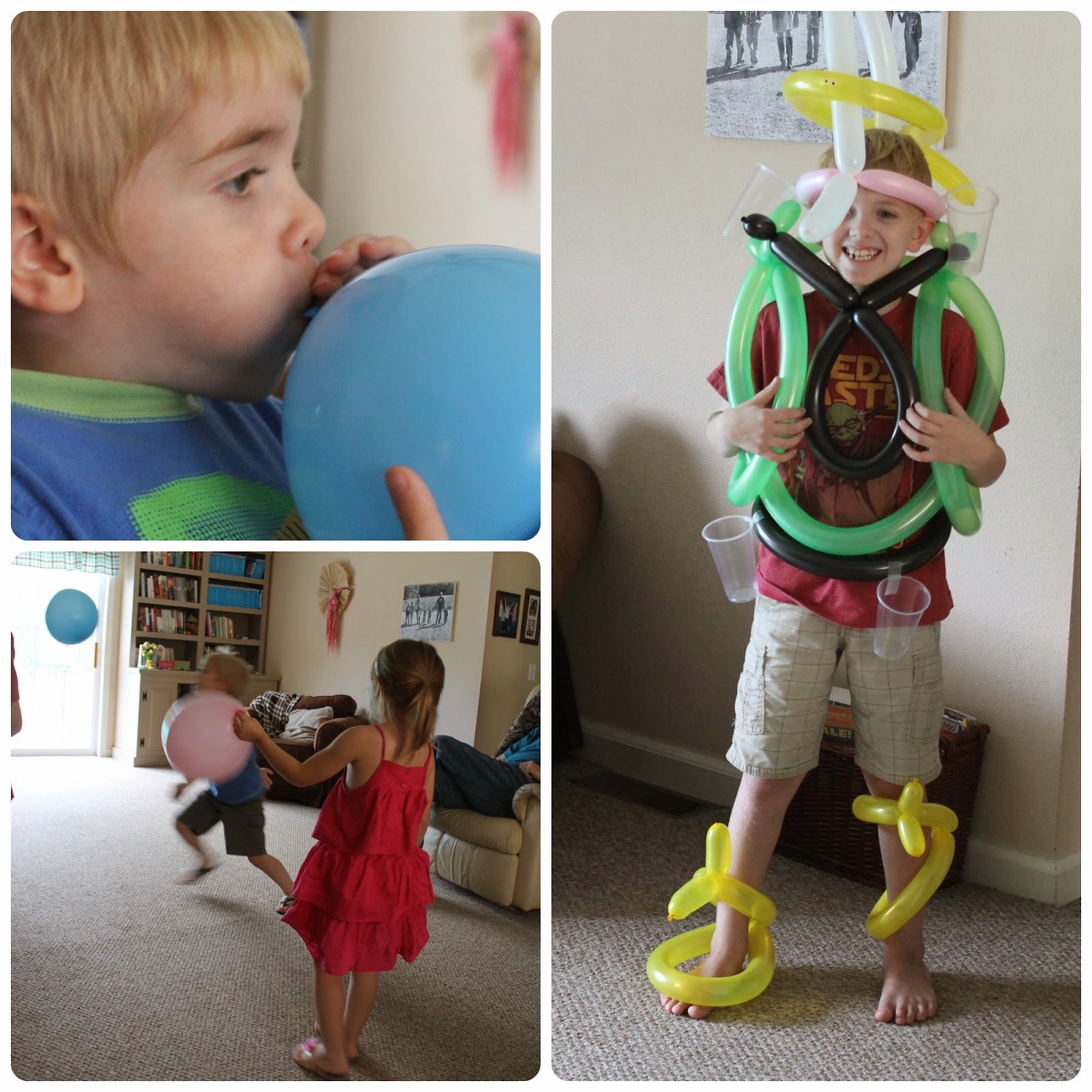 Before everyone left, the birthday kids had a photo session with each group: 1) with their parents and siblings, 2) with Gammy, 3) with Grandma, Brian's mom, and 4) with Gran and Papa and their aunts. 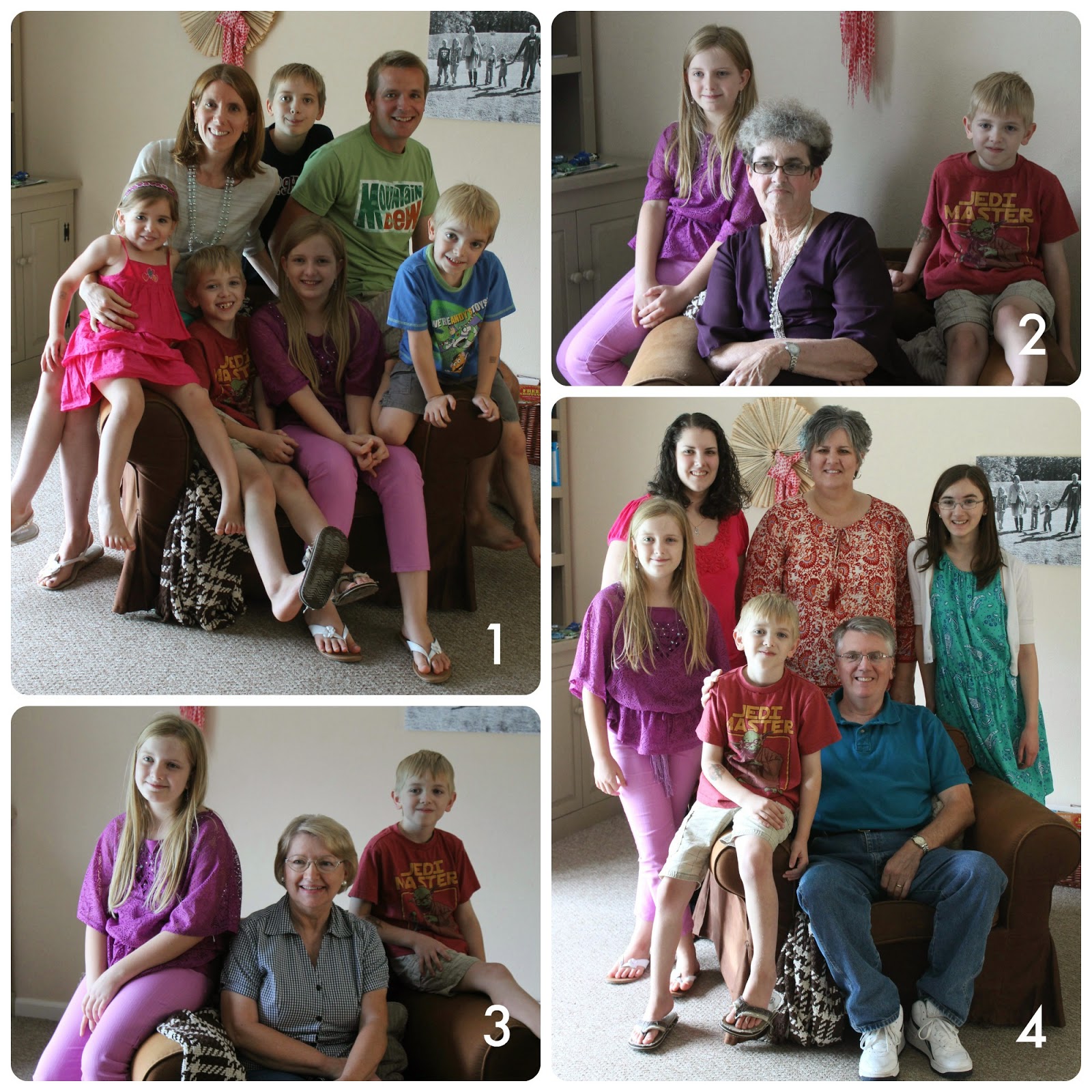 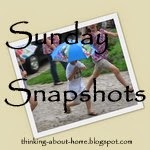