"Make It New Monday"...on a Thursday

A few years ago, I was in a little downtown boutique that had some darling hand-painted wooden picture frames. The cut-outs for the frames were asymmetrical and the colors were cheery.  Some were polka dot, some striped, some stars, some lettered. The prices were not so darling, and I wasn't really looking for such a thing, but I filed the idea away.

When I saw this frame on clearance at Target a couple of years ago, I thought of the frames from the boutique. I wondered if I could take this one and make it over. In case you can't see the price in the photo below, the cost was $2.48! I thought it was worth a try. 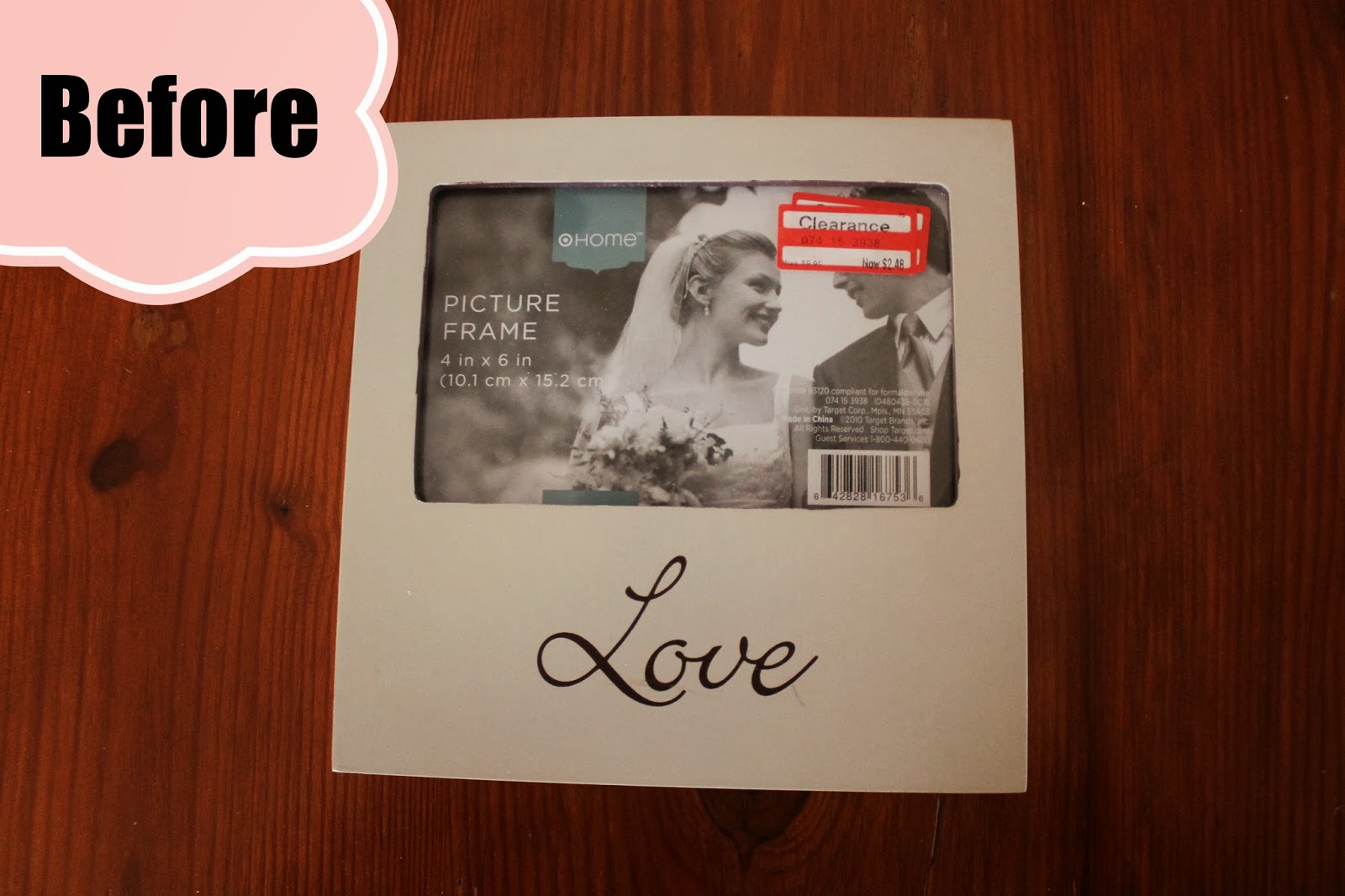 But the frame sat on a shelf in my laundry room for a l-o-n-g time.

Then my friend Joanne began a new monthly blog feature in which she would take something and "make it new." So last week, I pulled that frame off of the shelf and ~voila!~ I made it new! 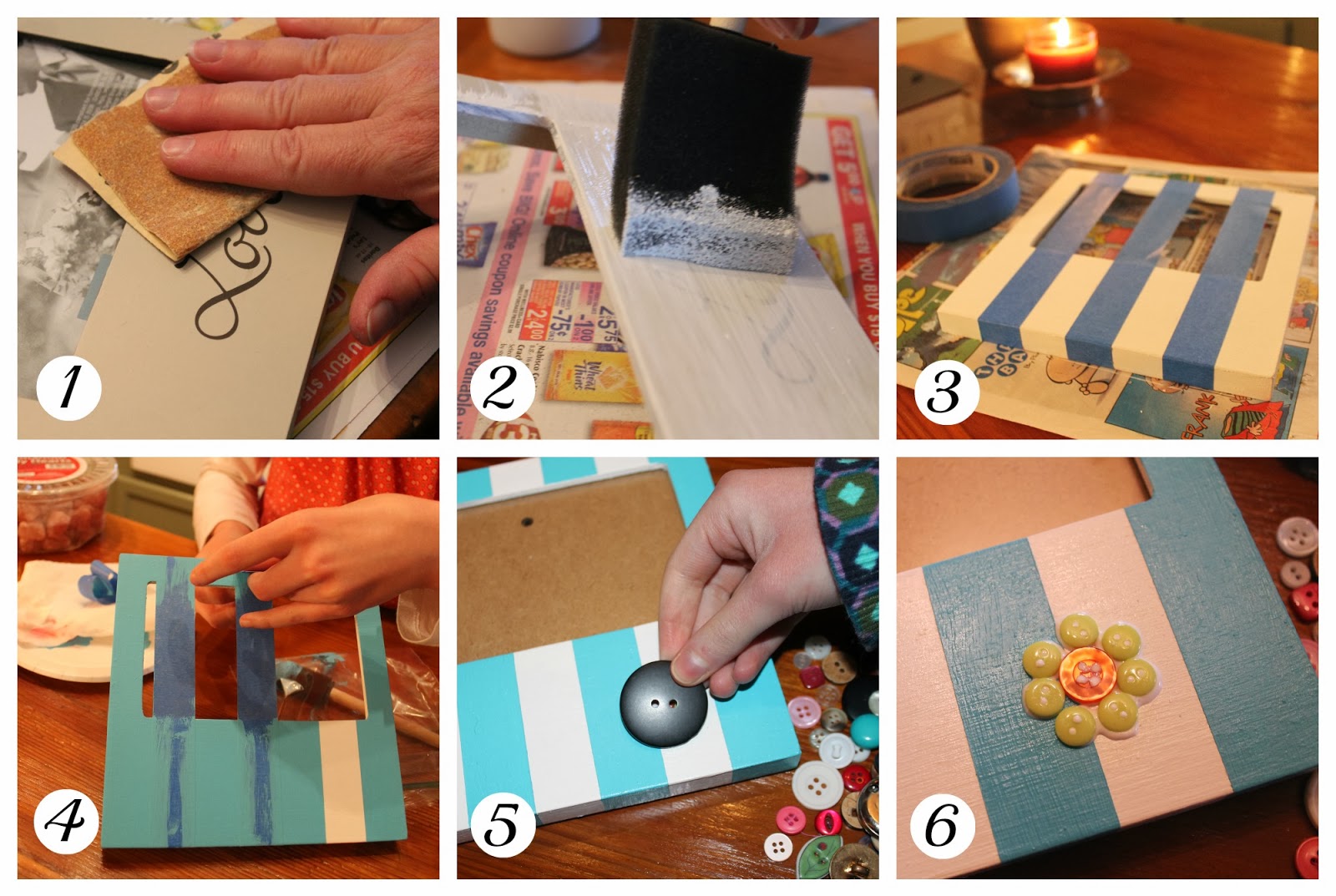 1) I lightly sanded the frame to rough up the surface a bit.
2) I painted the frame with several (4?) coats of white acrylic craft paint.
3) I used painter's tape to make some stripes, then painted between the tape with a bright aqua acrylic.
4) After giving it a couple of hours to dry, I Bekah carefully removed the tape.
5) I wanted to add some buttons to give it some interest, but my buttons were either too small or not the color I wanted.
6) While I was washing my hair, Bekah came up with a button design and we glued it on.


So for $2.48 and some craft supplies already in my stash, I have a new frame for Bekah's room! 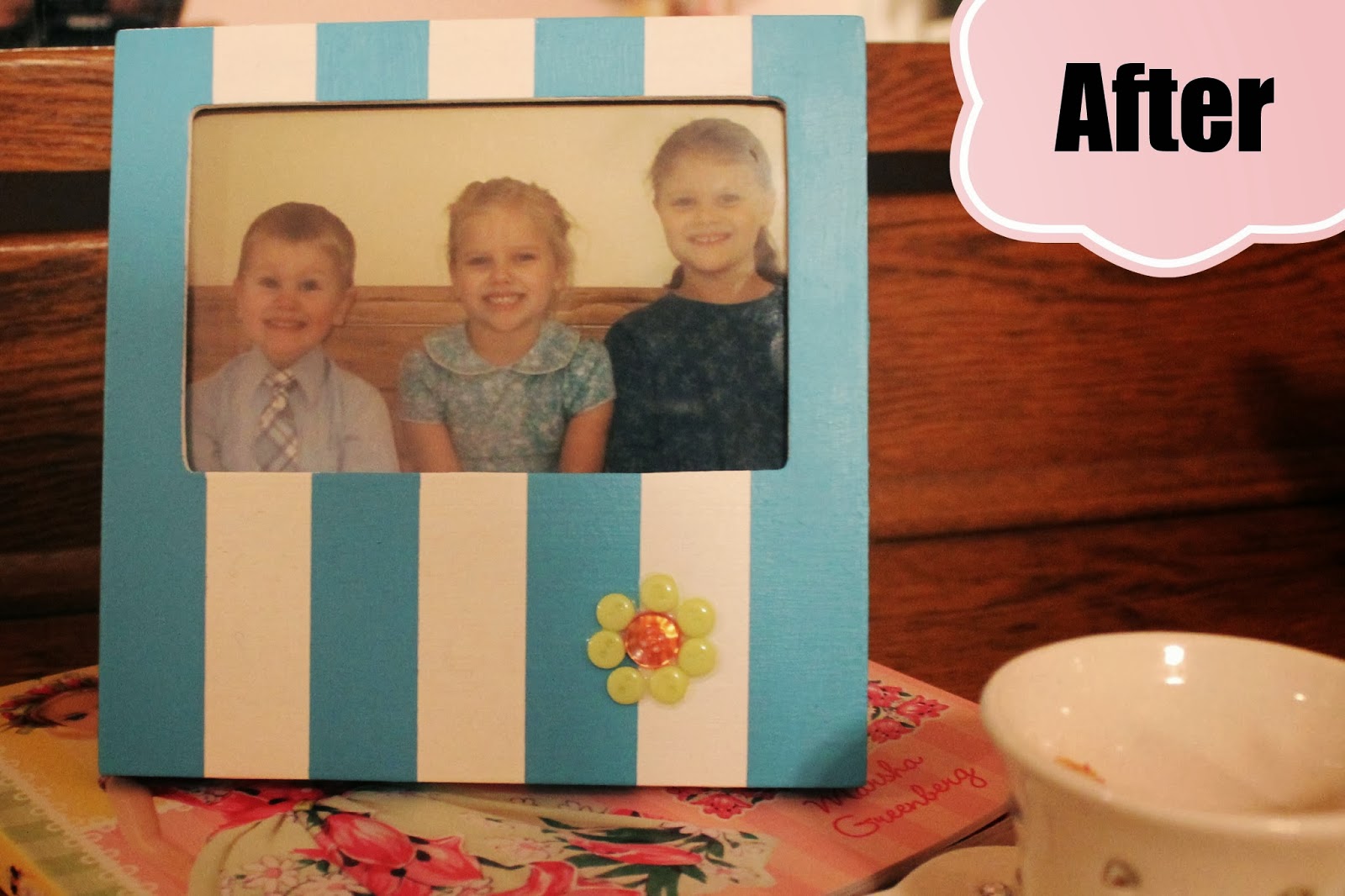 Do like to make things new? Adapt a recipe to meet your family's preferences? Remake old clothing into something snazzy? Rework an idea to make it your own? Then maybe you'd like to pop over to Joanne's the first Monday of each month...to get some inspiration or to link up your own project! (And this month, she's offering a giveaway to a commenter!)