Games are a great way to break the ice, involve all of your guests, and create a little excitement at your celebration! Of course, you can have a great party without any games, but if you're up to the challenge, here are some ideas.

Games for the young...

We have a few standards that we use for children's parties, although we have been known to add a twist!

One year when Kati was a little girl, I got ambitious and made my own Birthday Bingo cards. It took some time to draw and color in all those cards, so I decided to have them laminated so that I could reuse them at another party. I took them to a copy store to have them laminated, but when they gave me the total, I nearly choked!  Eleven dollars and some odd cents!  "Ack," I wailed, "I could have bought two or three bingo games for that price!"

Sticker shock notwithstanding, we have used that Birthday Bingo game at so many parties through the years, that I think it may have cost mere pennies per game! We have played it at birthday parties for Kati and then Bekah. We have played it at adult birthday parties to entertain the children. Even my grandchildren have used it at their own parties. It is a crowd favorite and often the children ask to play it over and over.

There are also variations on bingo if you don't mind investing the time to custom make your boards. A couple of years ago, the girls made a "Barbie Bingo" for Bekah's vintage Barbie party. They found images via Google search and pasted them to a table in our word processing program, then printed them out on pink cardstock. 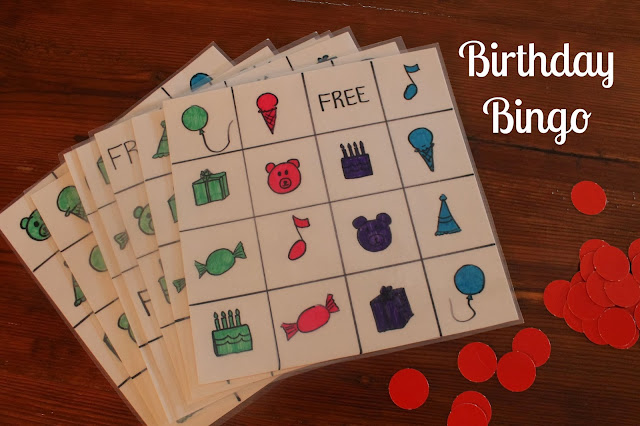 Both of these games are "elimination" games. If you're without a chair, you're out...or if you're caught with the hot potato, you're out. But after a few parties where little eliminated guests ended up in tears, I tweaked the rules. In the new version, as each child is eliminated, he or she gets to pick a treat (candy or some small prize) from the basket! Then they're usually content to watch the rest of the game while they lick their lollipop or play with their prize. Win-win.

You can vary these games easily to fit your party theme. At my grandchildren's "dress-up" birthday party this summer, we played Musical Hats, where the children put a series of hats on their heads until the music stopped. After each round, a hat was removed from circulation. At Bekah's Cinderella party, the "hot potato" was a glass (okay, plastic) slipper. 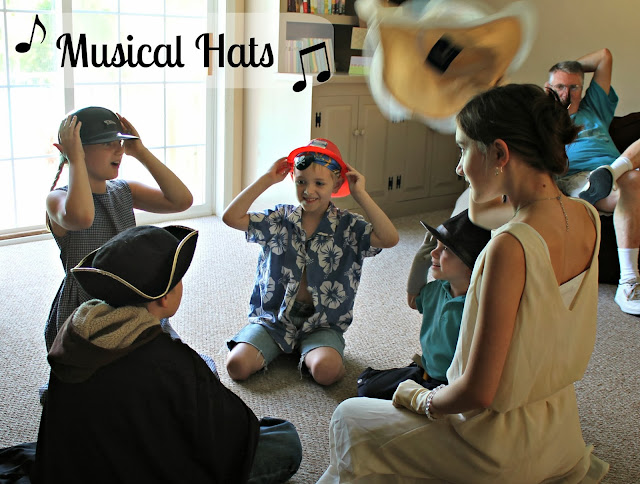 Another traditional game that can be customized is Pin the Tail on the Donkey. We do have an actual donkey game, but most often we have used a variation. I bought a "Pin the Hat on the Turkey" game at Target's Dollar Spot a few years ago, and it makes a return every Thanksgiving. Kristin's children have made their own variations at the last two birthday parties for their family, the most recent being "Pin the Eye on Mike Wazowski" (à la Monsters, Inc.). Gotta love it! 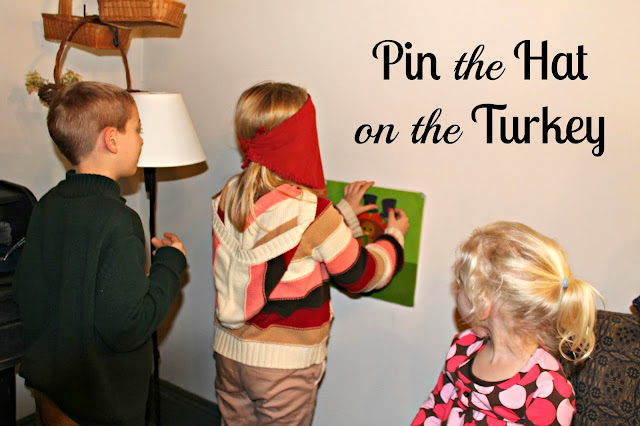 Games for the Old Not-So-Young...

Before the party, gather one or two facts about each guest that the rest may not know. Type them up (or just read them aloud) and have everyone try to match facts with folks. It's fun to learn new things about your friends and family!

As a variation, we have made a collection of facts when there are multiple guests of honor (as in our annual triple birthday celebration) and had people guess which of the honorees each statement was describing.

We had great fun one Father's Day with a list of quotes from all the fathers represented. These were hilarious! "It's a circus in here!" "You're a bird." "It's 3,043 miles from here to Sacramento, California." "Every day is Children's Day."   It wasn't too hard to figure out who had said what!

Make up a list of statements about the guest of honor, some of which are true, some false. After everyone has recorded their guesses, read each one aloud and let the guest of honor reveal the answers. (Kati's favorite subject is math. Kati is an early bird.)

Compile a list of trivia questions based on the year of birth, or the age of the birthday person. (Who was President in 1937? What musical featured the song "Seventy-Six Trombones"?)

Sometimes you can find a trivia style party game online. We chose some ideas from ~this list~ to make a Name That Candy quiz.

This is a fun one to play at an anniversary or engagement party...if your guests are good sports! (We don't want to cause any marital disharmony at an anniversary party!) Compile a list of 4 or 5 questions for the women to answer about the men, and another 4 or 5 for the men to answer about the women. (What kind of car did your husband drive when you first started dating? What is your favorite meal that your wife cooks for you?)

Print a list of the second line of a Christmas carol. Have partiers name the carol.

Give everyone a slip of paper with a Christmas song written on it. Have all the guests hum or whistle the tune (no words!) to find the others who have the same song. The first group to find one another in the cacophony wins a small prize.

Games don't have to be complicated to be fun. Sometimes the old standards are the best. Know your group, don't insist that the reluctant guests play, and keep the mood light.

What are your favorite party games? Do you like to play games at parties?

New comments are not allowed.